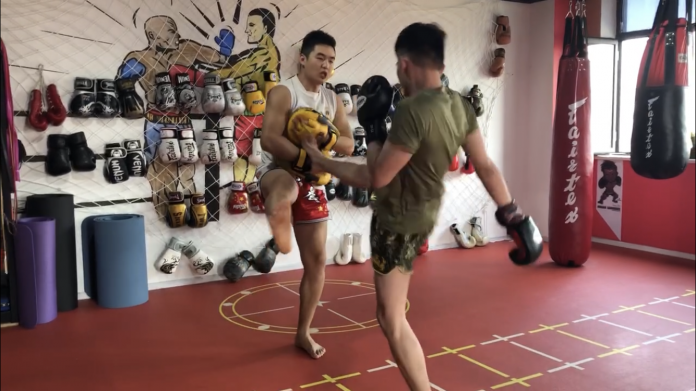 Now that we have ventured into the second week, we have become more settled into life in China and more daring to explore places that we have not been to. I mean, what’s a student exchange without going out and witnessing beautiful scenery and having never-before experiences?

After the opening of DATE 2019, and the full force of SUTD students have arrived in ZJU, we split up into our themes and we ventured to the back alley behind the hostel as my roommate told me about the back alley and how it has many small cafes and we decided to check it out.

Over there, we saw tailor shops, manicure parlours, fruit stalls, and even a cat cafe! Who would have thought that this is all located inside a university campus? It just made me feel that if one really does not want to leave the university campus, they will still live a comfortable and exciting life here, something I cannot imagine back in Singapore. 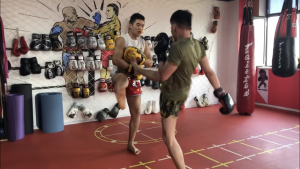 After constantly eating so much good food (but really salty and oily — I guess our taste buds are really not used to the food here), I really thought that I should work out and train back my dwindling stamina and agreed to join 2 other friends at a nearby Muay Thai free trial. This really crazy thing happened. On the way to our Muay Thai gym, our bus got into an accident and the driver slammed the brakes really hard even before it managed to get to the next stop. All the commuters just alighted but we were still sitting at the back of the bus absorbed in our mobile phones until 5 minutes later that we realised that the erratic braking of buses is not just another common thing that happens here. After getting to the gym, I realised that the trainers were all really well-experienced, and as the only person there that did not have any Muay Thai experience, I felt inadequate, but the trainer was really nurturing and patient despite his outside fierce demeanour.

Xihu in the evening, and Hefangjie at night

We decided to DiDi to Xihu to see the famous lake together and to just simply enjoy the scenery. Of course, some of my friends who went along already went to Xihu before and we were expecting an overwhelming number of visitors. To our surprise, the place was not as crowded and we managed to have a nice stroll along the lake amongst the greenery.

Taking another DiDi to Hefangjie, we immediately felt a whole different vibe. Instead of the previous calm and quaint vibe from Xihu, here in Hefangjie, the vibe was very vibrant. People were everywhere and we saw many artists showing their crafts right on the streets. An old man was shaving and carving a comb out of ox’s bone, a young lady cuts paper into intricate designs, and a band was playing right in the middle of the street.

One of the attractions near the Airbnb that we stayed in was the Yu Garden. Stepping into the garden, I felt like I was brought back to ancient China, with stunning traditional buildings all around. There were lights everywhere, a pond and a stone bridge over it. The place just looked mesmerizing to me.

As we strolled on Nanjing road, we chanced upon the Starbucks Reserve Roastery. From the outside, it looks like it just came from old London, and it was huge for a cafe. On the inside, it was just grand. It was crazy, and as a coffee addict myself, I just felt so overwhelmed by the strong aromas in the roastery. Although the coffee there was slightly more expensive than expected, we felt that we had to experience the unique way of brewing coffee that they offered there, and it was definitely worth it.

On our first night in Shanghai, we had a stroll along the famous Bund. There was where we saw the usual scene that is always portrayed in the Chinese dramas and movies that I watched back in Singapore. When we went it was already evening time and one side of the Bund was still bright while one side was already dark — it looked so surreal.