Pretty much nothing interesting happened this week – the week could be simply summed up in just four words: “Eat” “Sleep” “Work” “Repeat”.  Heck, now that I think about it, I didn’t even step out of the school compound at all; the only three places I went to were hostel, IDI and the canteen.

I “外卖ed” most of my meals for the week; to be honest, most of the time, I didn’t even know what I put in my mouth – my eyes were glued to the computer screen rather than the food on my spoon.

I managed to catch sufficient sleep, just at irregular hours. Because I slept at unearthly hours, I got to observe a lunar eclipse which happened at around 3 am in the morning. 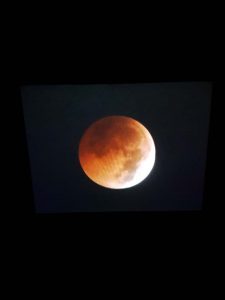 After a few more rounds of critique with the professor, we FINALLY finalised the design of the archaeological studio. With that, we embarked on model making.

Our professor was reluctant to let us laser-cut the parts for our model, so, we had to hand cut most of the core parts of our model. Drawing lines on the PVC material using a pencil, T-square and ruler proved especially challenging for me – the lines I drew always deviated from the required measurements by a few milimetres and were not perfectly perpendicular to each other. Because the dimensions of the parts of our model were in precision of half a millimetre, such deviations, though seemingly small, have a huge impact on the final assembled model and are thus intolerable. As a result, I had to erase and redraw the lines a few times before they were acceptable. 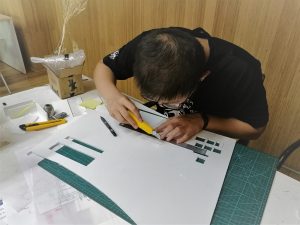 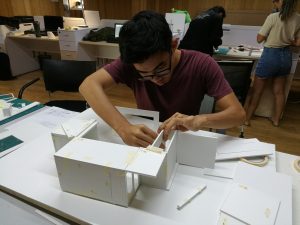 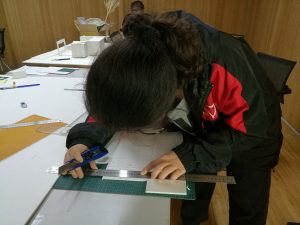 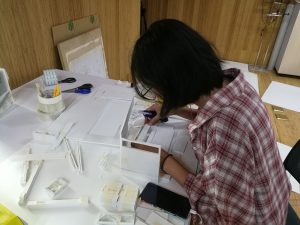 Although we did purchase miniature furniture for the interior of our model, we decided not to use them (I mean, where’s the fun in that?) and to make our own furniture. The parts for our miniature furniture were laser-cut (after some nudging, we managed to convince our professor to let us laser cut). Though laser-cutting had its perks, it also had it downsides; bleaching of the laser-cut parts had to be done to remove the soot and burnt marks on the cut parts. 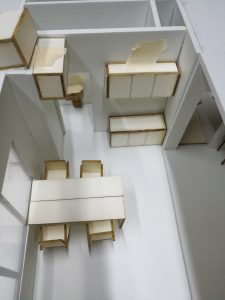 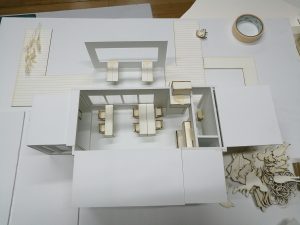 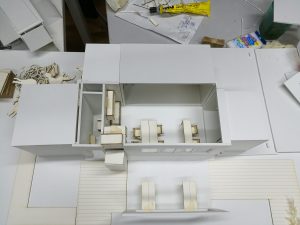 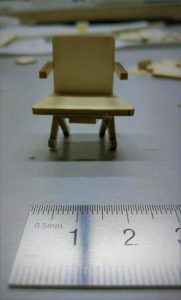 I have really got to hand it to my group mates for all the thinking they did to come up with the template for all the parts of the model; it really was a great feat.

The process of building the model was at times vexing but overall, it was still quite fun; I derived a huge sense of achievement from it. Sad to say, my theme can’t bring our models back to SUTD this year due to the lack of budget.

Now that ALP is drawing to an end, in retrospect, I don’t regret my choice of theme. In fact, it is probably one of the best decisions that I have ever made. Although the skills acquired from it may not be transferable to my intended pillar, I thoroughly enjoyed what I did and that to me was what that really mattered. ALP to me, was the perfect opportunity for me to experience ASD life, something that I was very curious about but would have no means of experiencing (since I am not going there) if not for the programme.

That’s all from me this week!