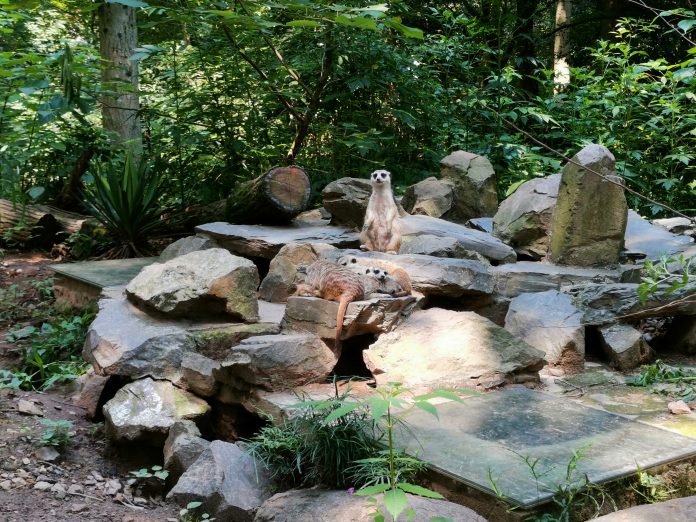 It’s been a relatively uneventful, but important, fourth week for me. We’ve finally reached the end of our first DATE 2019 module, Design Thinking and Expression. Thanks to that, we’ve gotten a much desired, though brief, respite from the ordinarily chaotic schedule.

The first interesting item on my list this week is my fourth and final culture experience activity, to Hangzhou Hikrobot Technology. Their products can be divided into primary three categories: mobile autonomous robots, unmanned aerial vehicles, and surveillance technology.

The mobile robots are applied primarily for use in logistics, with various models that have differentiated functions. There are sorting robots, forklift robots, transport robots, as well as conveyor belt robots.

Besides manufacturing drones used in applications such as firefighting, law enforcement, and ‘public security’, Hikrobot also dabbles in anti-drone technology. On display was a large rifle-like apparatus, capable of disabling illegally operated UAVs by disrupting the communications between the drone and the operator.

But by far the most impressive, and downright terrifying thing I saw was the extent of surveillance technologies they had available. There are thermal cameras, night vision cameras, panoramic cameras, and just about every other sort of visual imaging instrument imaginable. The great irony is that we weren’t even allowed to take photographs or videos of these cameras (or anything else, for that matter; that’s why this section is just a wall of text).

It wasn’t the cameras that were scary, though. It’s the reality of what they’re being used for. Halfway through the tour, we given a demonstration of the capabilities of their surveillance systems. One video screen showed a live feed of anyone standing in front of it, and produced a real-time prediction of their gender, age, and height, based solely on the video feed. Another used faces recognized from the other screen, cross-referenced it with their live CCTV database, and created a map of other locations across the exhibit where we had been seen by their surveillance systems.

Here’s the real kicker – this kind of technology is already being used with cameras all across the entire city (and probably beyond). We were shown the live feed from a camera at a traffic junction, which was resolving and capturing, in real-time, the faces and license plates of the hundreds of people and vehicles in the image. Gone are the days when one needs to plant a physical bug with radiolocation capabilities to track a person. Now, all you have to do is show your face in public, and your current location, along with whatever you’re doing, is no longer a secret.

The day after the visit was the final exhibition for our Design Thinking and Expression course. We displayed an interactive origami robot which we had designed and refined over the past four weeks. My group modelled our robot after a seal. 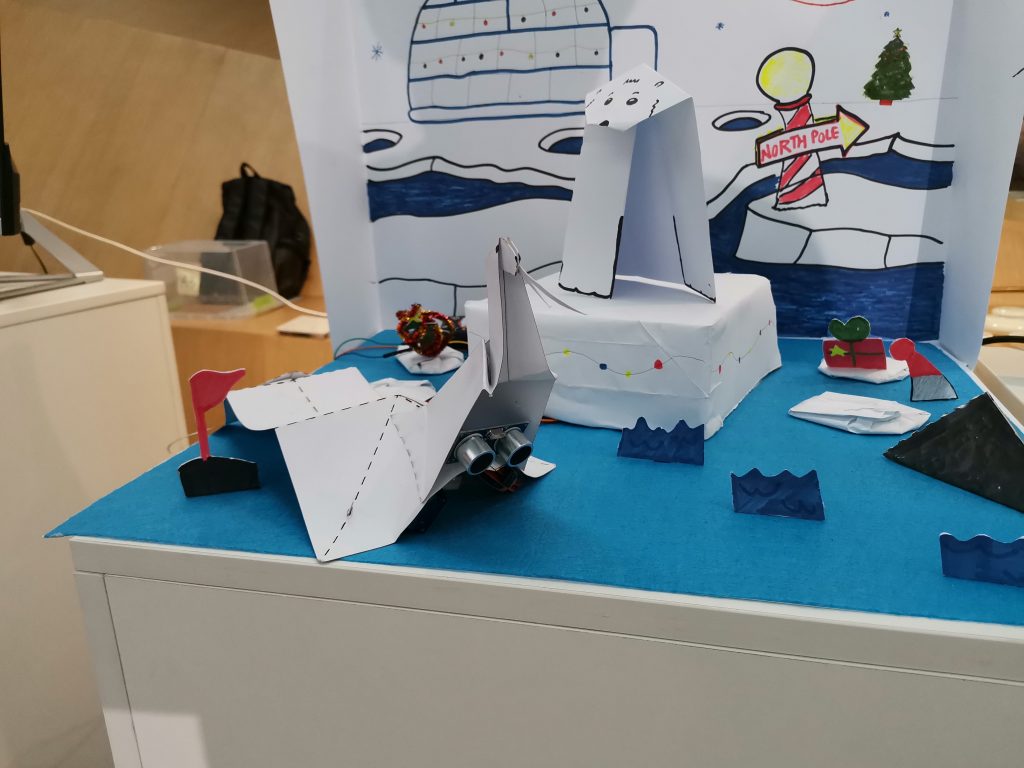 My contribution to the project mainly involved the design and writing of the software for the robot’s various actions and interactions with the user. Fortunately, I have had previous experience with arduino-based systems involving sensors and servos. A new challenge that I faced this time, though, was in creating a system which could process sensory inputs, interaction logic, and perform actions in parallel, without any of the processes blocking off the progression of another. This ultimately didn’t prove to be too difficult to do, and the final product turned out pretty well (in my opinion). 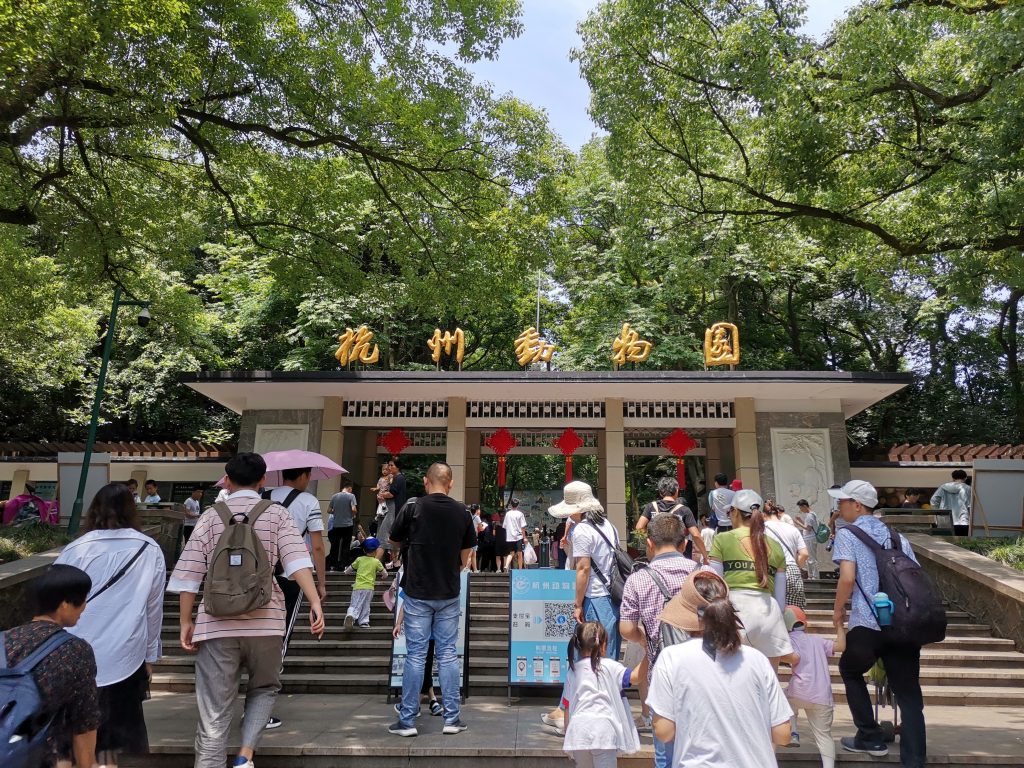 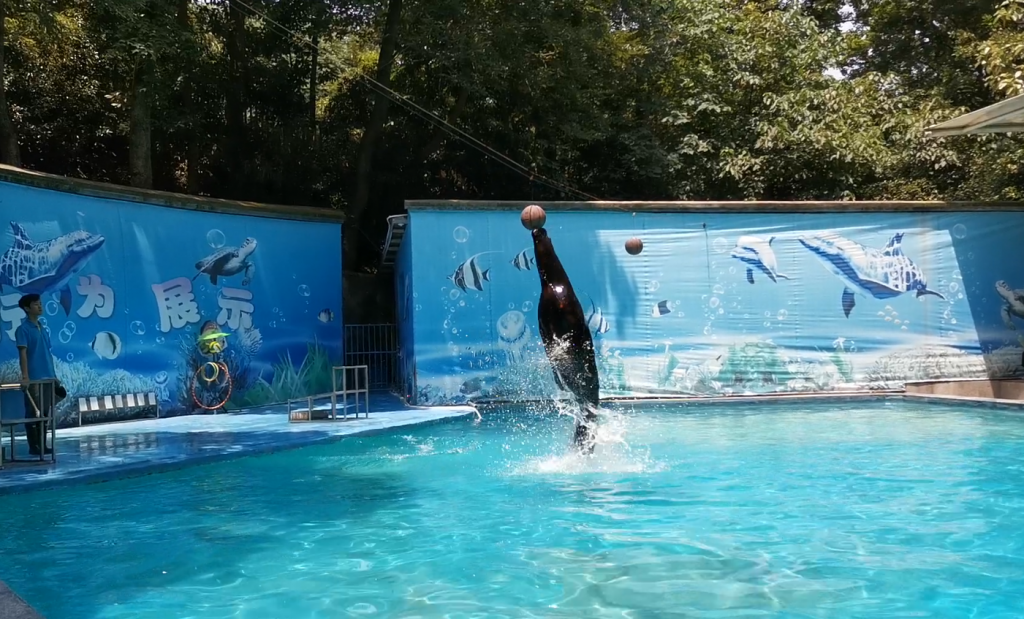 Unfortunately, the price difference is evident. A majority of the animals, including the giant pandas, were kept in small, bare concrete rooms with a large glass window. Many of them had to endure incessant knocking on the glass by certain visitors (despite signs pasted all around prohibiting said knocking). The design of these enclosures underscored the captive nature of the animals. 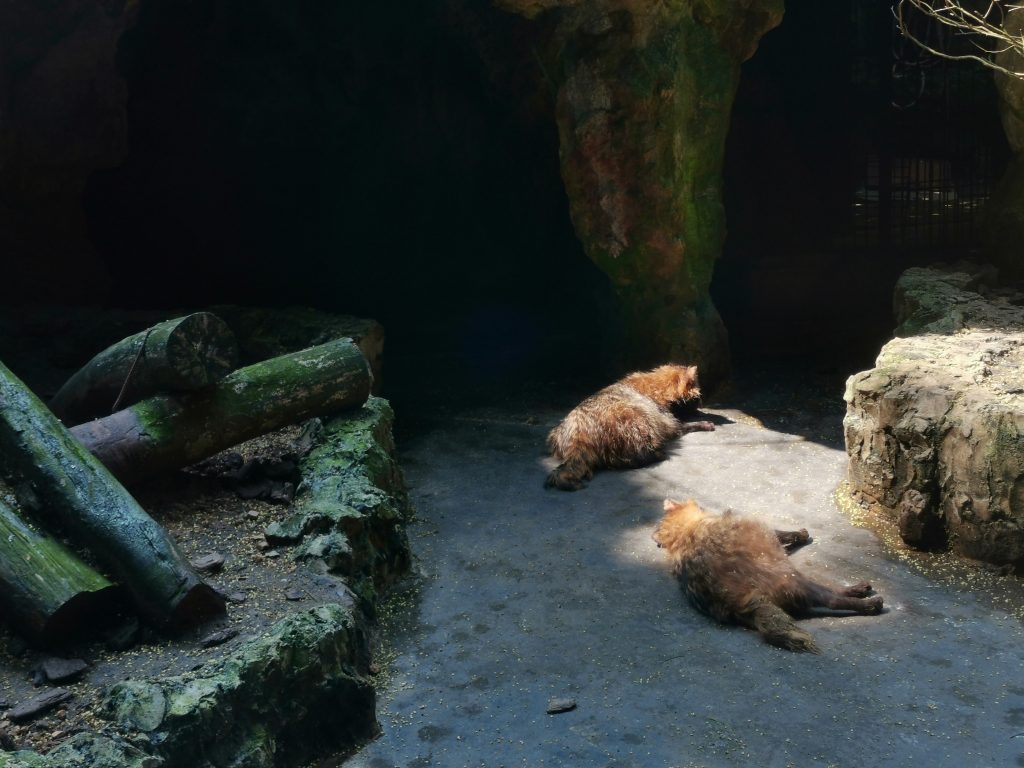 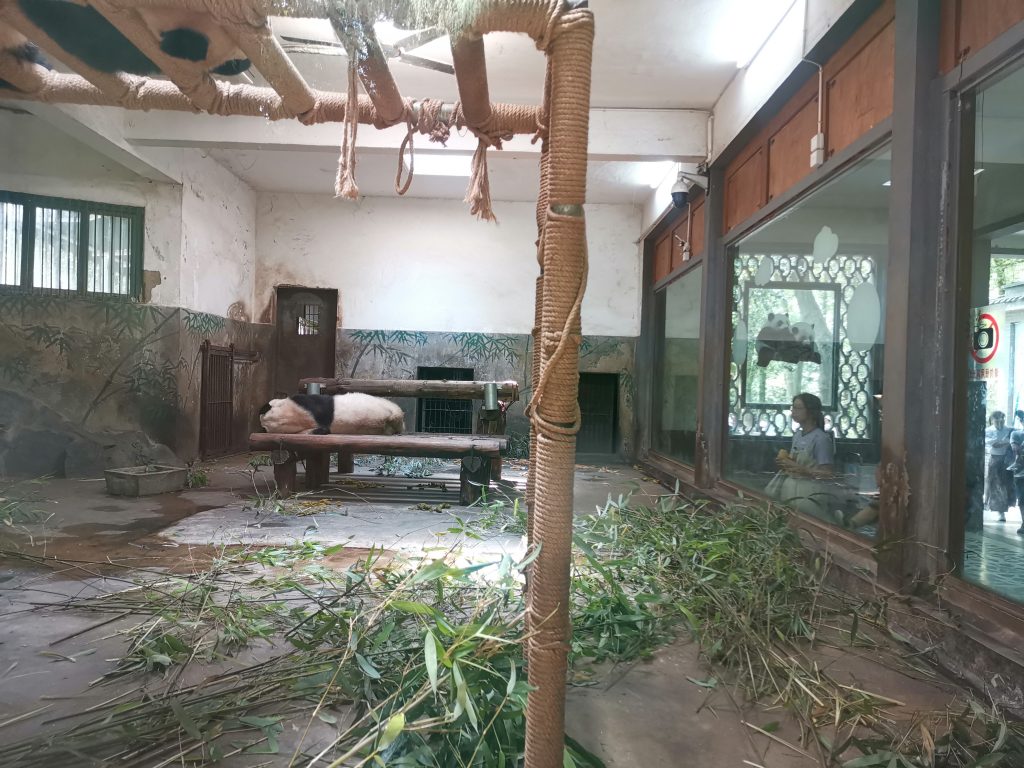 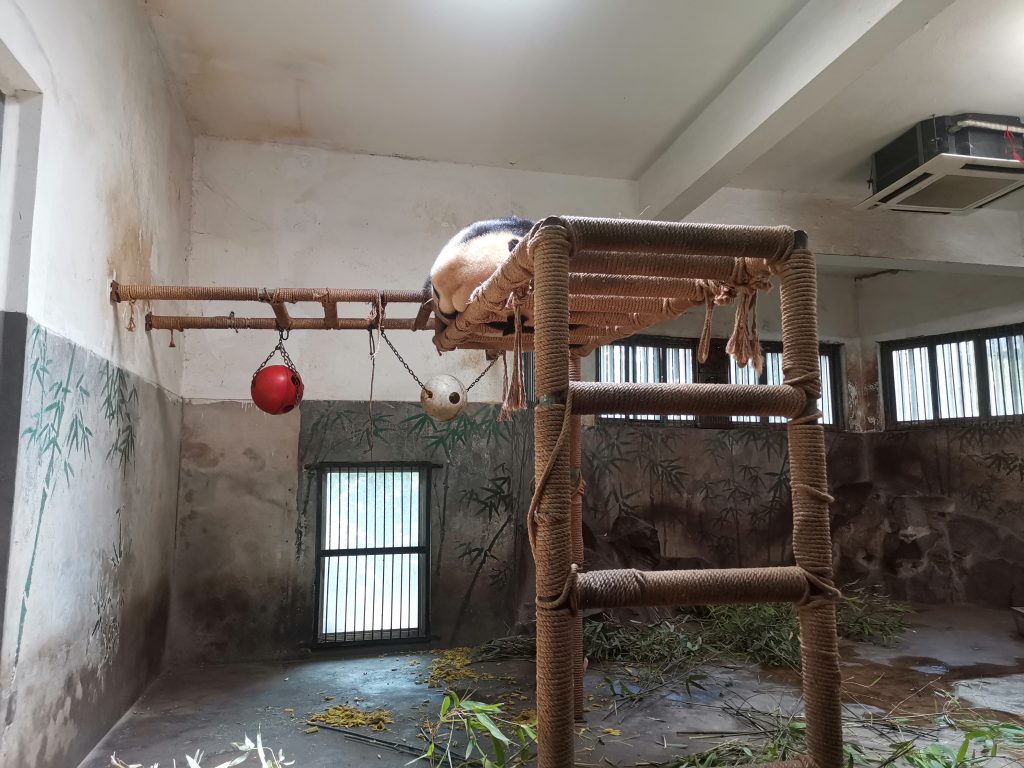 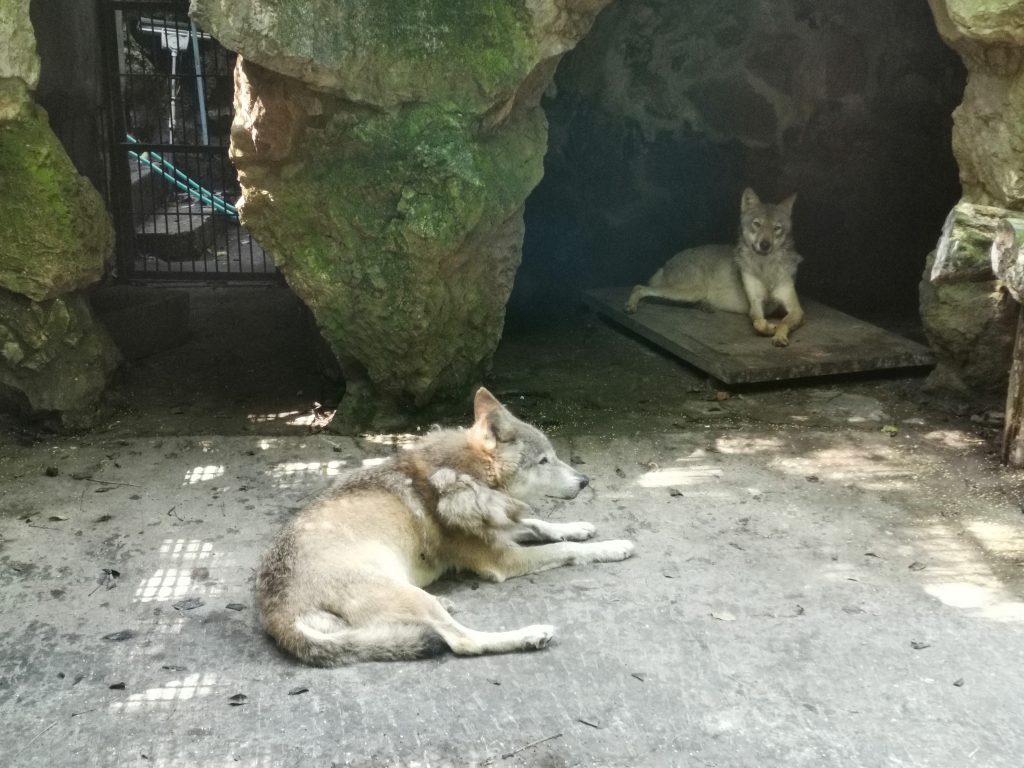 Those who were (un)lucky enough to be kept in open-air enclosures had to deal with visitors pelting food and other objects at them in an attempt to get their attention (despite, once again, signs pasted all around prohibiting said pelting). 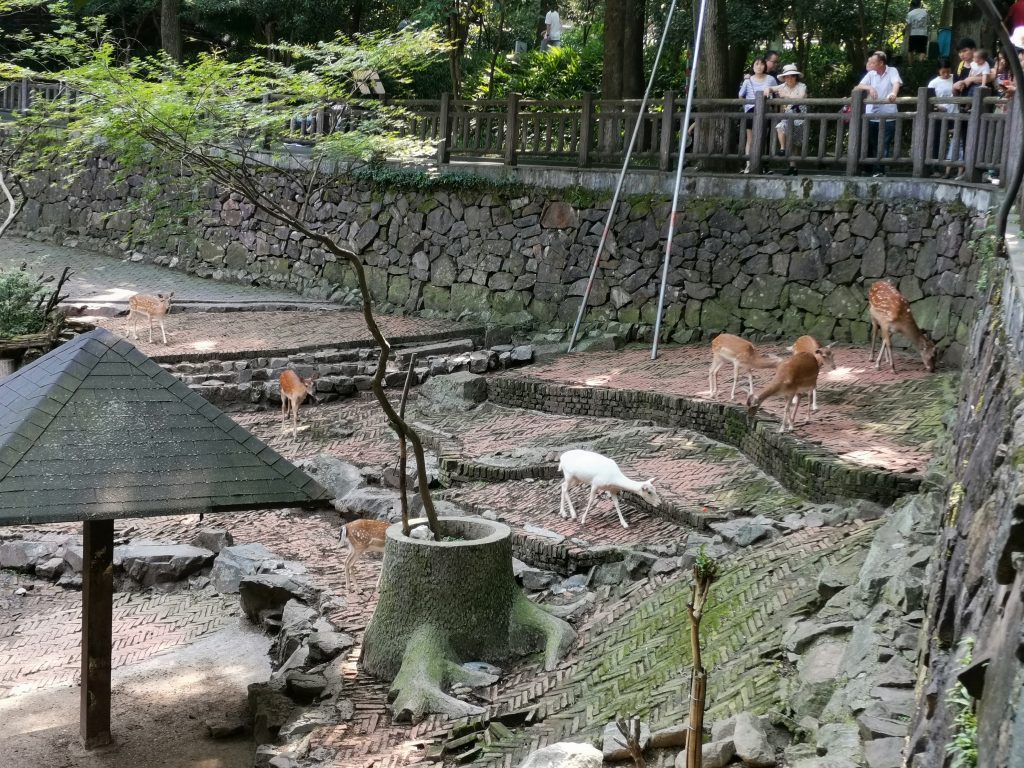 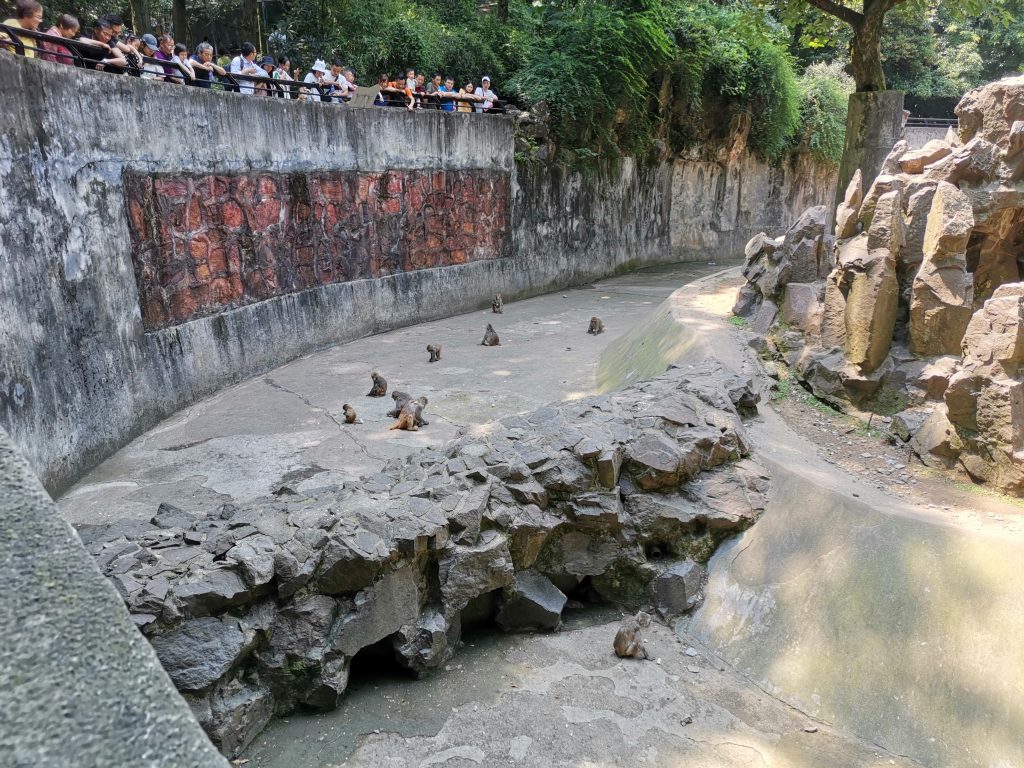 And with that somewhat sour note comes the end of my first month in Hangzhou.
(In all honesty, there is a lot more that I would’ve liked to say in this post. But I trust that the discerning reader will be able to understand that there are certain limitations which I am subject to in writing such a publicly visible post.)