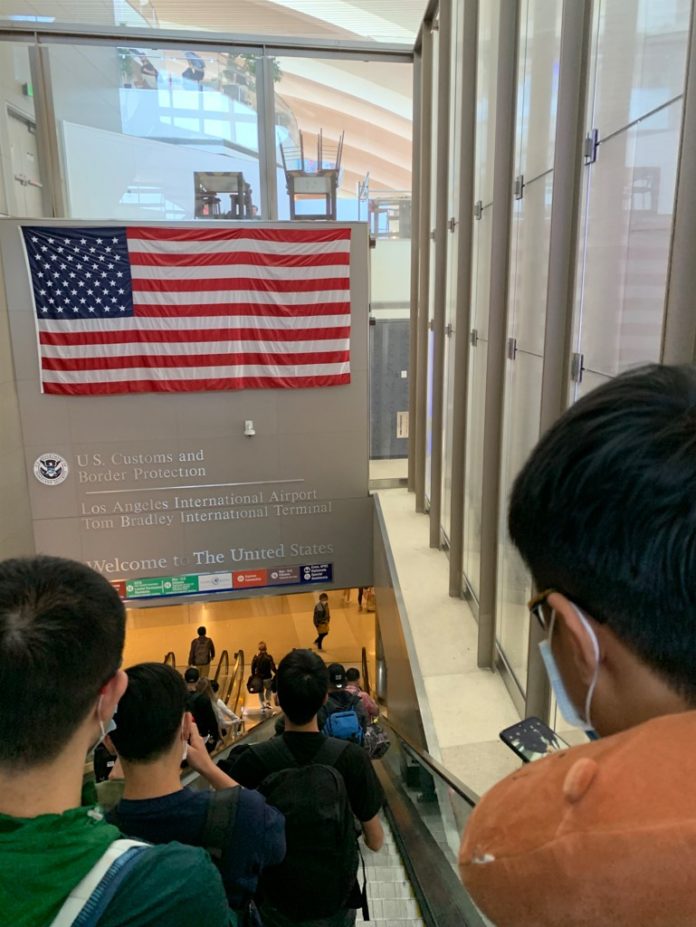 Los Angeles (LA) is a city in California that is famous for its Hollywood celebrities and the iconic Hollywood Sign landmark. Thus, our group decided to fly to America a few days early before the school program started to Los Angeles International Airport and spend a few days in LA before taking the Amtrak to Emeryville and then heading to UC Berkeley. Below are 4 things we did in LA that we felt were the most memorable and provided a unique experience.

Come to Six Flags Magic Mountain in (LA) where you can ride so many kinds of rollercoasters! 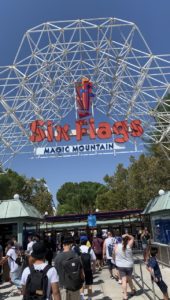 Part of the amusement park has a DC Comics Theme!

Some examples of the rides include the Superman Escape From Krypton, Wonder Woman Flight Of Courage, Riddler’s revenge, and Lex Luthor Drop of Doom.

There is even a stand-up rollercoaster which is very rare in the world such as the Riddler’s Revenge!

One of our favourite rides is the Tatsu. This is because the seats tilt your body forward, and it makes you feel like you are flying through the air at high speeds.

Now, let’s go to the most famous place in LA – Hollywood!

Go to the walk of fame where you can see your favourite Hollywood celebrity names on the streets. 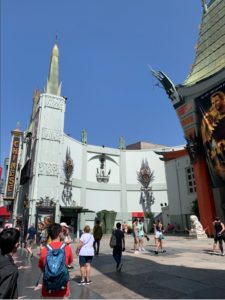 Then head over to the famous TCL Chinese Theatre where you can compare the hand and shoes sizes of your favourite celebrities. Some celebrities include the cast of Avengers, Hunger Games, and Star Wars.

You can also go to Runyon Canyon Park for hiking which is a 20 min walk away from the Chinese Theatre.

Go to the Griffith Observatory to see the sunset and the scenic overlook of Los Angeles. You can also see the famous Hollywood sign from here.

There is a FREE shuttle bus from Vermont/Sunset Metro Red Line station. It can also get cold at night up there. It will be a good idea to bring a jacket too.

Remember to charge your cameras and phones and take some nice photos. A scene from the movie La La Land was filmed over here! 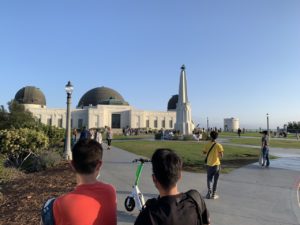 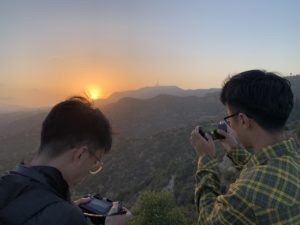 Come and watch a baseball game in the Dodger Stadium!

It is an enormous stadium with a human capacity of 56000 people. The duration of the game is about 3 hours.

Immerse yourself in the sports culture and the enthusiastic atmosphere of the fans. Be ready to make waves, cheer and stand up to sing the American National Anthem.

Be careful though, you might be zeroed in by the Dance cam or even the Kiss Cam. If they broadcast you and your friends on the big screen, you know what that means… HAHAHA 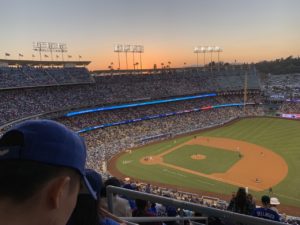