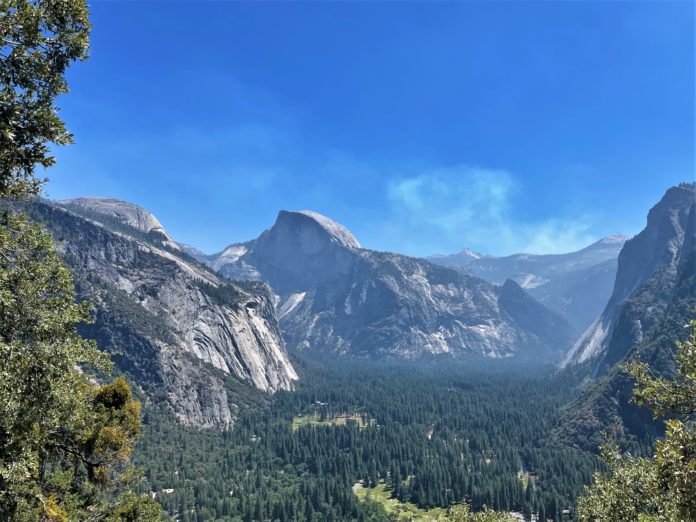 Yosemite National Park is a national park located in eastern California. It is known for its beautiful waterfalls, sequoia trees, and cliffs. And it is one of the most memorable places we have been in this trip. 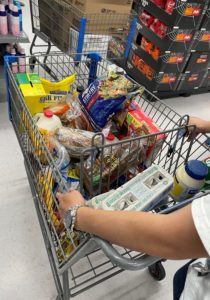 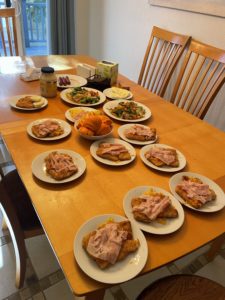 We rented a house that we found on Airbnb nearby the Yosemite National Park area for three days. The place was amazing. However, since there was no market or restaurant nearby, we had to buy groceries by ourselves and cook every day. 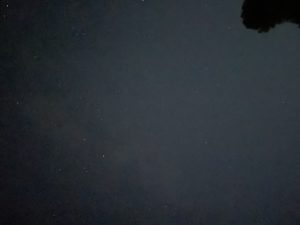 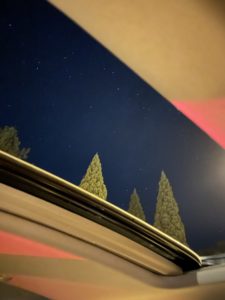 We ate cereal for breakfast, packed simple sandwiches for lunch, and cooked something filling for dinner. Yet, the facilities and rooms were very clean and well-organized. In addition, we could see numerous stars, even shooting stars, at night. 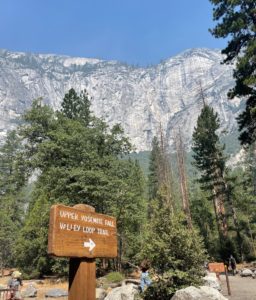 On the first day, we hiked the upper Yosemite Fall trail. We hiked around 12.3 km, and it took around 9 hours including recess, lunch break, and enjoying time for us. We arrived at the entrance at around 10 am. My first impression of Yosemite was so beautiful and grand. On the way to the upper Yosemite fall, there are several viewpoints. Each viewpoint has similar but different scenery, so it was not boring and less tiring. You can see the Half Dome clearly from the first viewpoint.

This is a picture that I took from a spot where we can see the upper Yosemite fall the most well. However, due to global warming, we couldn’t see the water falling obviously. 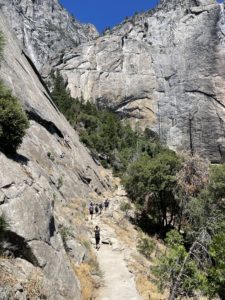 As we hiked more and more, the elevation got steeper, but it was enjoyable because we hiked altogether and relied on each other.

Finally, we reached the top of the waterfall. Since it was very steep and dangerous, we couldn’t go close to the water-falling point, but we took a great rest at the water body of the waterfall. We relaxed our feet in the cold water. 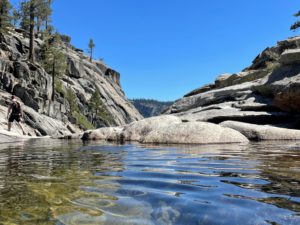 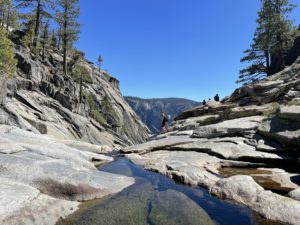 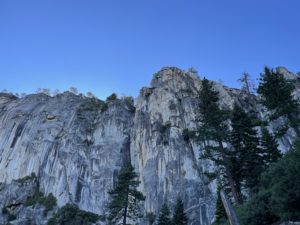 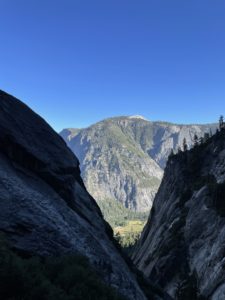 After taking enough rest, we headed down to our car park. However, even though hiking up was a challenge, hiking down was even more dangerous. Therefore, if you are planning to hike the upper Yosemite Fall trail, then please prepare proper hiking shoes, and if possible, then it will be great to have a hiking stick. 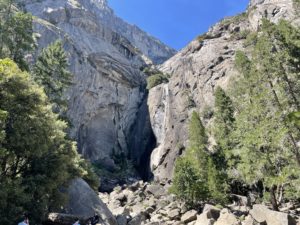 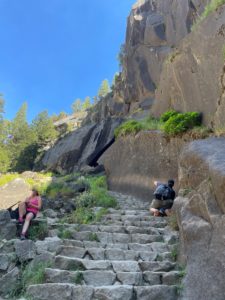 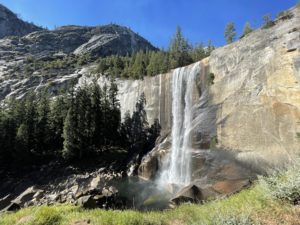 However, the most beautiful waterfall among those three I saw in Yosemite is Vernal Fall. The Vernal Fall hike was also easier than the upper Yosemite fall trail. Including the Mirror Lake hiking, we hiked around 10.9 km. Vernal Fall has more stairs rather than a steep hill compared to the upper fall. 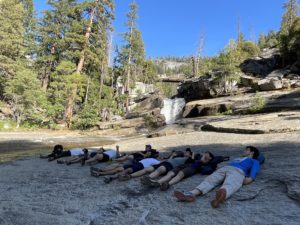 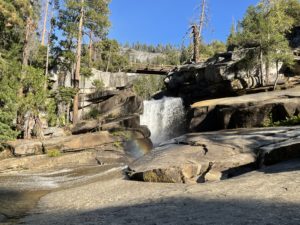 When we reached the peak of the waterfall, there was a spot where we can relax, so everyone lied down and took a sweet nap. Since Vernal fall is less popular than the other falls, there were not many people along the hike. Thus, it was more enjoyable. 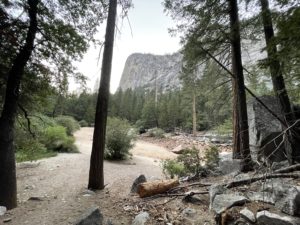 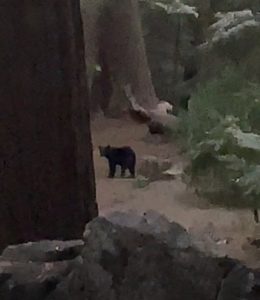 After hiking down to the entrance/ exit, we headed to the mirror lake. However, the lake was fully dried so we couldn’t see any lake there. Yet on the way to take a shuttle bus, we saw a baby bear. Since it was a bit far away from us, we assumed we are safe. But just in case, its family is nearby us, we quietly moved back to the bus stop. 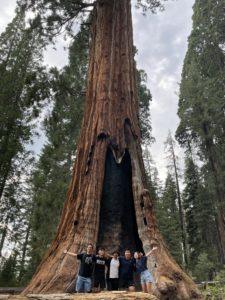 On the last day, we drove to Sequoia National Park. Since we had a limited time, we didn’t hike through a trail. We just went into the park and saw the main, popular sequoia trees. One of them is called the ‘General Sherman’ sequoia tree. 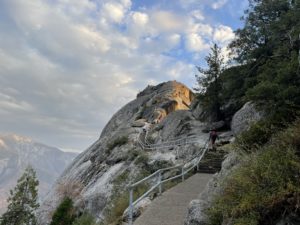 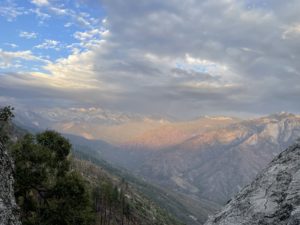 After looking around the trees, we drove to the Moro Rock hiking trail. It was a short hiking trail; it took about 30 mins to hike up and down. Since we went there at sunset time, we were amazed by the view. 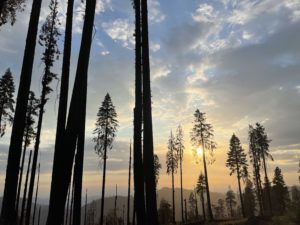 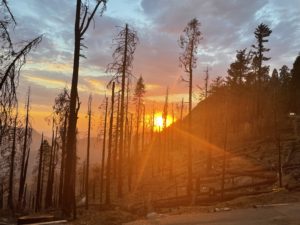 We hiked a lot for those three days. It was a bit tiring, but it was worth enough and enjoyable. If you like to hike, then I strongly recommend you to hike in Yosemite National Park and Sequoia National Park ! 🙂