The pride parade is an event celebrating LGBT culture and pride. San Francisco is very open to those LGBT communities. At ordinary times, there are many homosexuals showing love to their lover. The pride parade usually takes place in June. We went to San Francisco to watch the parade on the first Saturday in the USA. It was a great sunny day. Rainbow flags were everywhere. Groups of people marched on the market street, the widest street in San Francisco. There were groups from police, judges, firefighters and the even University of California Berkeley! Those participating in the parade wore fancy and colourful clothes, played rhythmical and loud music, and danced to the beats. Some of the participants and spectators were naked. The parade route starts at Embarcadero metro station and ends at the civic centre metro station. There were many performances in front of the white classical building of city hall, which is the end of the parade route. The vibes were vibrant. Every participants and spectator were happy and confident. In my opinion, it is not only an event for the LGBT community but also a great chance for everyone to pick up their confidence and express themselves. 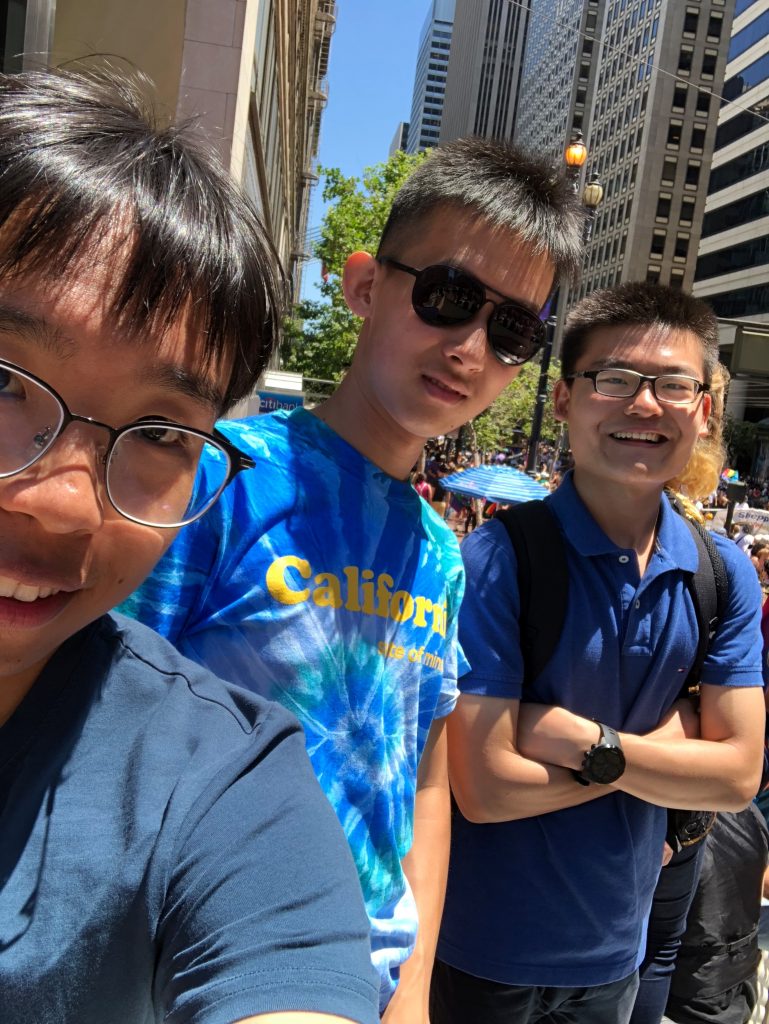