It’s been half a week since we first arrived at Stanford University and we have finally more or less settled down nicely to stay over for the next two months. I just love how the university seems to look like one gigantic park with lush green trees and plants along the pavements. Stanford is way bigger than our university back at SUTD and takes quite some time to travel from point to point, so thank god we managed to get bikes over at Walmart before the went out of stock!

Travelling around Stanford is a breeze on bikes and truly deserves the Platinum Bicycle friendly university award! Bike lanes are designated almost everywhere along the roads and it feels really safe to be cycling even beside all the cars. Throughout our time here so far we managed to explore a couple of places around the campus such as the Memorial Church, The Hoover tower and The Oval (as shown above) all of which look absolutely stunning.

Hearing about the huge sale that’s going on down at the Stanford shopping mall, a couple of us rushed down after lunch to go and check out what all the buzz was about! The moment we arrived, we were bewildered by the prices presented in front of us for branded goods such as Abercrombie and Fitch, Banana Republic and GAP which were all having an almost half price sale going on. It was truly a haven for shoppers and we could not resist the urge to spend! We also got the chance to drop by many other shops that we could only dream of visiting in Singapore such as See’s candies which had a vast array of delicious sweet treats and a Tesla showroom! 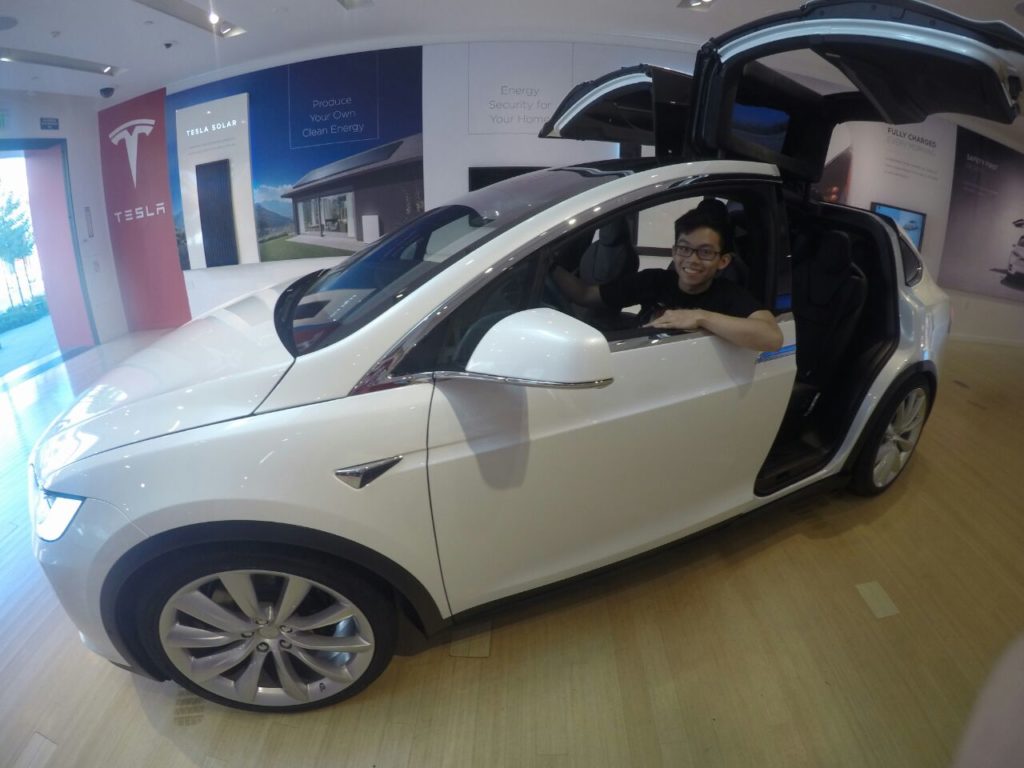 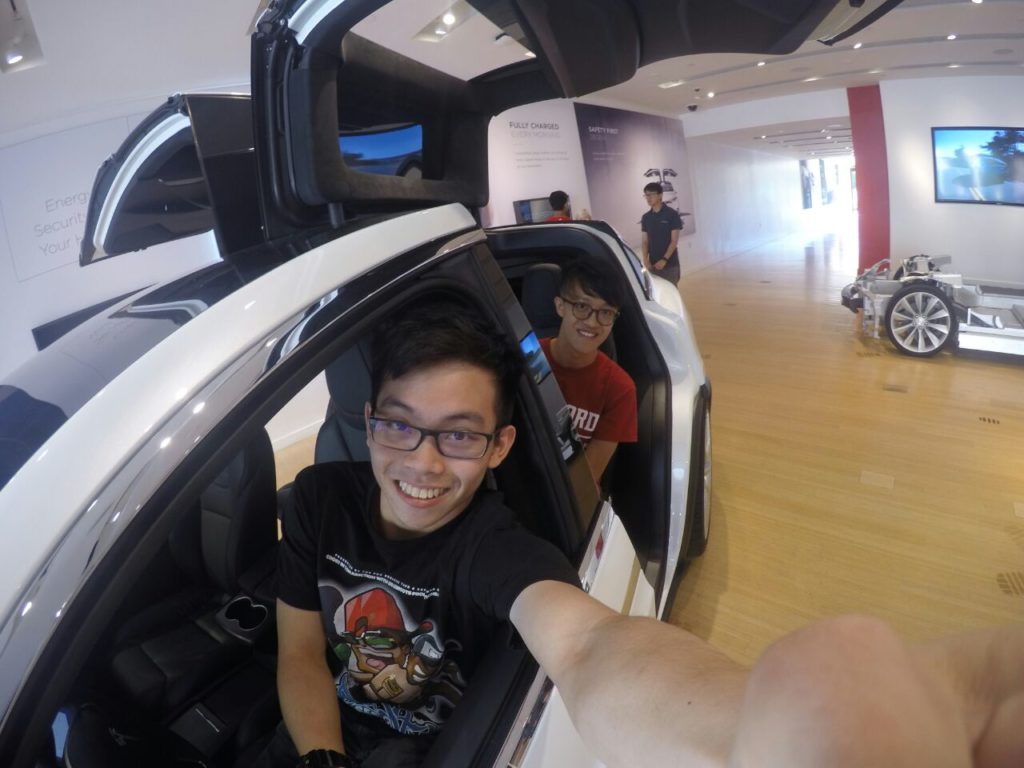 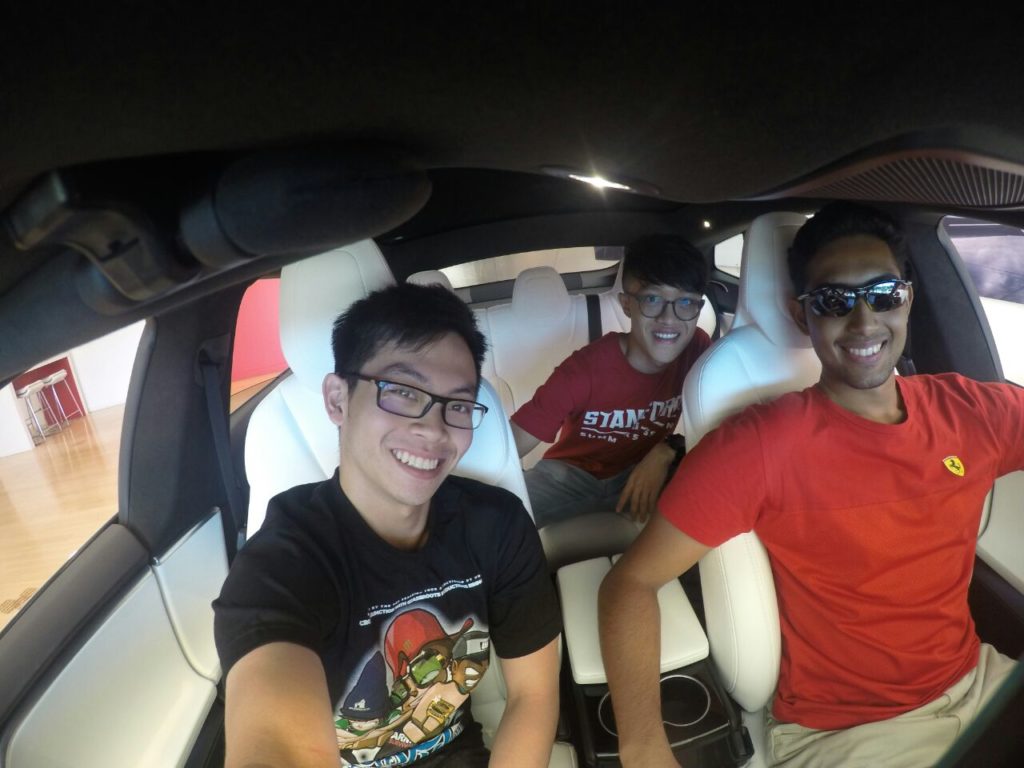 I had a great time over at the Tesla showroom which explained more about the new Tesla model X and model S to us. It was a great learning experience as the dealer was willing to share with us more about the future of Tesla in expanding throughout the world, and was so passionate about bringing in cleaner greener tech around the world. The car was truly state of the art technology, as we learnt the it was capable of assisting the drivers on the roads with its Autopilot feature through the use of multiple cameras and sensors. It seemed to me that the future of self driving cars is near!

It has been a great start to the Summer Program and I’m excited for lessons to begin as well. Till next time!