Home Exchange Blockchain, Culture and Conversations: My CuriousU Experience
Facebook
Twitter
Pinterest
If I were to tell you that at CuriousU, you’d have to sleep in a tent, take 7 minutes to walk to the nearest toilet/shower area and have cheese toast at virtually every meal, you might wonder why anyone would choose to do such a thing to themselves.
Rest assured, these are literally the only ‘downsides’ at this summer programme. In fact, it was more of an experience of what some Europeans enjoy and are accustomed to – camping outdoors and enjoying what nature has to offer. While I had learnt a lot in my course elective, blockchain technology, I personally felt that my biggest takeaway at CuriousU was experiencing how different cultures functioned and the beauty of each individual one.
Take this great guy on the left, for instance. His name is Daniel, and he is a Swiss national. There was this day after class when Chang Hsi, Jingqi and I had a long discussion with him about the differences in Swiss and Singaporean culture, which left me very intrigued about how much of our country’s governance might have been shaped after the Swiss system. For instance, Switzerland has four national languages – German, Italian, English and Romansh, which is relatively more obscure as it is spoken only by a small group of people and is in fact made up of a combination of different languages. While each person may not know every national language, when they travel outside of their hometowns for instance, they communicate using English, which is generally regarded as the bridging language. That sounds really familiar, doesn’t it? Additionally, Switzerland is also generally very supportive of businesses, and although some may disagree, I actually personally believe that our country is as well. One of the ways in which this is reflected is through the concentration of blockchain-related companies registered in both Switzerland and Singapore. In both countries, personal tax rates are also relatively lower, which hence explains why both countries do not have a state welfare system. There was much, much more that we talked about, but I was left very impressed by our founding fathers, who took the best practices and principles from different countries and implemented them back home. The conversation actually gave me a renewed sense of appreciation for Singapore. Given that I didn’t actually quite know what this year’s National Day song was until Yustynn googled it while we were at CuriousU, suffice to say, I needed it. 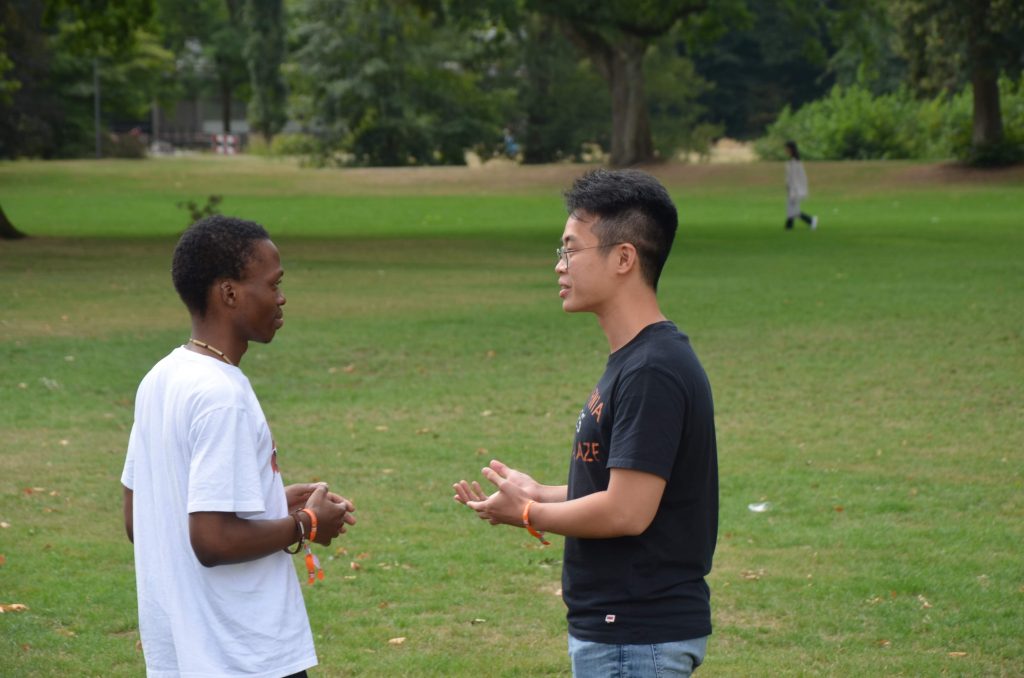 On another occasion, while walking to the washroom after a meal, I also met Refiloe, who is from South Africa. Daniel mentioned that in Switzerland, it was expected for one to leave home at the age of 18, and I wanted to find out if it was similar in South Africa. He then explained to me that it was a combination of high unemployment rates and strong family ties that caused most black South Africans to leave home only when they were relatively older. I found that fascinating, because it reminded me a lot of our local culture which also tends to value family relationships. Of course, we also move out late because most of us cannot afford a private apartment immediately after graduation and we’d have to wait until we are married to move into a HDB apartment #landscarcityproblems. That aside, I also learnt that the South Africans really valued relationships, because the next time Jingqi and I met Ref, he actually called her by her full name! Which is an amazing miracle, since everyone else calls her JQ because Mandarin tends to be really difficult for them to pronounce.
There were also a ton of other cool things that happened at CuriousU. We had frozen strawberry yoghurt which was made using liquid nitrogen on one day, which tasted really good: 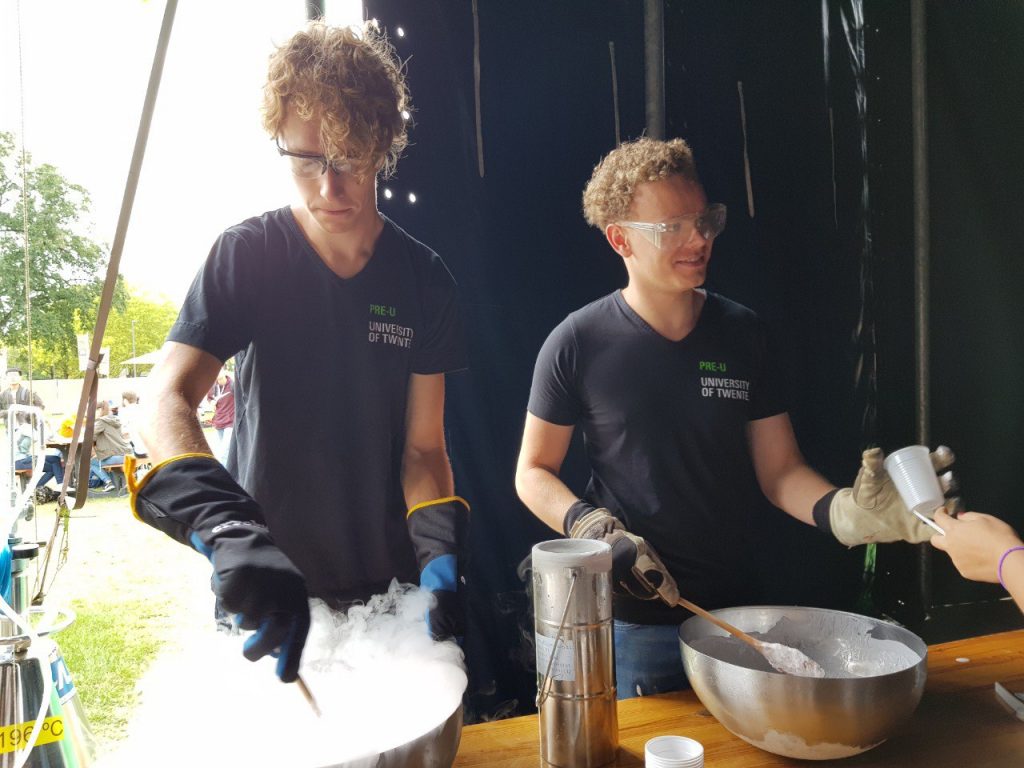 There was another day when we also spent time playing mini-games together, where we had to eat cake from a hanging string without using our hands: 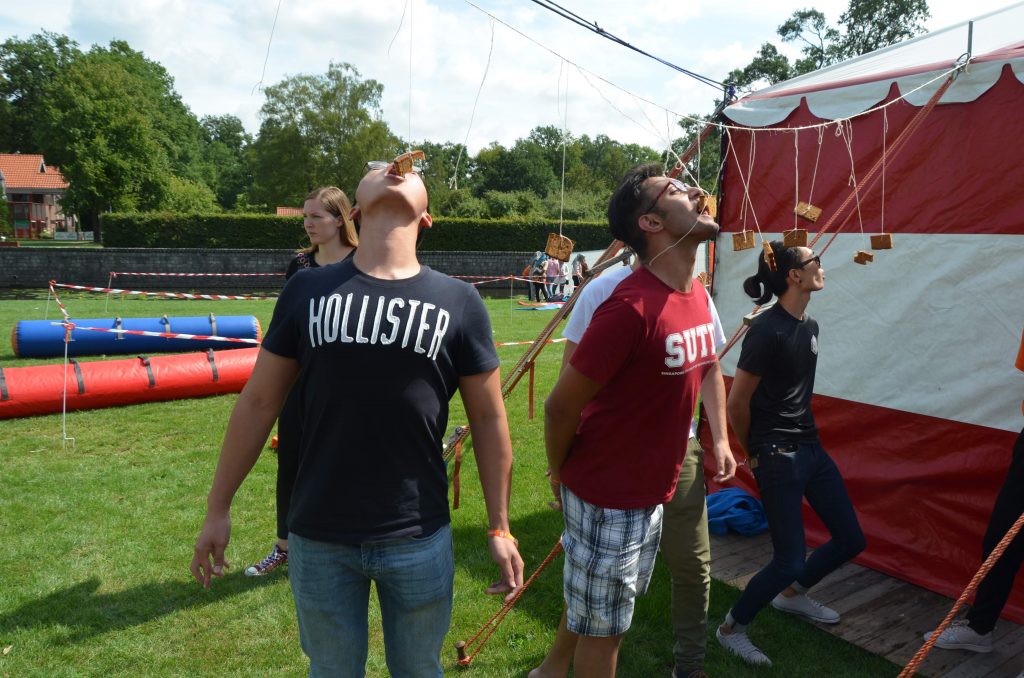 bounce together as a group to the finish line: 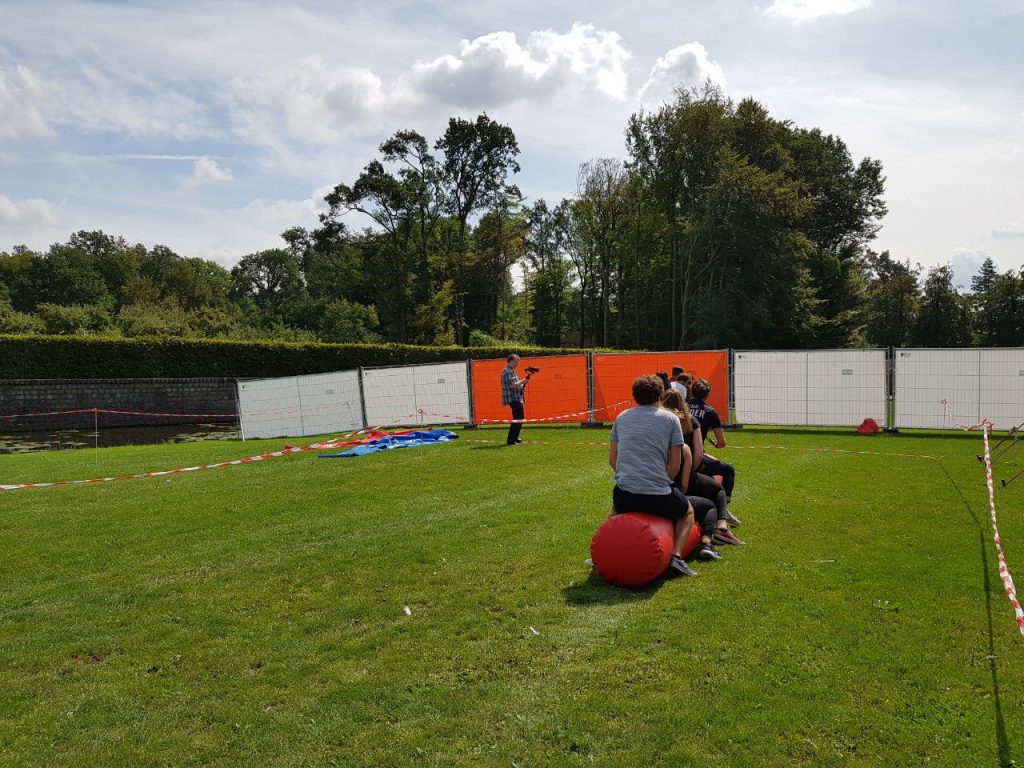 and walk on planks to another finish line: 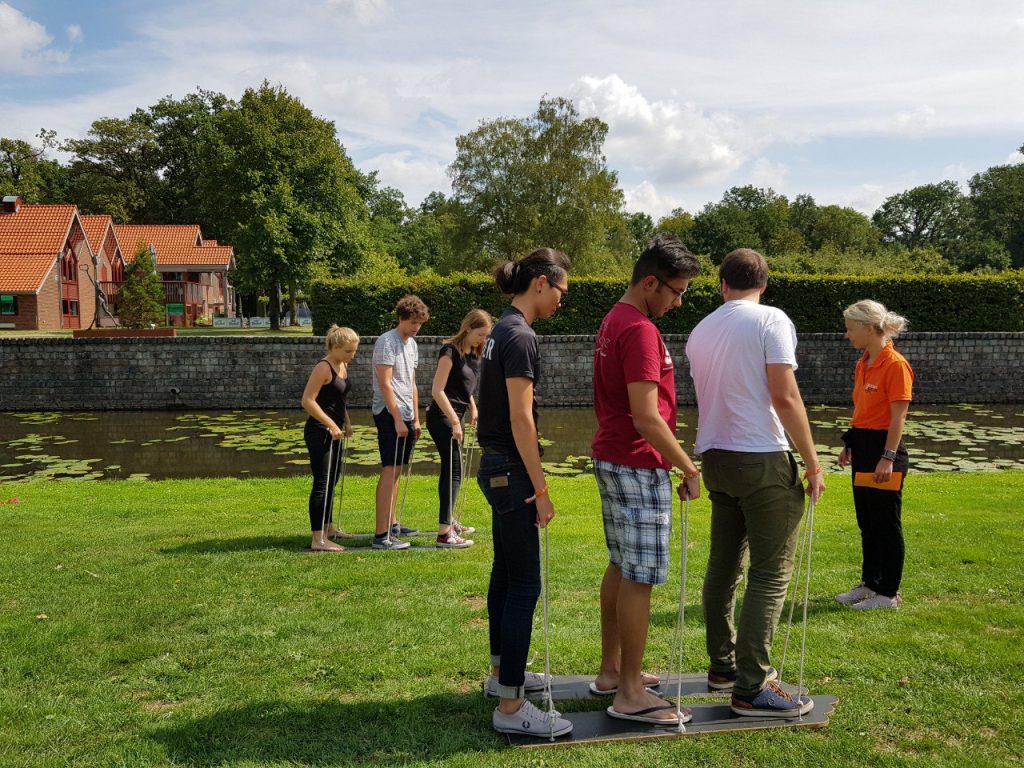 among other things. It was then that I found out that Chang Hsi was a very talented carnival games player because he finished this game almost twice as fast as his competitor: 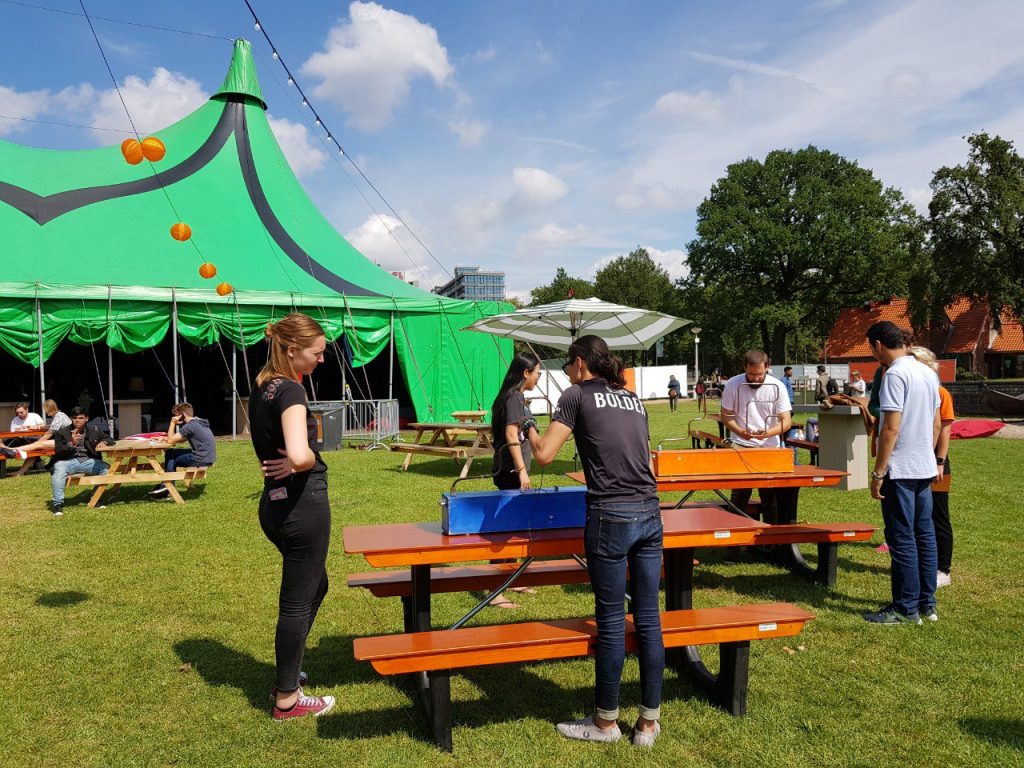 and that he was really strong as well, because he was able to carry a dude who was probably almost 1.5 times his weight (ie. Me) so that I could finish my cake, which by then, was way too high for me to reach.
We also had a graffiti art session in which I was able to spray paint something dank:
Which, if anyone is wondering, was inspired by how I felt that most of us are merely going through the motion of life and are only pursuing dreams that are deemed to be prestigious or financially sustainable.
Of course we also had beer: 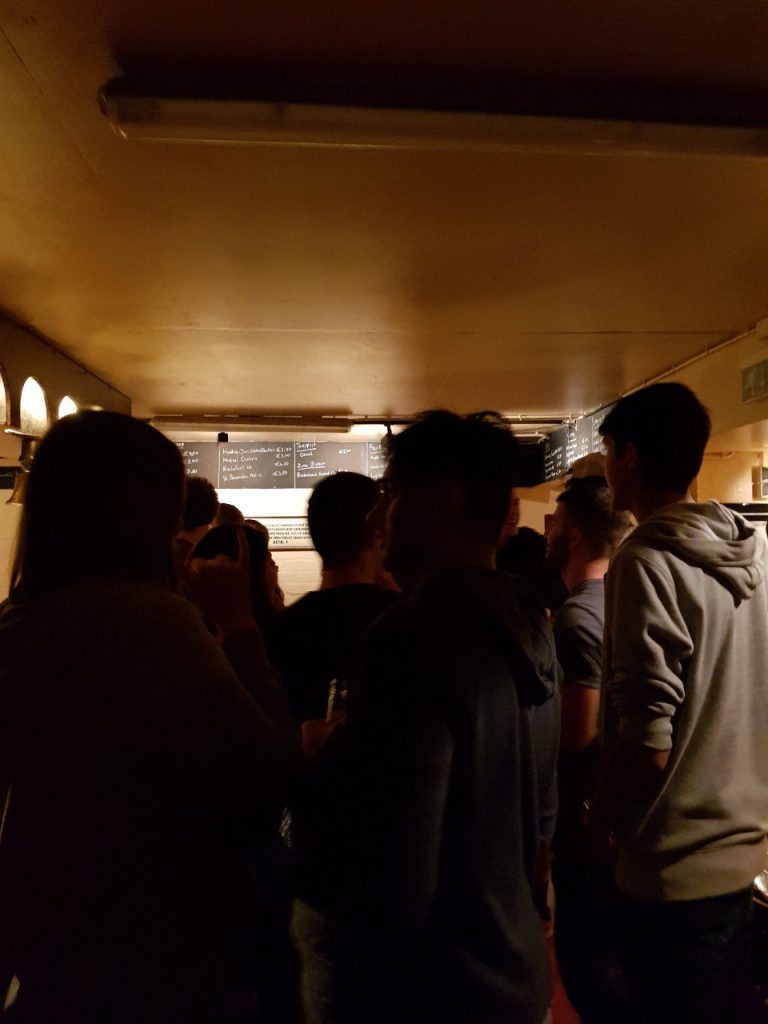 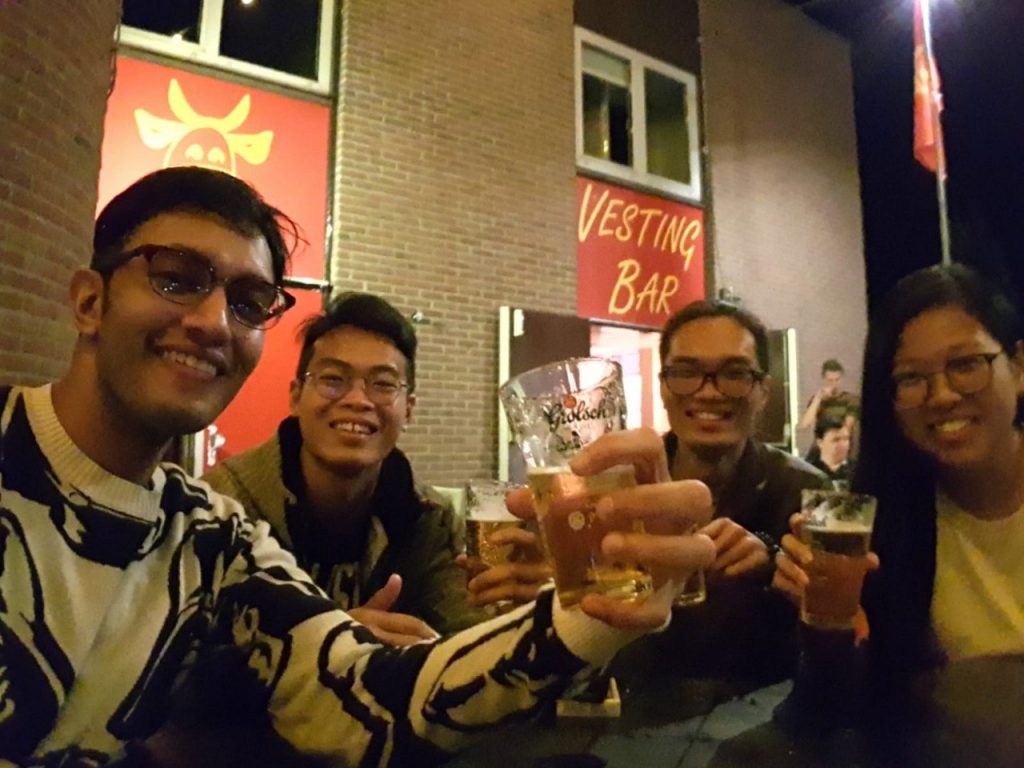 And more beer (and with chips this time): 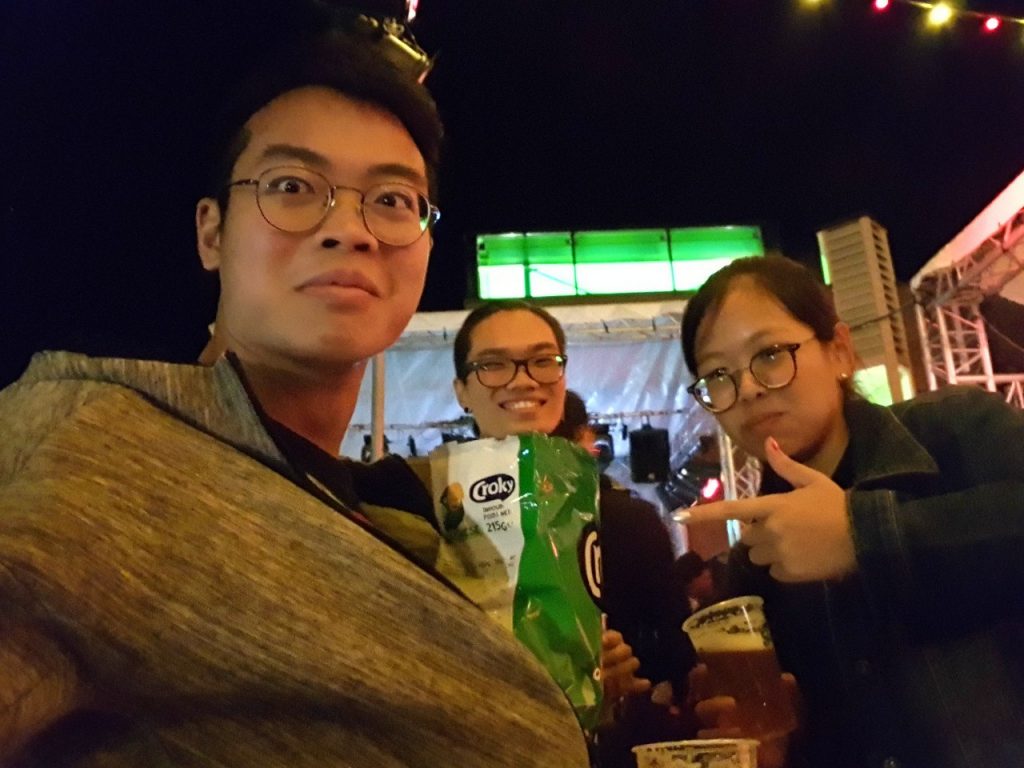 Not only because a pint here is only about 3 euros (I paid $10 during happy hour at Fat Boys), but I also found out that it’s really common to have conversations over drinks here. Some other great conversations that we had with others, such as with this girl from Mexico who really inspired me with her hope to do something for her country after graduating, as well as with Marco, another super friendly Swiss who just took a sabbatical in Japan for a month and is also proficient in Italian, German and English, actually happened over drinks. Most of us wouldn’t survive financially if we had as strong a drinking culture in Singapore, which might explain why most of our conversations tend to happen over food instead. Again, differences in cultures which I found really interesting.
Of course, the biggest part of CuriousU was our course electives and for me, it was blockchain technology. Initially, I was afraid that the course would be a ‘shrill’ fest (a term for people who like to brag about their cryptocurrency holdings and who try to convince others that the tokens they hold are the best), but it turned out to be an unfounded fear. The lecturer in charge, Dr. Maarten Everts, was very experienced in the blockchain field and in spite of the short span of time, he provided us with a very technical explanation of how Bitcoin and Ethereum worked, helped us to consider what blockchain might be useful for and also shared on some of the issues with the current state of blockchain technology, among other things. The course gave me a sufficient basic understanding of blockchain, and it also piqued my curiosity to continue reading up and experimenting with it!
All in all, CuriousU was a very interesting and enlightening experience for me. Besides learning more about our chosen fields of study, we also got to meet people from diverse backgrounds and have meaningful conversations with them – all while having lots of fun. This is what education should be like! Thank you to SUTD for providing this opportunity for me to experience education in an unusual but amazing setting — I hope more people will have a chance to experience CuriousU for themselves in 2019!
Click to rate this post!
[Total: 0 Average: 0]