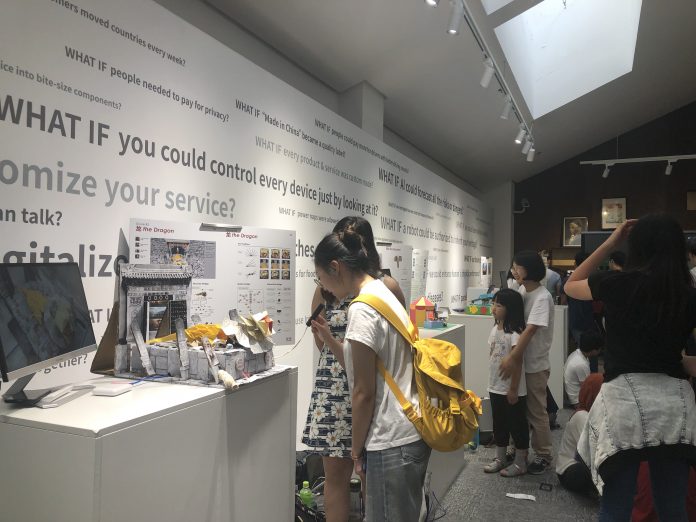 To end our three weeks of Design Thinking & Expression Origami Robots course, we had a final showcase to exhibit all of our origami robots. As you can see from the picture below, everyone is busy setting up their booths, and checking if their robots are working as they should be. 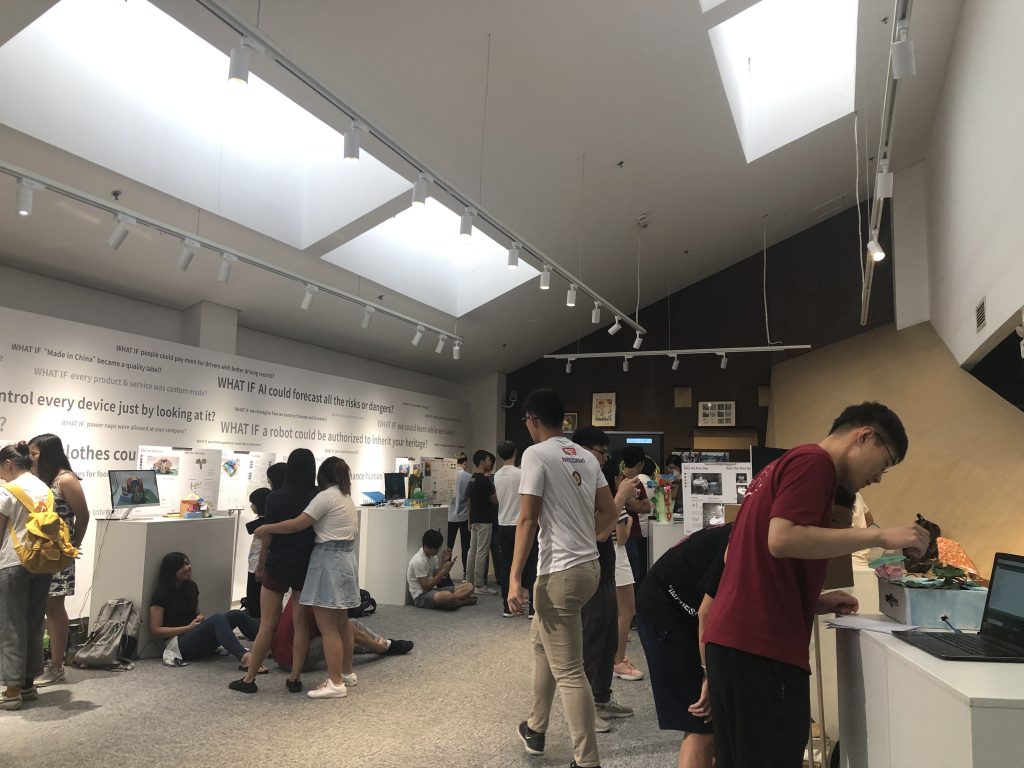 My team chose to create an origami seal robot, which we named it ‘Xiao Seal Kun’. The reason behind this name? It was just to include three languages, Chinese – ‘Xiao’, English – ‘Seal’ and Japanese – ‘Kun’, hahaha. Something that I find quite cool about our robot is how it reacts as if its shocked when someone hits or kicks the platform he is on. I think it makes it really realistic looking. 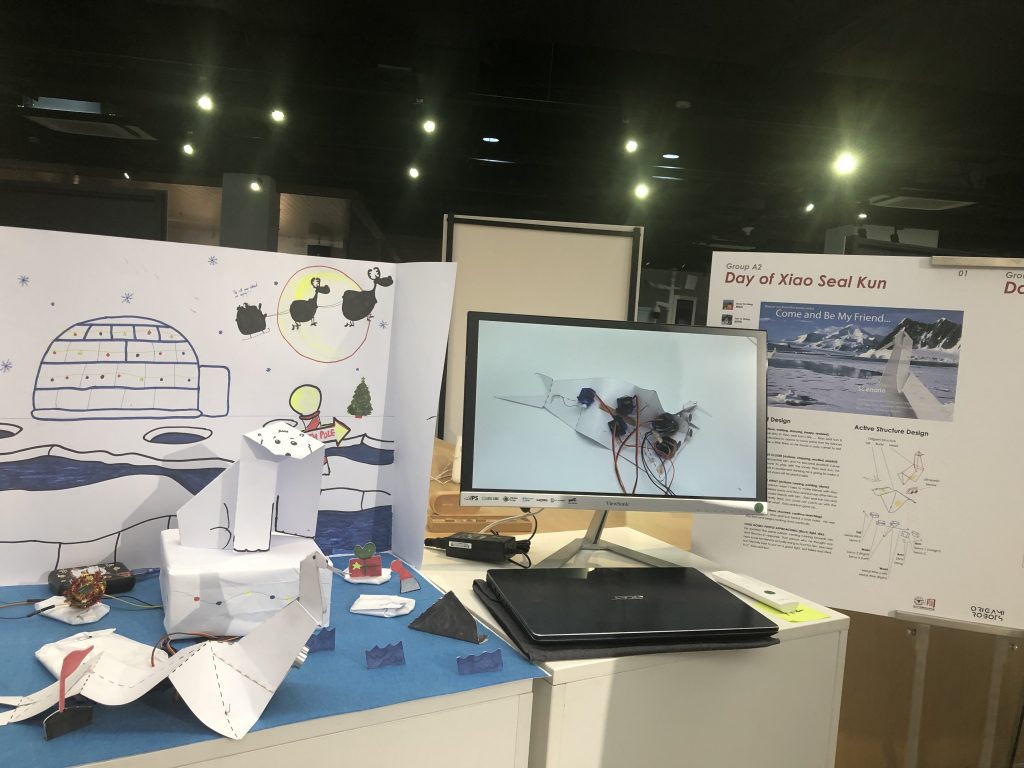 It’s really cool seeing people coming to interact and play with our robots, and it really delights me to see them having fun with what we have created. I’m really quite proud of what everyone has achieved from just these three weeks. 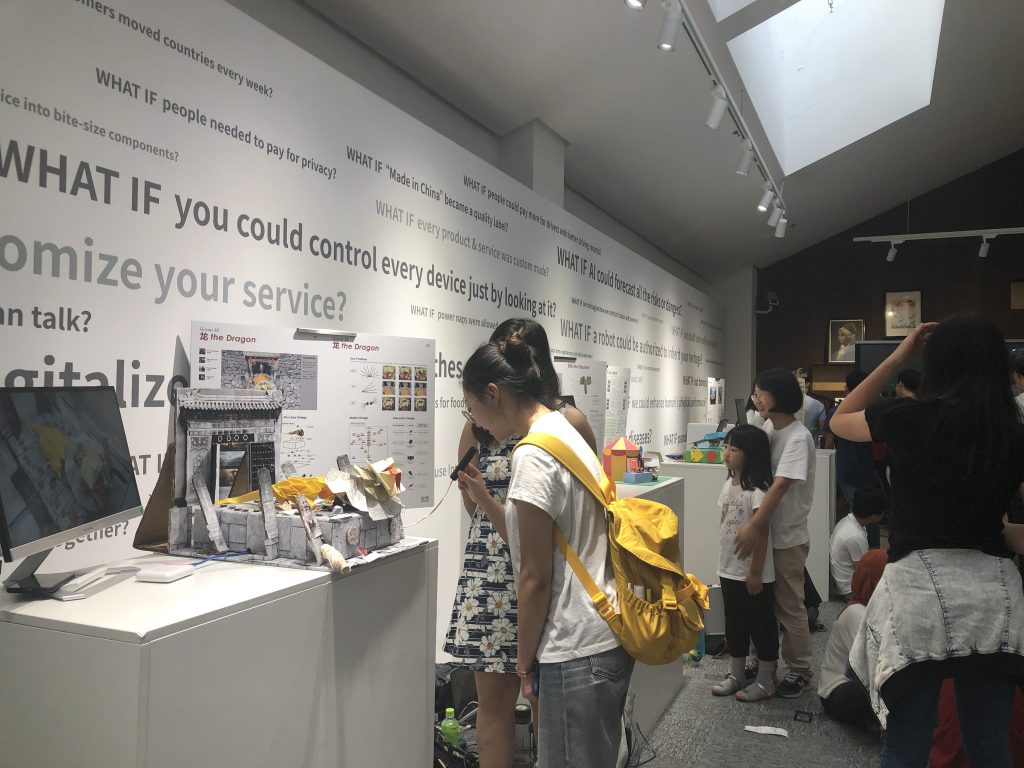 Apart from the origami showcase, we had another meeting this week too! After last week, we researched more in-depth and our solutions are now clearer than before. However, it’s time for us to eliminate some of our ideas and focus on just two solutions, which will be decided during our next meeting. So let’s hope for the best, and I wonder whose ideas would ultimately get chosen!