During this week theme meeting, apart from the confirmed idea of a smart shelf that replaces the traditional shelf racks using computer vision with additional sensors to eliminate the need for service personnel in a 菜鸟 station, we proposed 2 new ideas to optimize the space in smart lockers, in place of our previous idea which consist of electromagnets attracting parcels in place, which we realized that it may not be economically feasible due to the large about of electricity needed to power the electromagnets 24/7 and the large volume of metal stickers needed. Hence for our 2 new ideas, the first idea consist of a lever that clamps down the parcel from above, preventing any unauthorized personal to take away the parcel. This eliminates the need for compartmentalization of the smart lockers, optimizing the horizontal space. The second idea consist of a weighing platform that facilitates the retrieval process of the customer’s parcel through weight. Using a weighing platform, parcel are able to be stacked next to and on top of each other, optimizing the space in the smart locker. Prof Zou advised us to do a simple prototyping for both ideas before settling on one idea, as he said that what sound simple and logical in theory might prove difficult to accomplish in reality. Hence, this starts our prototyping journey. 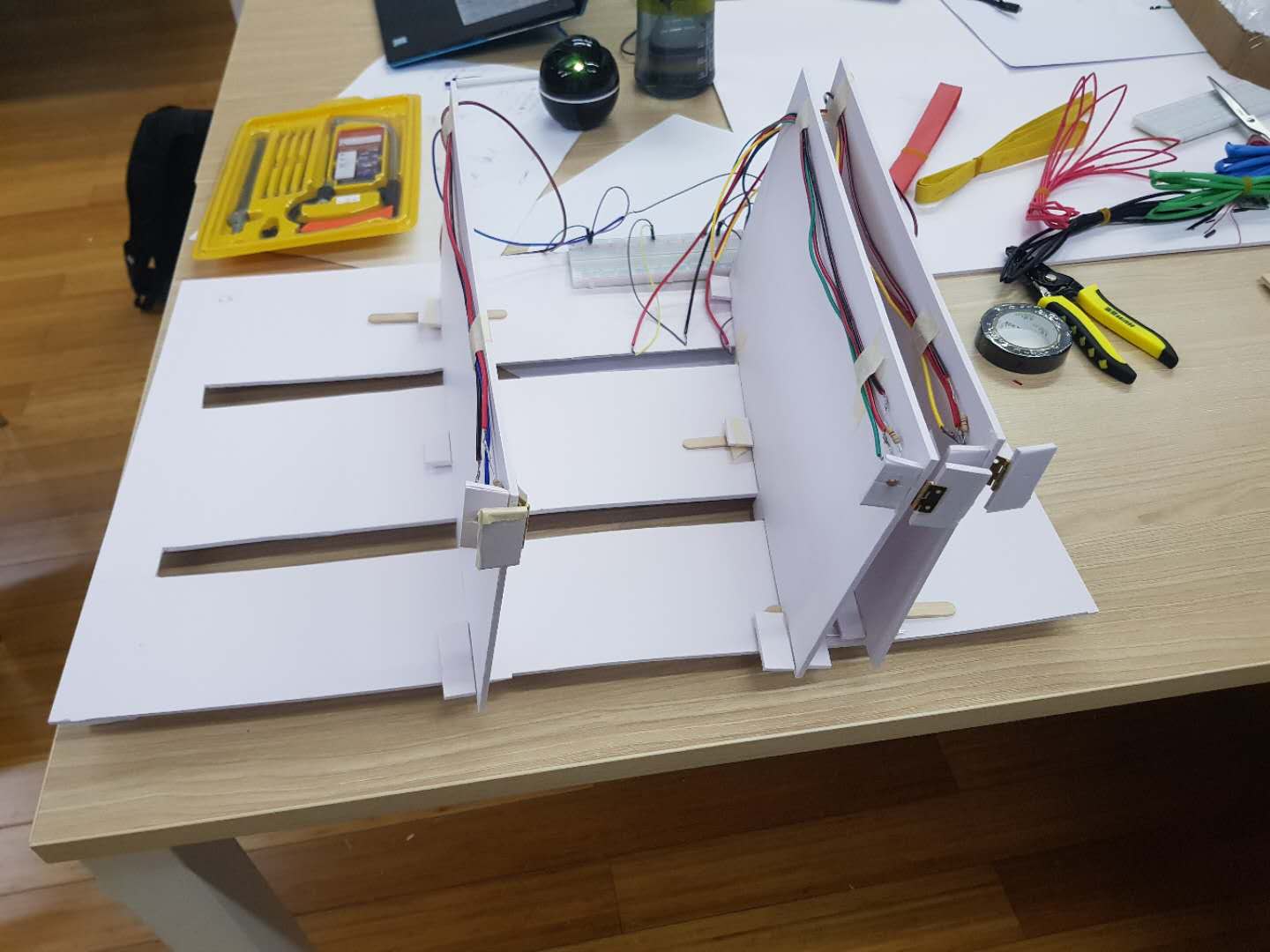 During our initial prototyping, we indeed experienced quite a bit of problems that we did not expect. For the idea of the lever clamping the parcel, one major problem that came to our attention was that different height of the parcel will result in a different angle of contact of the lever to the parcel, causing the lever to be ineffective for certain angles. Another thing we needed to reconsider was the contact point of the lever to the parcel. We decided to change the initial idea of a pointed tip to better care for the customer parcels. As for the weighing platform, the pressure sensors are proven to be harder to calibrate than expected. This initial prototype has provided much insights into our ideas and we aim to improve it next week with more research on the problems that we faced during the prototyping. The prototyping continues…