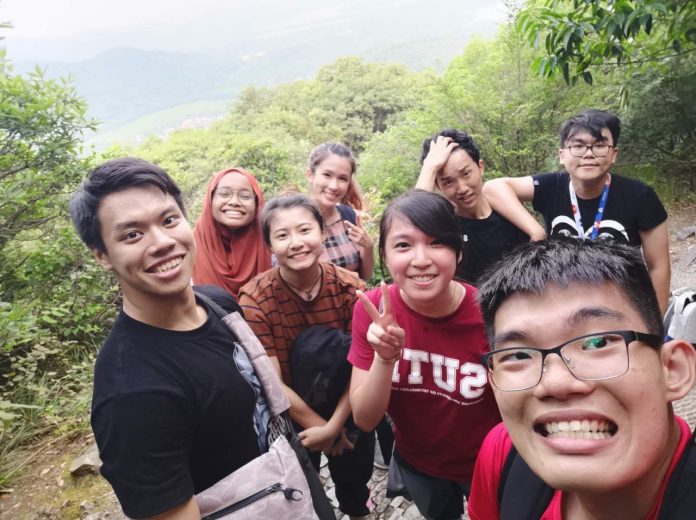 Hi everyone, I am Akhira.

Hari Raya Aidilfitri falls on the Wed of Week 4. This is the first time I am not at home celebrating with my family and of course, I felt a little disheartened at the start. But when Wed came, I thought it would be good for me to go out and watch how muslims in China would celebrate the festive occasion.

To begin, I made my way to the nearest mosque. While on the way, I noticed a chinese muslim family heading the same direction. I overheard the daughter calling her father “Ayah”, a familiar word that pulled me at my heart strings and caught me by surprise. I didn’t think I would hear one bit of Malay here, what more from locals. It warmed my heart a little, hearing something so familiar. Once out of the station, lining up in front of me was a halal restaurant, halal butchered meat store, and even a halal convenience store. I guess I’ve come to the right place HAHA. Finding halal food wasn’t impossible so far but you do have to walk very far and live with a limited variety of food. Hence, that sight was a little unexpected. Maybe a little too engrossed in the stores, I lost track of the way to the mosque. But a local guy stopped right beside me and greeted me with an “Assalamualaikum”, in a natural almost Arabic-like tone. I returned the greeting and he said some words in chinese but ended it with a “masjid” (mosque in malay). I nod and he graciously got off his bike and led me to the mosque. Along the way, he talked to me so enthusiastically but unfortunately in chinese, and even showed me pictures and videos of the raya prayers that occured that morning. Even though I didn’t understand a single thing he said, his friendly gestures and enthusiastic tone made me feel comfortable and happy. The mosque was pretty antique. The local guy showed me where to perform ablution and waited for me, before showing me where to pray. Once at the prayer room, he spoke some chinese but his gestures seem to imply that he will make his way to eat. All I could do is smile and said xie xie though I would’ve wanted to say so much more to thank him for his kindness. 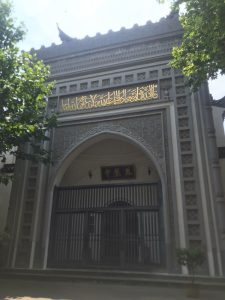 Picture of the mosque

But that was how my hari raya started, receiving genuine kindness from locals 🙂

Once done with my prayers, I proceeded to find a place to eat. I wandered along some streets and a neighbourhood. I came across a street full of stores with the halal sign on their banner. Hoping to find a restaurant among them, I eventually realised that they are all stores selling butchered meat. I guess that explains how muslims in China get their meat. The supermarkets that I’ve been to didn’t have any section selling halal meat. In fact, there are more butchered meat stores than there are restaurants, possibly implying that families here cook more often. Well I do agree that the meat served in restaurant meals are barely even there..

But going back to the idea of how muslims here celebrate hari raya. In Singapore, the vibrant festive aura is very distinct. You would see families in colourful clothings along streets, you would see the decorations along streets and shopping malls, MPs wishing you selamat hari raya in every big banner and you would hear the raya music in certain stores too. However over here, it felt very normal. I mean, no surprise given that muslims are a really small minority here. Even the mosque didn’t have any decorations. As I walked through the HDBs, I didn’t see colourful clothes etcetera. But there is one thing. I do notice muslim families walking around more and spending time with their family, being happy with their kids. I guess seeing that bit of glow in every muslim I came across that day, is enough for me to feel that bit of festivity.

I ate at Dong Yishun (hah yishun) restaurant and when I’m done, I decided to explore the whole of Hefang street. I do fancy going around bustling shopping streets full of shophouses, similar to the likes of bugis street in SG. But what amazed me here was how every single shophouse uphold the cashless payment system, regardless of how “rundown” they may seem. This isn’t my first time in China but it is the first time setting up a bank account and using the all glorified Alipay. It felt like as if I’ve stepped into the future, into the world where the goal of cashless societies is finally achieved. No queues. High efficiencies. No need to fumble for small coins. Just scan and pay. Initially, I thought a concern would be security. I came to realise how China solved it by making us tap a button to confirm and scan thumbprint each time we pay. Also, there are speakers in the shops that affirms the payment and announces how much have been paid. With that, both sides are certain that money has been transferred, though they can’t see it physically. Truthfully speaking, in comparison to Apple pay in SG, I feel a lot safer using Alipay. Not only that, it too feels a lot easier with cashless payments as you can literally just carry your phone (and an umbrella in case it rains) out and you’ll be okay. However, it’s an issue if your phone dies. But fret not, rentable portable chargers are almost everywhere and if not that, free wall plugs too are available! My battery was at it’s brink after Hefang but lucky me, I found a wall plug in the metro station platform. Metro station platform! In SG, tap in and hold your pee/ bear with a dead phone till you tap out. 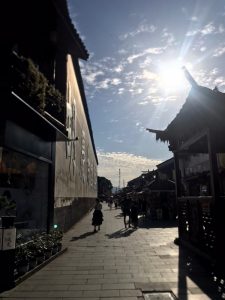 But personally I feel, the question still stands: is cashless really all for the better? Would the future be one where notes and coins are non-existent? Would children toys consist of a scanner and QR code instead? It feels a little sad but if such a system is necessary then I guess that shall be it. I can’t deny that going cashless does make things easier. However, there is still an issue of how going cashless makes the process of payment less “painful”, and people might splurge on goods more easily. Alipay attempts to solve that by sending us a message, noting the money paid and balance left, each time we pay. I guess that could do the trick only if we don’t load all of the money in our banks into Alipay.

Overall, I believe China is indeed successful in achieving in the cashless system. Who knows one day, cashiers would be non-existent? In all, it was an interesting week in China, exploring the streets and observing the culture and differences relative to SG. Apart from Hefang street, I too went to watch a free 18min water show (18min!!!), visited a tea plantations and Wuzhen watertown (so many koi fish). I believe there are many more to see and learn from China, apart from the usual lessons. I look forward to them. 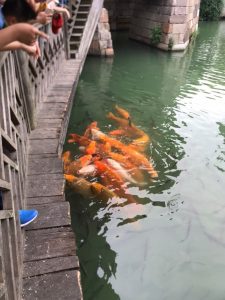 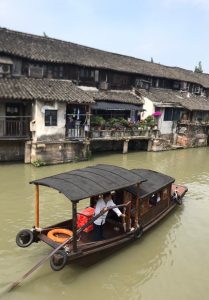 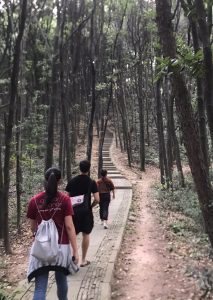 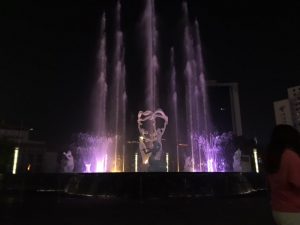