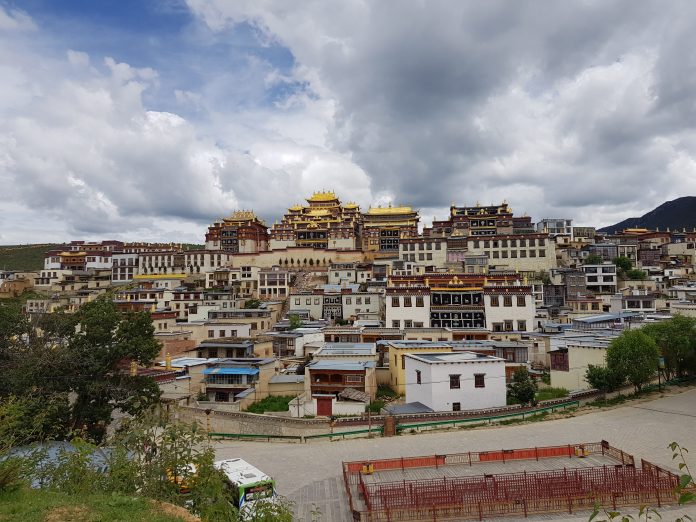 Shangrila Bound
Continuing from my last weeks’ blog, after a quick few days of exploring the ancient streets and mountaineering in the city of Lijiang, it is time for us to leave. Our journey through Yunnan continues with a 4 hours bus ride heading to Shangrila county, home for its rich Tibetan culture.

Our first stop, 虎跳峡, Tiger leaping Gorge. Legend has it that a tiger actually jumped this dangerous gorge whilst being chased by a hunter, hence the name Tiger leaping Gorge. What makes this gorge so amazing is that it falls right in between 2 incredibly massive mountains, the jade dragon snow mountain of the Chinese mountain range and Haba snow mountain of the Himalayas. As such most of the ridges near the gorge was so steep that it was almost vertical. This gorge is split into 3 parts, the upper, middle and lower regions. At first, we were planning to head to the upper gorge where there was more infrastructure to descend this steep ridge allowing us to get a better view of the rushing rapids below. However, after talking to the local bus driver who was taking us there, he told us that the middle gorge has fewer crowds, a way better view and a proper trekking experience for us young and energetic people. On the downside, he mentioned that the paths leading us down were not as commercialized i.e. there were no funds from the government to maintain the paths and as such we had to pay a small entrance fee for the locals keeping the paths  “useable” and “safe”. 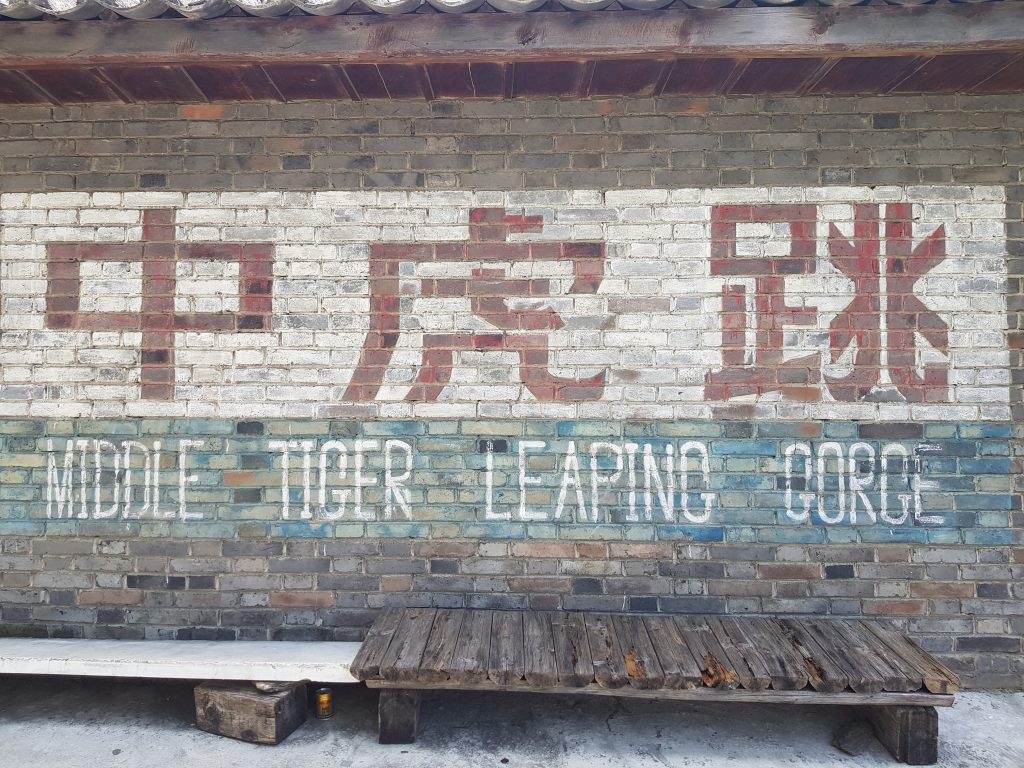 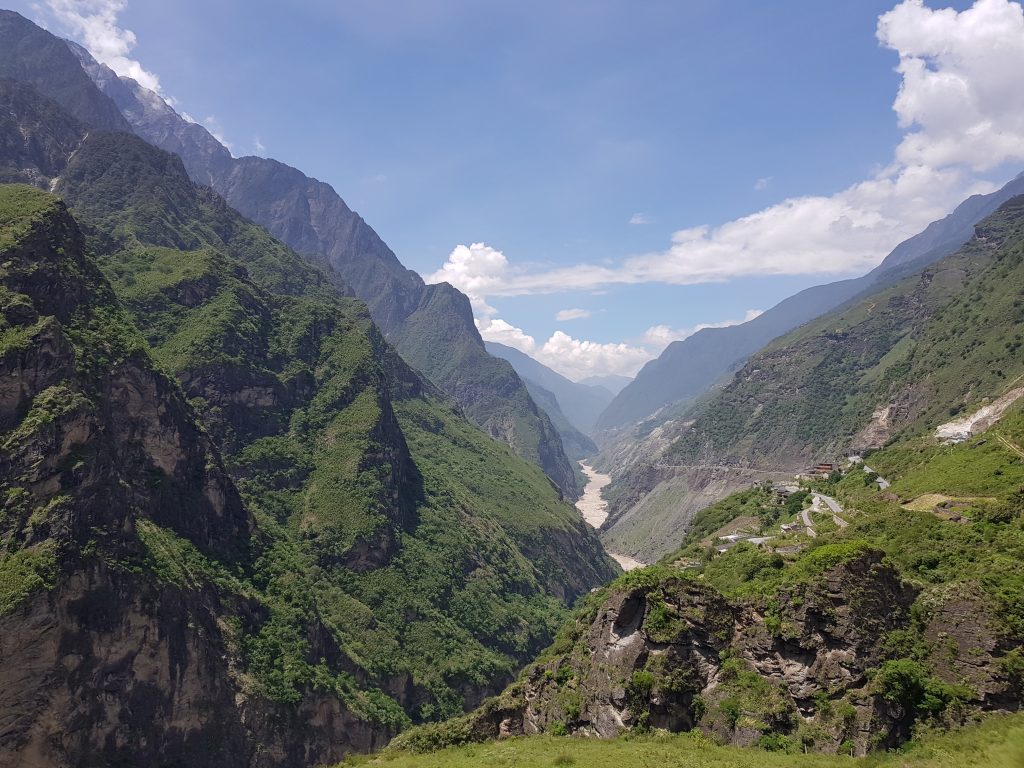 Arriving at the middle gorge, the steep steps down made the descend pretty manageable, hopping down steps after steps, we were already by the riverside. By the river, the roaring sound of the rushing water made it so hard to hear each other. We even had to shout when we were right in front of each other. Nonetheless, it was so amazing to see how this fast-flowing river cut right through the mountains and continues to it cut bit by bit. What we didn’t know was that we were actually witnessing the upper regions of the Yangtze River, the river that cuts right across china. 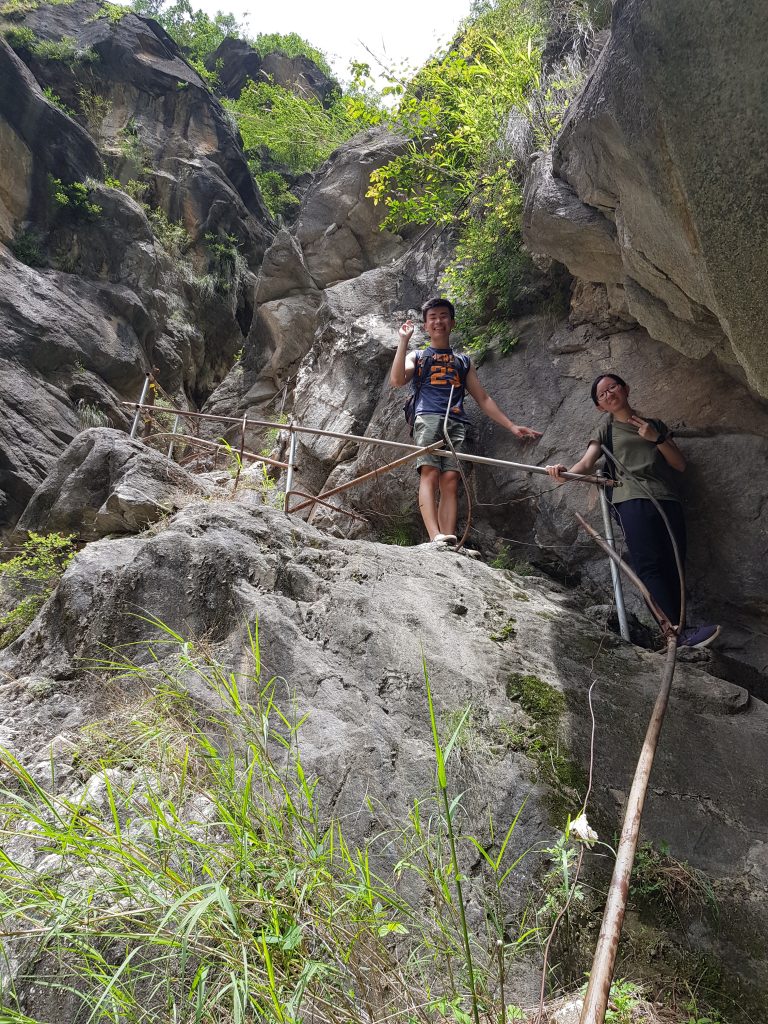 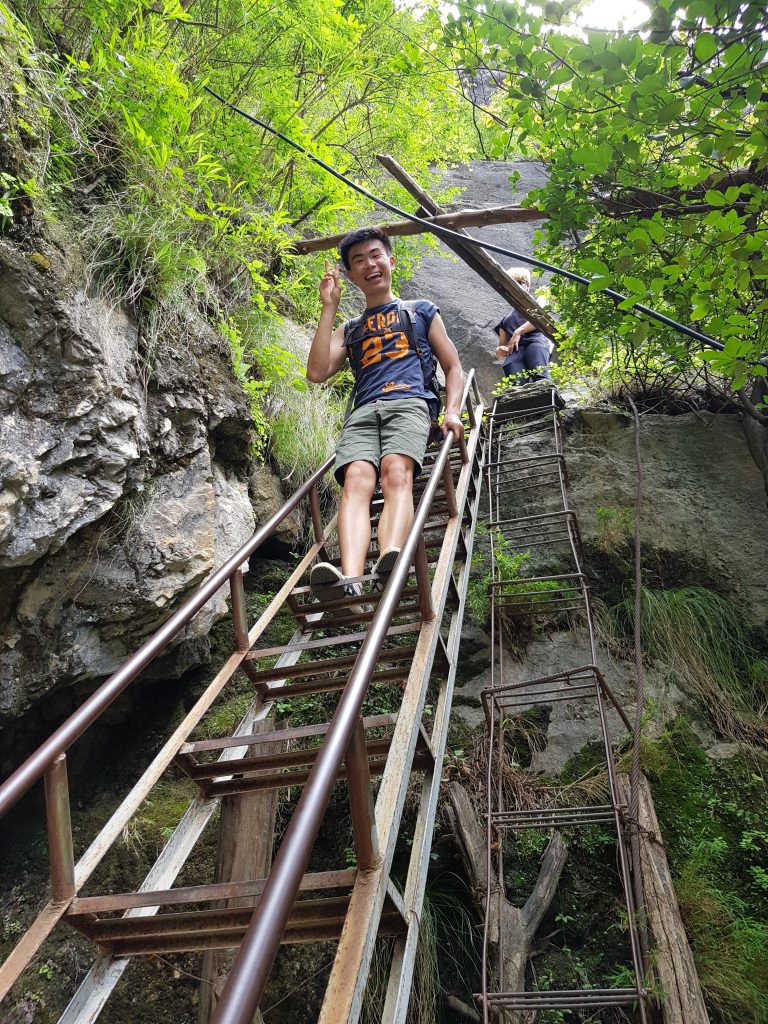 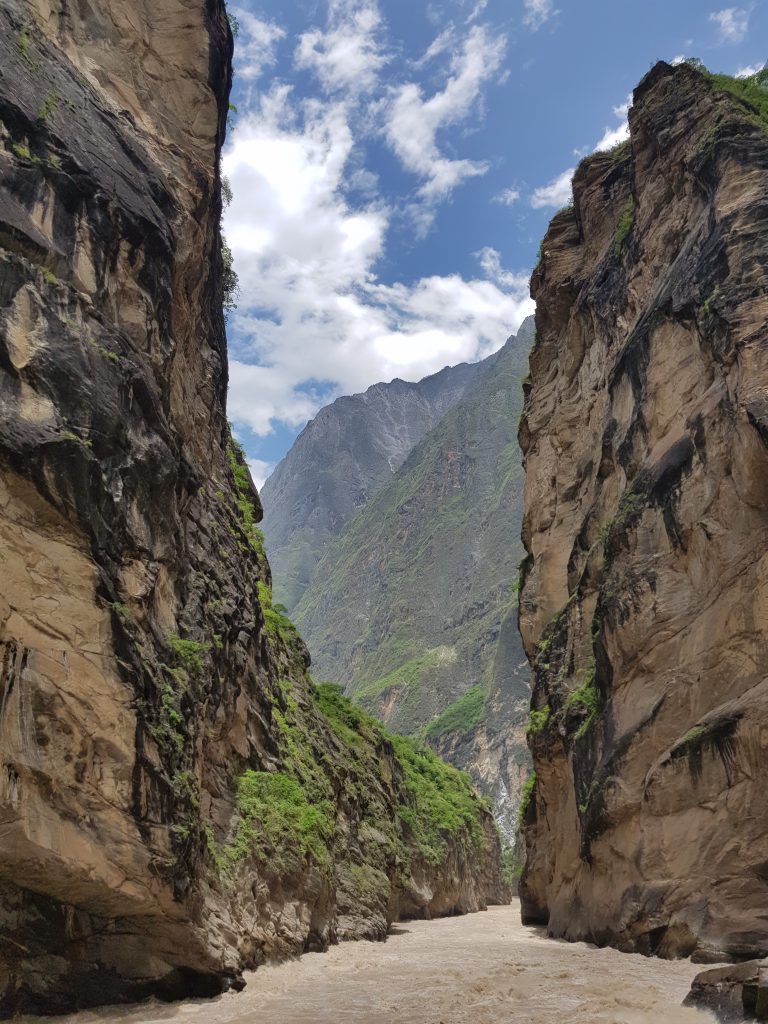 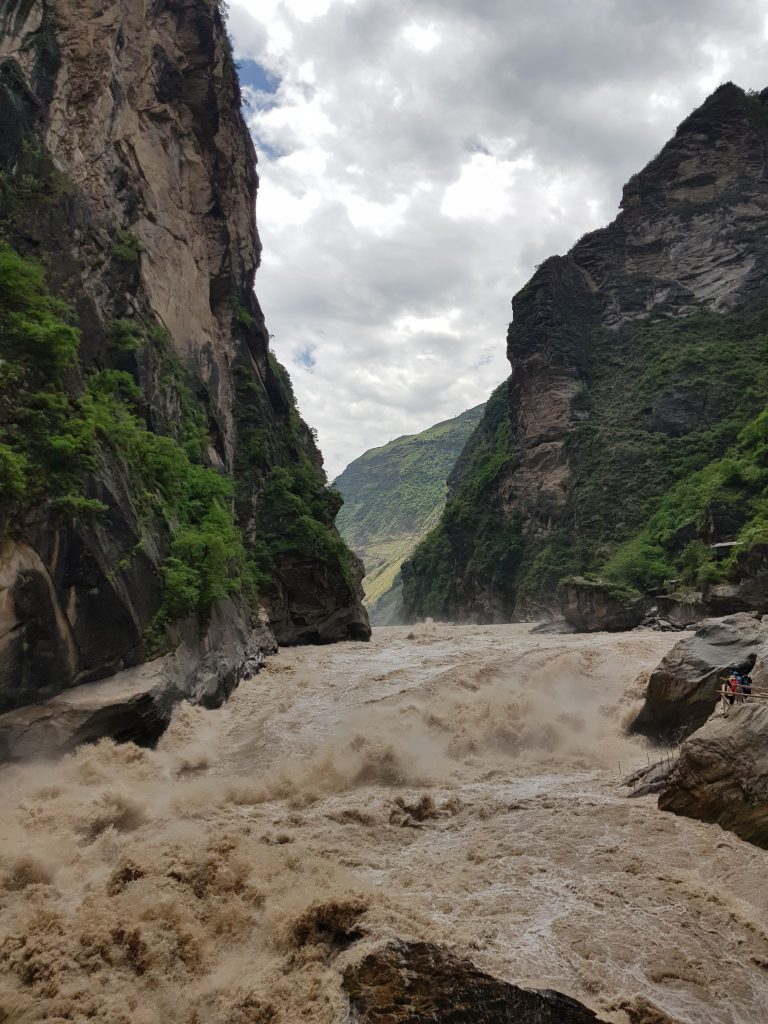 As we descend to the bottom, our only way is to head back up. The ascend up was not easy at all. All the steep steps that we casually hopped down, was a real hurdle to climb back up. Fortunately (or not), at about the halfway mark, we found a shortcut to get us almost back to the top! It was called the sky ladder. A massive ladder stitched together with smaller ladders, stretching for about 20m vertically up with no safety precaution whatsoever. It was a sight to behold and it looked like a daunting task. Honestly, looking back I did not know why we chose to climb. It was so dangerous and unsafe. But I am guessing we were all too tired to walk another step so… our climb began. Without looking down or behind, into the massive valley, the climb was actually pretty manageable! Step after step after step, we were at the top of the ladder and flat ground awaits us as we head back to our bus to visit the city of Shangrila where we will be staying the next few nights. 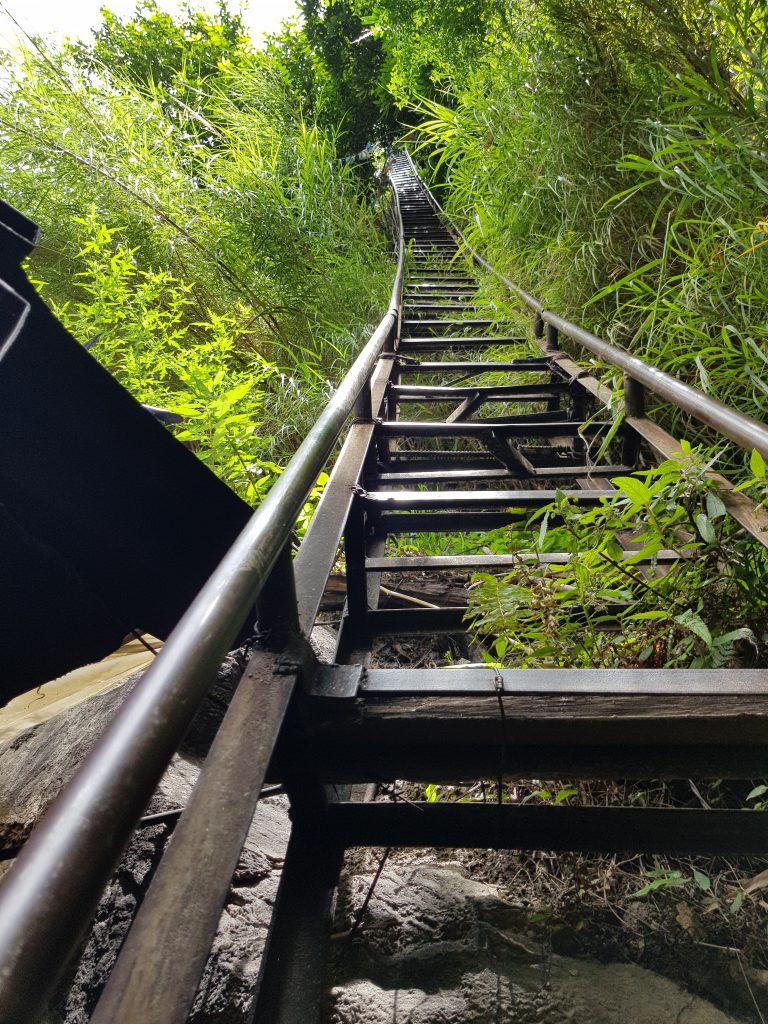 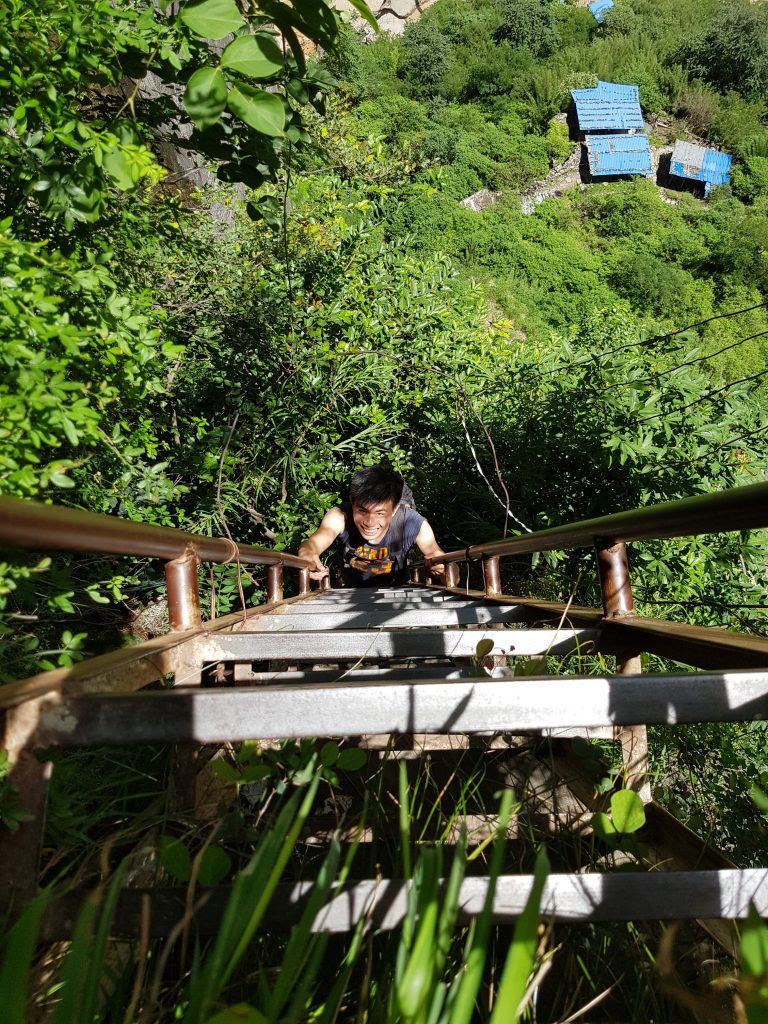 The town of Shangrila located at an altitude of 3500m was the highest town out of the 3 cities we visited during this trip. Here, we spent our time soaking in the Tibetan culture, learning their ways in the Songzelin monastery as well as enjoying some Tibetan cuisine, which included a lot of Yak. We had a Yak hotpot, Yak butter tea, Yak Yogurt, etc.

On one of the days here, we headed to 纳帕海, napa lake, where we enjoyed a nice horseback ride within the large plain surrounding the lake. Stationed in the middle of this large plain there was an archery booth set up as well as some traditional costumes for us to try on. It was probably a tourist trap for tourists like us but the prices they gave us were pretty reasonable and thus we too were sucked into the trap. Nonetheless, we had fun posing with the bow and arrow (probably more fun than actually shooting the arrow). We were so bad, missing almost every time and somehow almost hitting a horse! To be fair, we probably missed due to posing for too long. 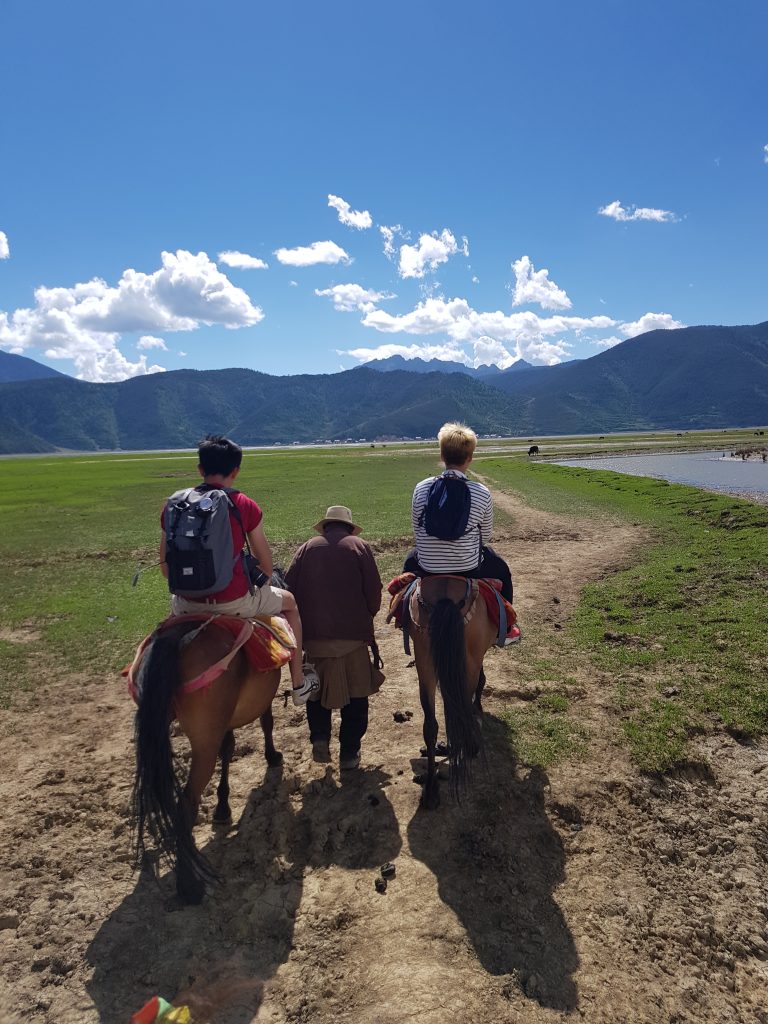 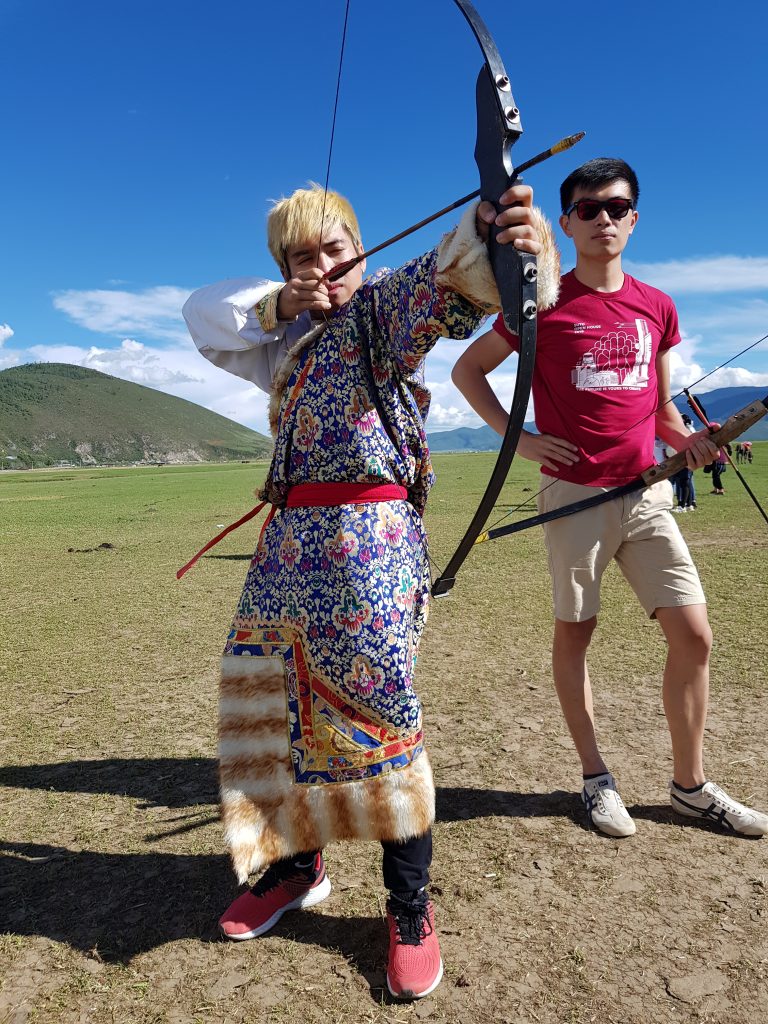 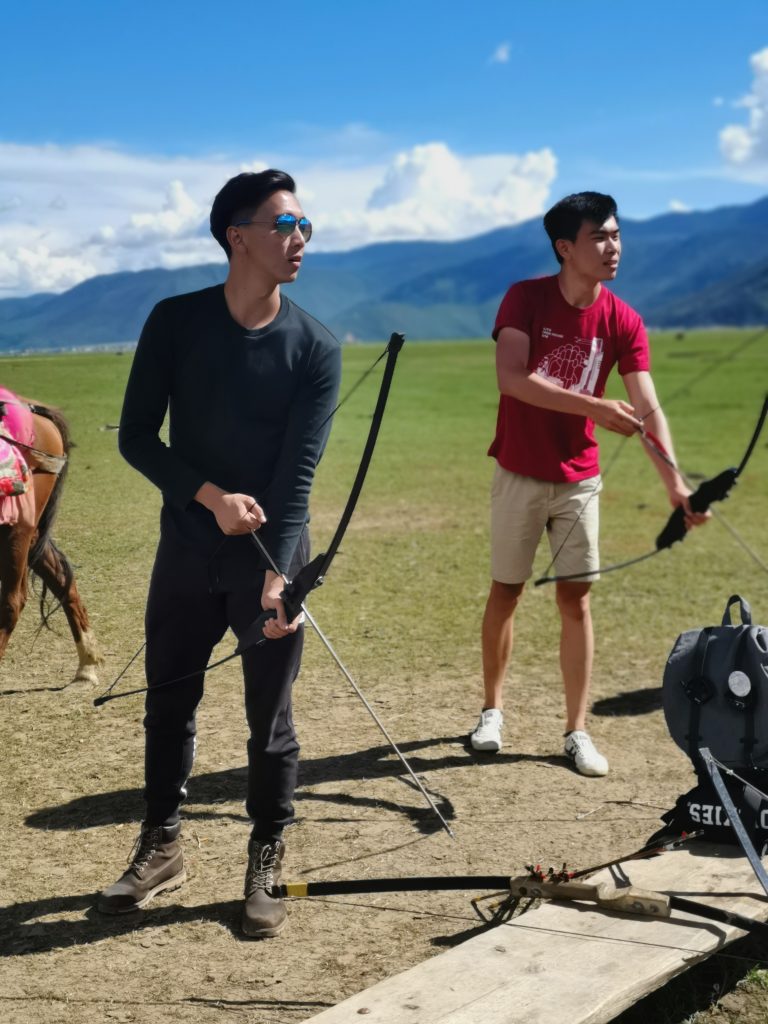 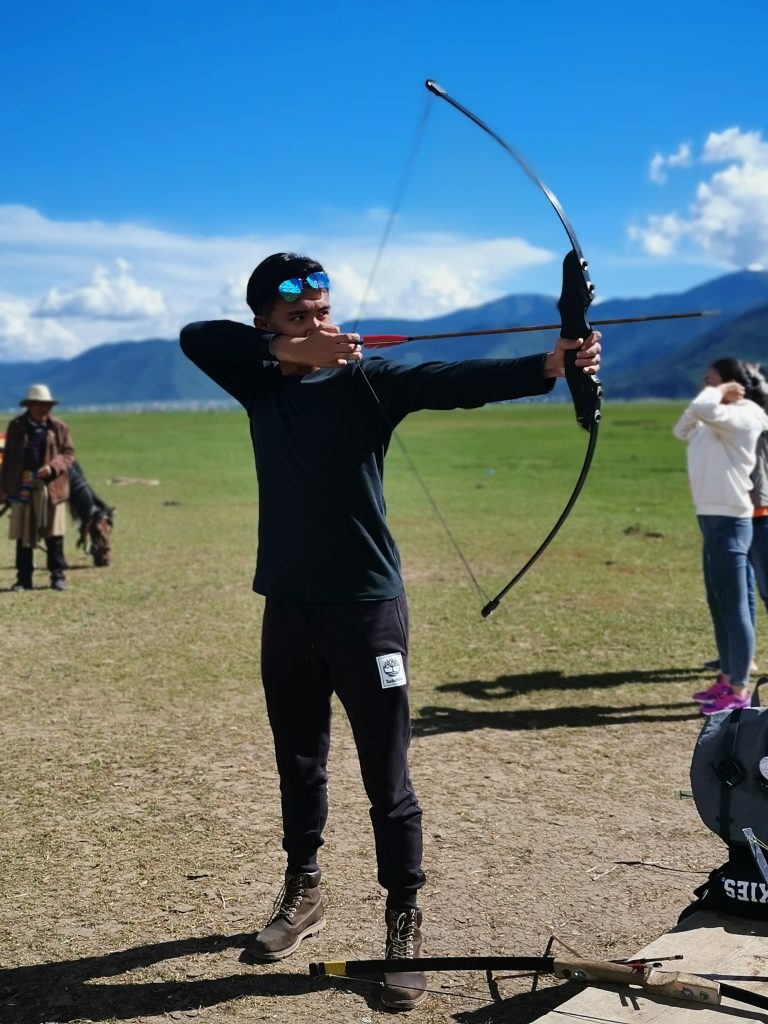 Now our trip has officially ended. Although we still had 2 days of our trip to go, our journey back to Hangzhou begins. Being so high up in the mountains, there was no available train service that reaches Shangrila. Thus, we got to backtrack back to Lijiang then to Kunming and finally back to Hangzhou where we will continue with the beloved DATE program.