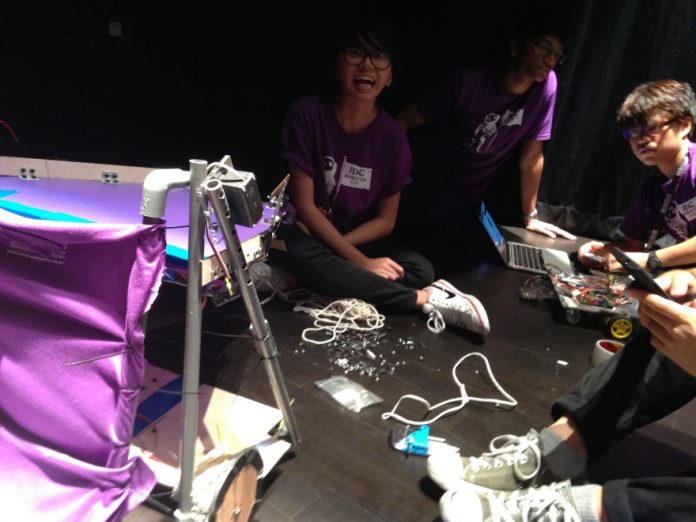 It’s already competition day!  We had an hour and a half before matches started in the morning, and we needed every minute of it. We continued to be hit pretty hard with unexpected electronics errors, and we had to rework some components of the robot on the fly.

By the end of yesterday, the tank tread conveyor intake mechanism was working, but the actuation was simply not working with the Arduino, so we scrapped everything and just used the base for the line following component.  It was a bit disappointing to work on the robot for 2 weeks just to dismantle it between rounds, but it was fun problem solving together through the day to improve the score for each successive round. 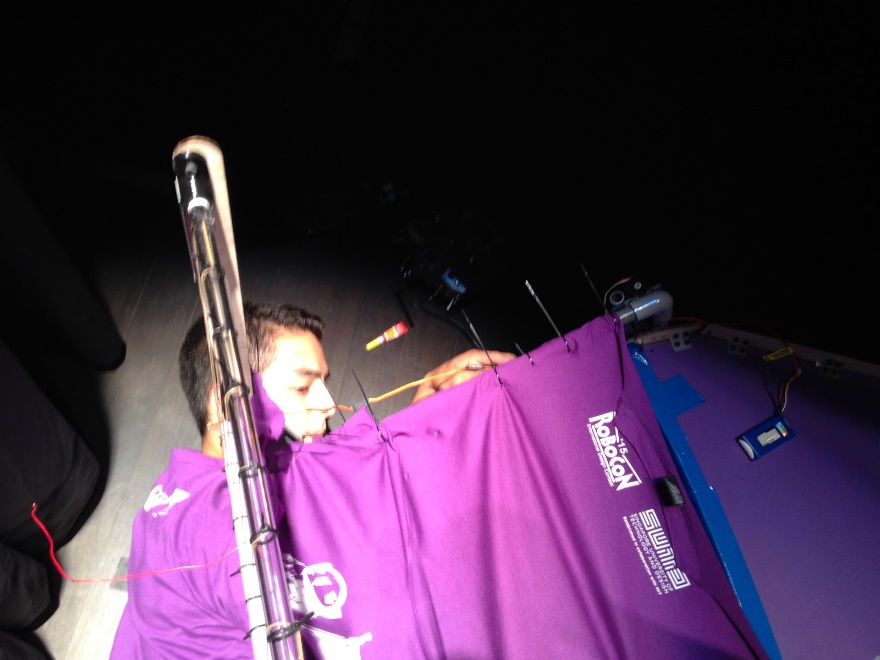 Some problems with the drive motors of the space robot made it difficult to move, and therefore difficult to compete, but we had a lot of fun working with it.  We continued modifying between rounds and narrowly made the final round of 8, but were eliminated in the first round. 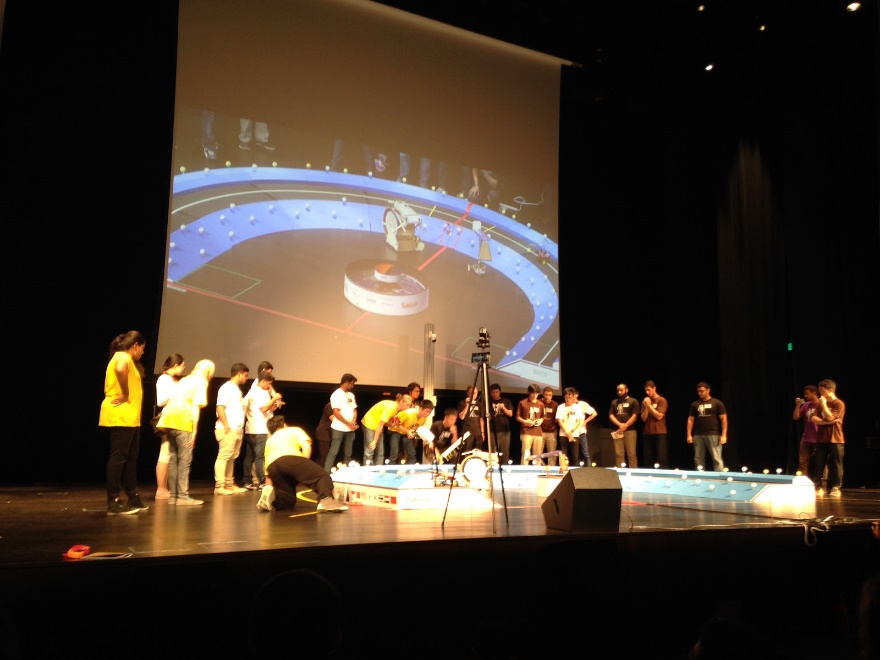 Overall, the competition as a whole was great, and the quality of the top functional robots was awesome!  We had fun watching the remaining matches and cheering for our friends and their robots, and the tournament made for a very exciting finals match! 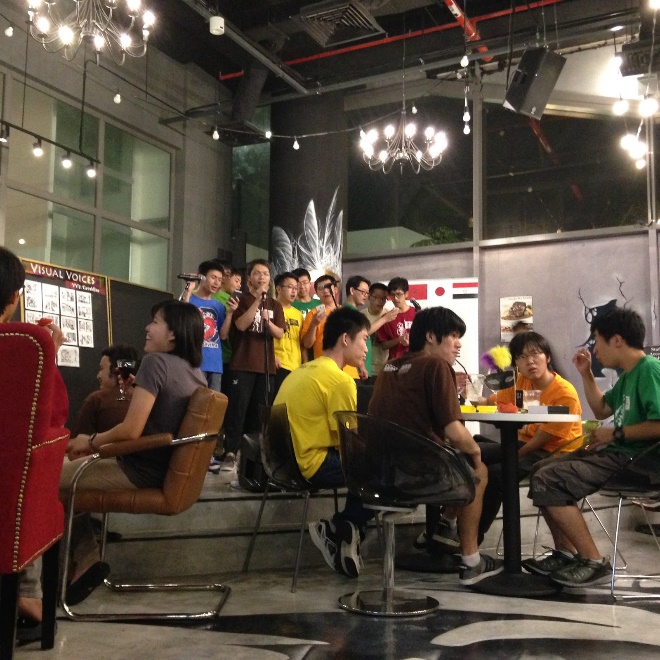 After the awards ceremony, we were already cleaning out the Fabrication Lab, and our time in Singapore was quickly coming to an end.  Sitting with everyone else at Aria for the closing ceremonies, I realised just how valuable our time together at SUTD had been, in a new country, with new cultures, new foods, new languages, among our fellow engineering students from around the world representing their own schools, countries, and cultures as well.  As we spent our last night celebrating together, I think we all realised how over the course of these brief 2 weeks, we made not only robots, but also lifelong friends and memories that I think we all remember for quite a long time.  Big thanks to everyone at SUTD for hosting Robocon and for helping us out throughout our time in Singapore!