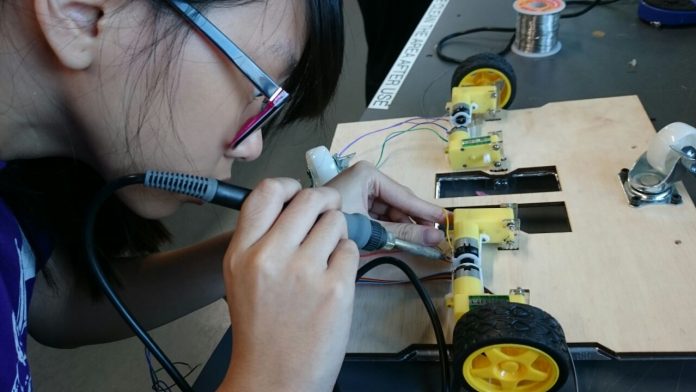 As we reach the last remaining days to finish up the robot, we are scrambling to get everything done in time for field testing on Thursday!

The purple team had a very productive morning, as the space robot is beginning to come together! Most of the previous work up until this point has focused on the conveyor intake mechanism for the orbit robot, and now the partner space robot is coming together.  After careful designing and planning through the last week, the final construction was quick and efficient as the robot’s PVC pipe skeleton came together. 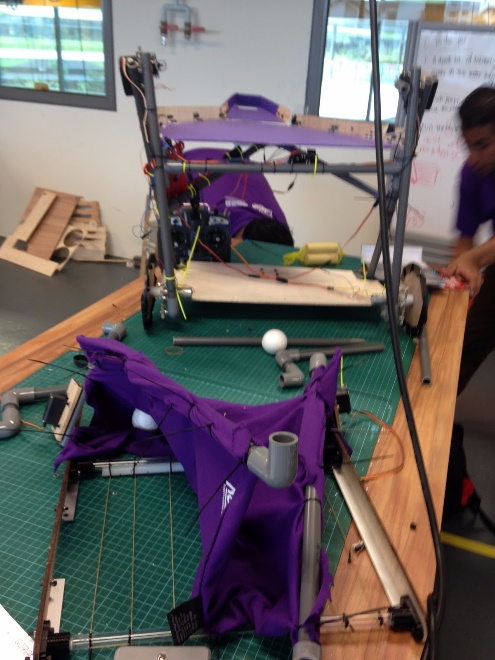 After a lunch break to regroup and plan out the rest of the day’s work, we began to encounter some slight technical problems.  With much testing left to do in the week, it was a bit frustrating trying to debug some major problems.  The line following seemed to be all done and perfect last week, although problems with the Bluetooth connection and controls put these seemingly easy 120 points in question. 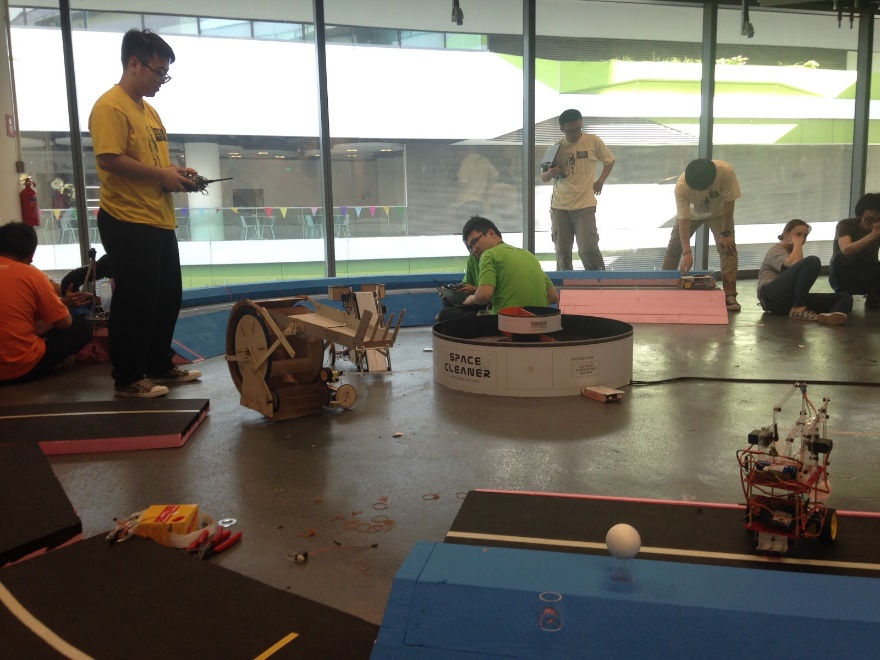 The day came to a close with some productive construction of the space robot, with new laser-cut parts allowing the bucket and ball-depositing mechanisms to take shape.  Young added some purple plastic sheets to the bucket for extra team spirit!  Although the testing left some unresolved problems with the arduino code and electronics, now we know what needs to be done in the morning, and hopefully we can get right to it in the morning!