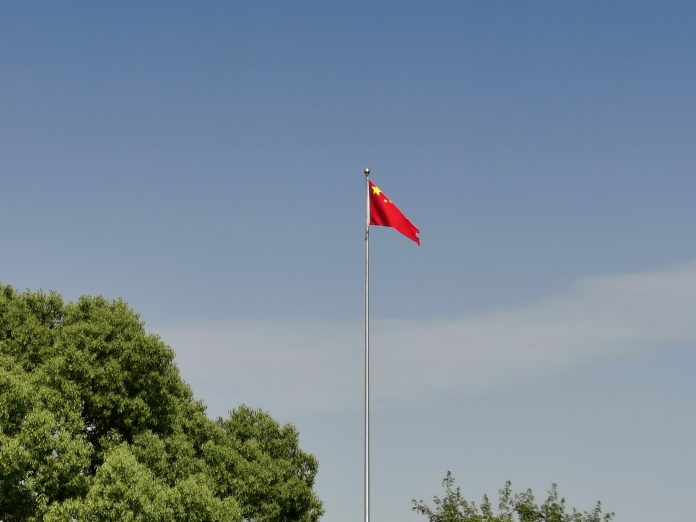 As part of the last group of students to arrive in Hangzhou for DATE 2019 (a full week after everyone else), I have had plenty of catching up to do. So strap in, because this is going to be a long ride.

Even before arriving here, I have heard plenty about the DATE experience. About how convenient it is to pay for just about everything with your phone; about how seductively easy it is to spend all of your savings on Taobao; and about the beautiful sights, smells, and sounds of the city and its surroundings. But nothing quite beats taking the cool spring air and toasty summer sun in yourself. Being in a foreign country with a different language and culture, it can be hard to remember that there are millions of people routinely living this life that is so special and unique to you.

The Zijingang (紫金港) campus spans almost three square kilometers (the largest in east Asia), and is home to six of Zhejiang University’s faculties. For reference, you could fit the entirety of SUTD’s campus into the Zijingang campus twenty times. 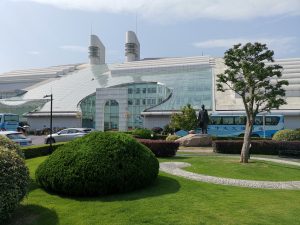 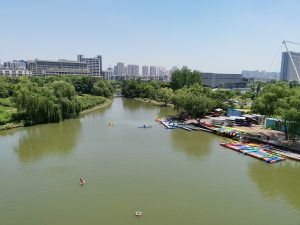 We stay in the international student’s hostel on the northeast quadrant of the campus. On the exterior, it is unassuming and blends in with the rest of the campus buildings. On the inside, the benefits of extra space are evident; each room features its own toilet and shower, as well as a balcony with a view. Every few days, the bedsheets and blankets are changed for you.
I was especially impressed by the laundry service, which gets your clothes back to you in under three hours, completely dry, for a fee of ¥10 (S$2). Although that may partly be because I’d bought some 15 hangars with the expectation that I’d need to dry the clothes further myself (the hangars are now unemployed). Perhaps the only complaint to be had about the hostel is the internet access, which is slow and inconsistent (not to mention, of course, the Great Firewall of China). 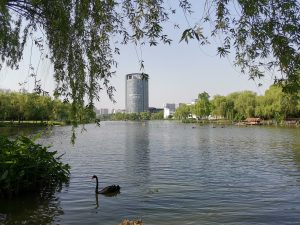 The rest of the campus is an amalgamation of urban and rural areas, striking a beautiful balance between modern and traditional motifs. Yueya Building (月牙楼), where most of our classes and activities take place, sits in the middle of a lake (also home to a number of geese and swan) that runs throughout the campus. Many of the roads are flanked on either side by thick greenery and well-manicured lawns (not unlike the patch in front of SUTD’s Jackie Chan Opera Stage, but way, way bigger). In stark contrast to some of the towering buildings and paved roads, a sizeable portion of the campus is also dedicated to parks and other green areas. There is, of course, no shortage of amenities on the campus. There is a bank, a hospital, two full-sized track and fields, several canteens and convenience stores, and plenty of other countless facilities and buildings for just about everything you could need. 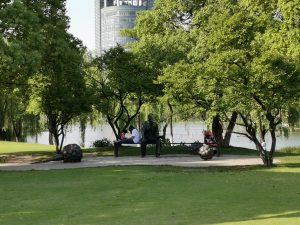 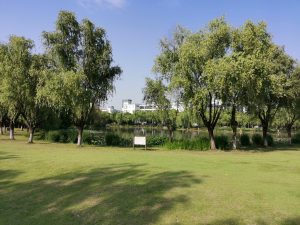 Something that almost everyone else has already talked about is, of course, the convenience and proliferation of mobile payment. It is no exaggeration to say that one could very well leave their room with nothing but their phone (and their room card). We’re already beginning to see the adoption of such technology in Singapore as well, with the recent emergence of DBS PayLah! as a viable payment method (at least in the SUTD canteen).
But to me, the most shocking part was the rock-bottom prices for mobile connectivity. I paid just ¥100 (S$20) for three months of 4G access, at a data limit of 90 GB per month, for a grand total of 270 GB. It goes without saying that this is far more cost effective than any existing plan that any Singapore telco provides. This seems to be a critical factor in the prevalent use of mobile technologies (more about this later) in Hangzhou. After all, when mobile connectivity is so accessible, adopting such technologies at virtually no extra cost becomes a no-brainer.
Besides payment, many stores also use mini-applications embedded within WeChat (微信) that can be accessed with a QR code for various functions. For instance, some restaurants integrate their entire ordering system (together with the menu) within such an application. Another interesting use of this is at a KTV room, where the song selection and sound system adjustment can be controlled using only your phone.
In addition to the mini-applications on WeChat, the main application used for mobile payment, Alipay (支付宝), also integrates numerous third-party applications within their main application. The ride hailing service, DiDi (滴滴), food delivery, Ele.me (饿了么), and bicycle sharing applications, amongst many others, can all be accessed from within the Alipay application. In particular, almost all the bikes from various bicycle sharing companies are compatible with Alipay. This is perhaps another key factor in the viability of the mobile phone as a skeleton key to urban living in Hangzhou. In contrast to Singapore, where you have to download Grab, Uber, Go-Jek, Ofo, Obike, Mobike, Foodpanda, and Deliveroo, the single Alipay application gives you the same comprehensive access to ride hailing, food delivery, and bicycle sharing services. And let’s not even get started on those Singaporean restaurants which ask you to download their standalone application for digitalized ordering and payment.
The extent of normalization of mobile payment here is such that it is actually a hassle to use cash to pay for anything at all. For the first few days, I had limited access to mobile payment due to administrative time needed for setting up the mobile phone card and bank account. During this time, several places struggled to find change for my ¥100 notes. Ironically enough, despite the convenience that mobile payment is supposed to bring, it also brings inconvenience to those who are not up to date with such technology. This is the brutal progression of technology; in the same way as how most computers no longer have a CD/DVD reader, most stores in Hangzhou no longer have a cash register.

During this first week, I participated in two ‘culture experience activities’, first to Ningbo Fotile Kitchen Ware, a company that produces, well, kitchenware, and then to Shining3d Tech, a company which specializes in additive manufacturing technology (also known as 3D printing).
I did not expect much from the first trip, for two reasons: firstly because the trip there and back (from Hangzhou to Ningbo) would take a total of six hours on a bus (while the actual visit itself was only two hours), and secondly because how interesting can kitchenware really be? Overall, though, my expectations were greatly exceeded. Perhaps the highlight of the trip was that, during our journey there, we crossed the Hangzhou Bay Bridge, the longest trans-oceanic bridge in the world. It was certainly a shock when I opened the curtains to a view of the ocean stretching on as far as I could see. 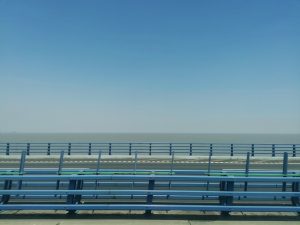 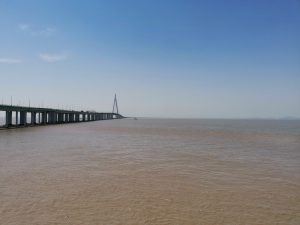 The actual tour itself also brought a few surprises. They started off by issuing us with wireless earpieces to combat the noise within the factory space, which I thought was pretty neat. The actual products which they demonstrated to us were also rather interesting, incorporating plenty of futuristic-looking automation and IoT technology, and would not look out of place in a film with a scene set in some rich character’s mansion. 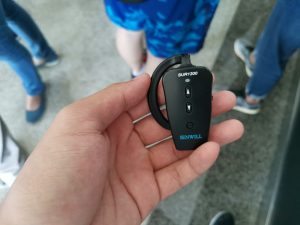 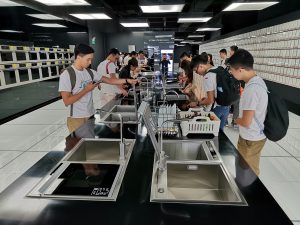 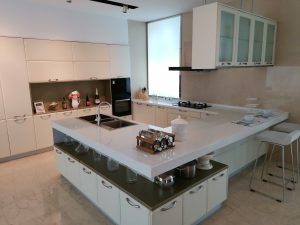 The visit to Shining3d Tech was also interesting in its own ways. Although I have already seen and used 3D printing technology back at SUTD plenty of times, the industrial applications of additive manufacturing reach far beyond what is available back at school. The prints which we were showed consisted of a variety of materials and manufacturing methods, and were extremely complex compared to any of my previous experiences with 3D printing. Their technology is applied in a wide range of fields, from the automobile and medical industries to consumer goods (such as shoes) and even human cell printing (and yes, all of the images below show entirely printed products). 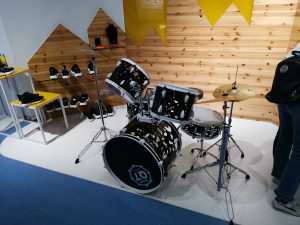 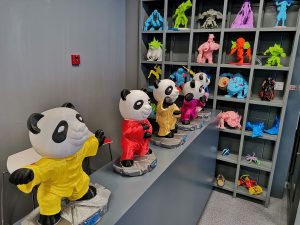 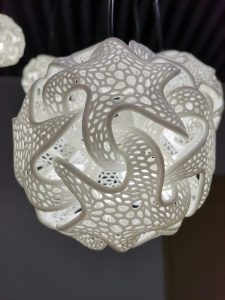 But perhaps even more impressive than their prints was the scanning technology they had on hand. With just a handheld scanner, they were able to construct accurate 3D models quickly and conveniently in a matter of seconds. 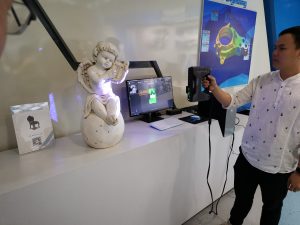 The day after the second culture experience activity, I attended the first official lessons of DATE 2019: a lecture on Design Thinking and Expression, followed by a lab activity where we began constructing our own origami robots. The lecture was not a smooth experience, mainly due to translation and space issues. The main lecture was conducted in Chinese in a classroom that wasn’t actually quite big enough to accommodate all 50+ of us, with intermittent English translations being provided by another professor. Fortunately, the hands-on lesson afterwards was less dry. We started by folding our origami ‘creatures’, which proved to be quite a challenge in itself, involving some rather difficult folds. After completing them, we were able to use Arduinos and servo motors to bring them to ‘life’, and to allow them to express their own emotions and actions. 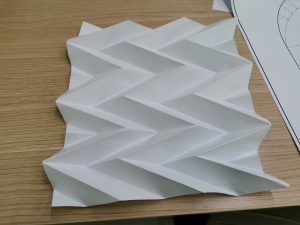 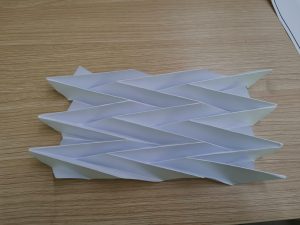 The final activity of the week was my first visit to Hangzhou Hu Shu School (杭州市湖墅学校). I was in the baking group, where we made cupcakes and cookies together with the kids (the other group did origami). Overall, it went well; the kids were fortunately enthusiastic and were very hands-on with the entire baking process (my worst fear had been that we would have to convince the kids to participate). Despite having special needs, the children were very well-behaved and patient as well, and it was truly fulfilling to see them enjoy the fruits of our combined efforts (although some of the cookies may have come out a bit burnt). Perhaps the most entertaining part of the morning, though, was when we attempted to decorate the cupcakes with frosting (also made by us, and which was honestly way too sweet for the kids’ health) – our efforts to write chinese characters using frosting were sometimes rather comical. 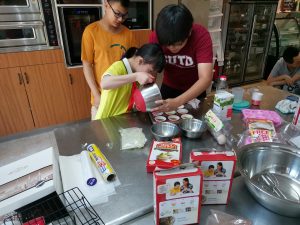 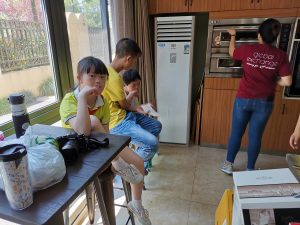 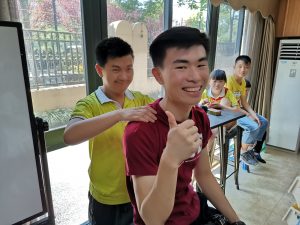 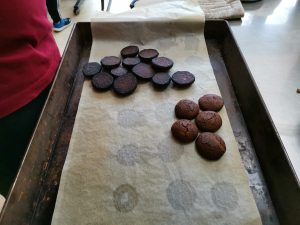 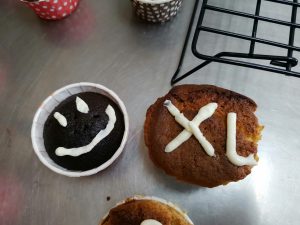 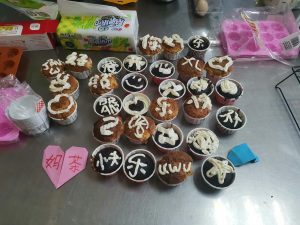 So to be honest, I don’t really expect that anyone will actually make it through the 1500+ words to this point, so if you have, congratulations (to be fair, I did say it would be a long ride).
During the opening address, one professor mentioned that we will experience four phases in our time here: the honeymoon phase, the shock phase, the negotiation phase, and the acceptance phase. Supposedly, we’re in the honeymoon phase, but it has often felt like the shock phase has already been creeping in slowly, thanks to the shorter amount of time that we have had to adapt.
But anyway, it’s been a really busy week, and I haven’t actually been able to cover everything that I wanted to in this post (it really is already long enough as it is). Moving forward, I’m really looking forward to exploring more of the areas in and around Hangzhou, as well as what I’ll be doing in my theme projects and DIP as well (more on this in the coming weeks, probably). 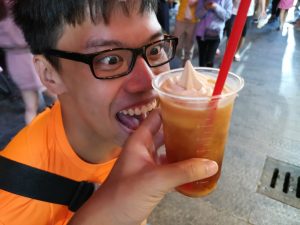