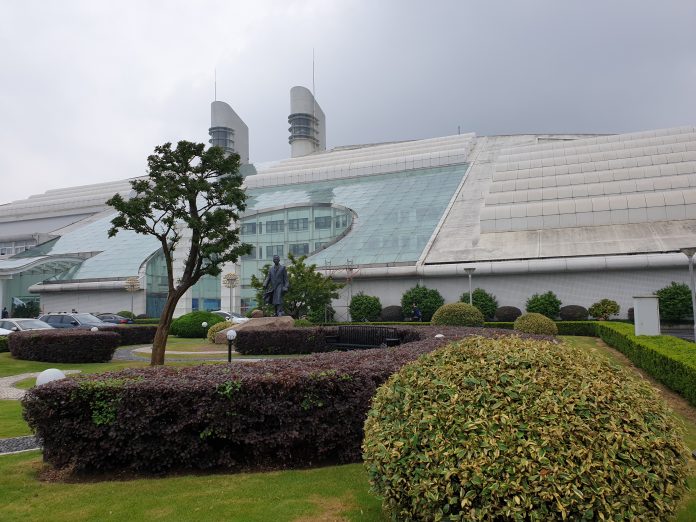 Before coming to Hangzhou had the impression that China is a dirty place, where air quality is unfavorable, and traffic is chaotic. However, after spending the first week at Zhenjiang University, made me learned to be more opened-minded. As the streets are clean, the air is acceptable and traffic smoother than expected.

The most surprising thing is their almost cashless system, which is implemented at every store we visited. This was impressively achievable by using apps such as WeChat or Alipay, which was widely used. Which was not only limited to pay for their food but also for their transportation as well. I personally find it rather convent, as reduces the amount of money and cards been carried. This also improves the speed of payment and reduces the chances for calculation errors due to handling stacks of cash. Resulting in a more efficient, less troublesome and reliable system for the transaction.

We had a Buddy Day on 18th May. Where we were split into groups and were brought to different locations of Hang Zhou by Zhejiang University students. My group was brought to White Tower Park which was about 1hour train ride from 虾龙圩 (xia long wei) to 水澄桥(shui cheng qiao) and walked for another 10mins before reaching the park. Upon reaching, we went to a restaurant to have our lunch, where our guides introduced some of the local dishes which turn out to be delicious where the meat would melt in our mouth leaving a pleasant after taste.

After satisfying lunch, we started walking around the White Tower park. Although the park was small, it has many beautiful spots where people were having their wedding pictures taken.

We also had the chance to seat in the 小火车 (Mini Train) where they simulate the riding experience when steam trains were popular. It was an interesting experience as there were little opportunities to ride a steam train in Singapore.

Special Thanks to those in the Photos