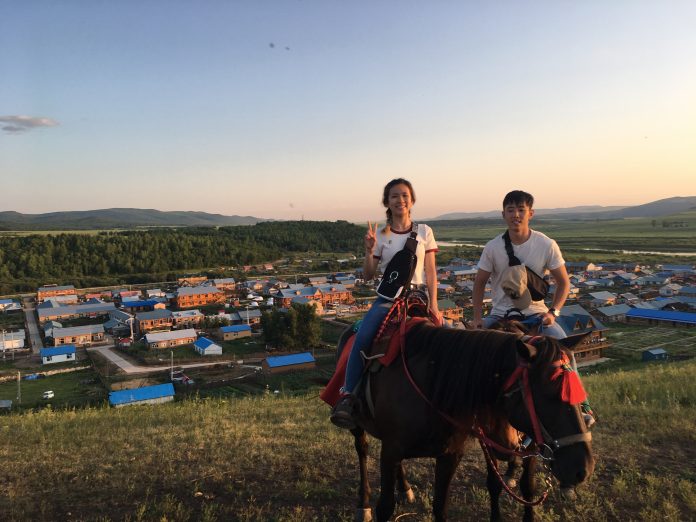 Exploring the outskirts of mainland china

We went to Harbin for a short two days followed by Inner Mongolia. Having been to Shanghai and Wuhan, the trip to Harbin and Inner Mongolia was really an eye-opener as they have unique cultures different from the bustling cities. In Harbin, you can already start to feel the Russian influence on the city due to its proximity with Russia. Russian cuisines are found on the main street and many performances related from Russia. We went to Harbin Flood Control Memorial Tower to commemorate the heroes who fought off the floods of Songhua River in 1957. We went to the Sun Island which was located opposite the Memorial Tower on a 20 minute ferry ride. The Sun Island was filled with pretty lakes, waterfall, parks and even had a mini theme park. We rode a 4 men bicycle exploring the island and it was a great experience. Unfortunately, it would have been more beautiful if it was in the winter so definitely, I will be coming back again! Lastly, we went to the Unit 731 Harbin Museum which showcased the history of the Germ Warfare by Japanese in World War 2 which involved the whole of Northeastern China and Soviet Union. It was indeed an insightful visit to learn the lessons from history to remind ourselves to be grateful of peace and security.

Inner Mongolia awed us right from the start when we stepped out of the main city, Hailar. Outside, it was just a wide area of grasslands that seems endless. We explored along the Moergele River which has many nice meanders and Genhe Wetland which was the biggest Wetland in Asia! We climbed to the top of the Wetland where we had a nice experience of shouting down our goals and wishes; something we could not do in the cities. We went north to visit the border between Inner Mongolia and Russia and stayed at a village called Lin Jiang. Although it seems like just a normal rural place, you can occasionally see Russian mixed bloods and there were many Russian products selling around. Afterwards, we followed down South along Erguna River which splits Russia and Inner Mongolia. We went to stay at Blackhead Mountain the following day where we tried horse riding, milking cows, feeding lambs, archery and put on traditional Mongolian costumes! We ended the day there with a bonfire where we danced around it with music and laughters. On our last day, we went to a town called Manzhouli which was also along the border of Russia and Inner Mongolia. It was a more bustling town with nice night lights and circuses around with a mixture of Russians and Mongolians whom both could speak each other’s languages. It was an amazing cultural trip and nice exploration to the sub rural areas and really learn about their lifestyles. 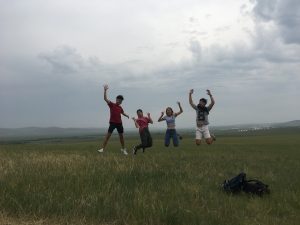 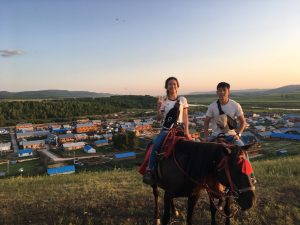