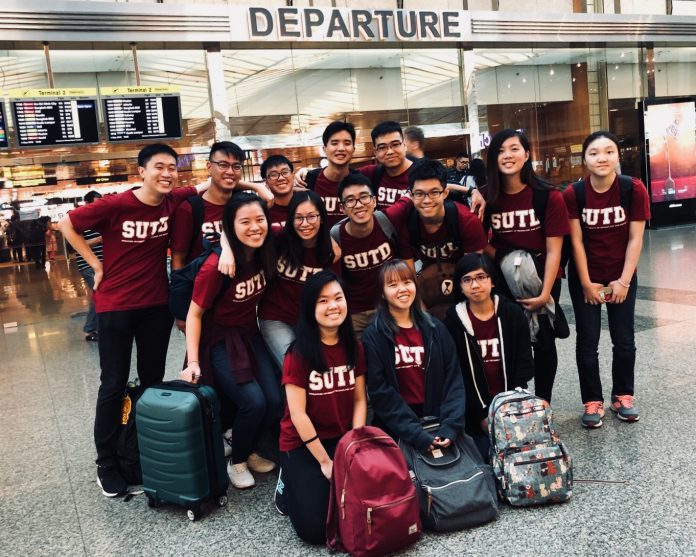 On the 5th of May, my Asian Leadership Exchange Program begins. After much administrative procedures, from the buying of our flight tickets, the buying of travel insurance, getting our visas and invitation letter from ZJU, I, together with my flight mates arrived Hang Zhou, China.

This is my first time going on an overseas exchange trip for such a long duration. For a first exchange trip to be China, there was definitely some apprehension towards the entire trip — because China is vastly different from Singapore in terms of culture and way of living.

Fortunately, my fellow exchange mates who arrived Hang Zhou a day earlier were very helpful in bringing us to the various locations to get our phone numbers changed, hostel bills paid and bank accounts set up -even though that meant having to walk for about 2 kilometres from the hostel.

That 2 kilometres of walking allowed me to catch a glimpse of Hang Zhou ( or China for that matter ). Unlike Singapore, the pavements of the streets of Hang Zhou were lined with bicycles and there are designated cycling paths on the main road. It was pretty evident from the road infrastructure that China encourages cycling as a mode of transportation by making it safe to commute via cycling. I find this wide-spread use of bicycles pretty commendable as it not only promote healthy living among people but also promotes more environmentally-friendly ways of commuting. Such a sight debunked all those images we had in our heads that China has smog in the air and that roads are constantly congested. They may hold true for other parts of China, but definitely not so much for Hang Zhou, Zhejiang Province.

Also during the 2 kilometres walk, we passed by many shops selling several items like beef noodles, huoguo, bubble tea and several convenient stalls. Such a sight further accentuates ( on top of the ubiquity of public bikes for use) how convenient lifestyles can be where everything its easily accessible. Given the variety of shops selling similar items, tourists and residents are spoiled for choice when it comes to picking a place for a meal – which is a good problem to have in my opinion.

That concludes the beginning of my ALP journey which consists of mainly settling down.