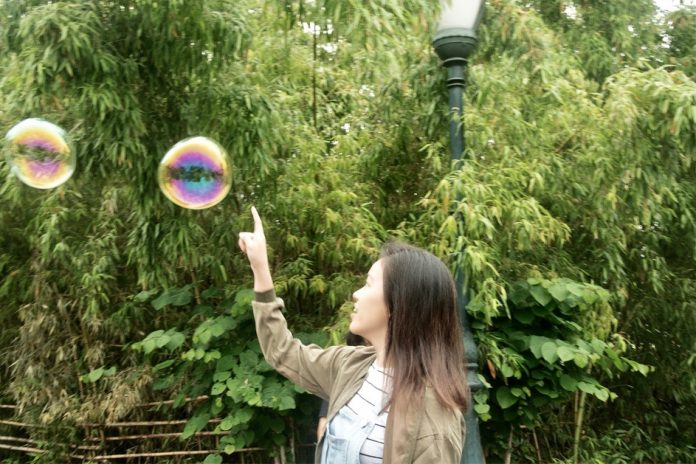 To pick up from where i left off from my previous post, my friends and I travelled out of Hang Zhou to Su Zhou. Finally out of the furnace of the entirety of China because Hang Zhou is known to be the hottest city in China during summer? HA. Just as we left Hang Zhou, the weather became cooler – much cooler, a solid 10 degree celsius cooler. Making all the Taobao-ed tank tops redundant.
It has been on my bucket list to visit Venice since secondary school because of that one social studies topic on Venice. All those water towns and granolas. Right. But where am I now? China. And the closest thing China could offer was Su Zhou. Su Zhou is popular for its silk and water towns. That’s right, WATER TOWNS. That was where we were heading over the weekends.

A THING ABOUT HIGH SPEED TRAINS IN CHINA

Before all those fun and games, we had to overcome the chaos at the Hang Zhou East railway station first. Being first-timers who commute using the high-speed railway across cities in China, we started with a lot of running from the east to west side of the station just to find the right ticketing counter to collect our Su Zhou – bound train tickets. Long story short, we managed to make it in time for the train with a few minutes to spare and at exactly one minute before the stipulated departure time, the train left for Su Zhou. And that concludes my cardio for the week. Lesson learned: get your tickets delivered to your address or just be good at Chinese because that would have helped a lot. Then again it was a 10/10 would recommend train station experience from me just because of the thrill (and the fact that we did not miss our train in the end).

Upon arrival, we settled down in our AirBnb. As it was raining we decided to hide indoors first. We headed to Eslite bookstore, which in my own words was a high SES ( social economic status ) mall. Items that were sold include high-end apparels, fragrances, crafting materials, novelty items, state of the art technology and more. As expected, we just window-shopped and get some inspiration of what to buy of taobao instead. For me I got a 1000 puzzle with a water town image on taobao , in case you were wondering.
As the rain subsided, we walked in the cool weather along well- forested pavements and through (what a Singaporean would say) green spaces to our dinner which was recommended by one of the local passser-by whom we asked. We wanted to cycle but the stark difference between Hang Zhou and Su Zhou hit us in the face. There were much lesser public bicycles in Su Zhou and those available were only accessible to locals. So walk and talk, walk and talk was it – which was pretty much my experience in Su Zhou was. In that sense, I liked what Su Zhou offered us, people who are so caught up in the fast-paced life back in Singapore.
In the mood for wandering around, we explored the surrounding environment of our dinner place which was a water town. If serenity is your thing, I guess this is the place to go to in Su Zhou.
Adding to the places of walk and talk adventures, we also visited some street food places in Su Zhou, just like we did for Hang Zhou. It was evident that the street stalls in Su Zhou were more modern and hybrid. What do i mean by hybrid? Along the streets we walked in Su Zhou, not only were there food stalls selling exotic food there were stalls with the big names like Apple, Xiao Mi, New Balance just casually in between street food stalls. Unlike in Su Zhou, stalls along such streets back in Hang Zhou mainly offer your typical China street food ( of animal organs and such ) and some traditional games you see in a typical carnival in Singapore. Locals and tourists indeed have a wide range of street – shopping experience offer in the different cities in China.
Thought you have heard enough of my walk and talk adventures in Su Zhou? You are quite wrong because we went to the last tourist attraction in Su Zhou – 虎丘, Tiger Hill, a hilltop garden where the main attraction was the leaning pagoda- Yunyan pagoda ( sounds like Leaning tower of Pisa, I guess?)
Here are some numbers about the leaning pagoda:
1. Stands tall at the height of 47m and slants at a 3 degree angle
2. Construction needed in 961CE during the Song dynasty
3. Pagoda slants as its foundation was originally built on half rock and half soil.
FIRST VISIT TO HUSHU SPECIAL SCHOOL

The time has come where we finally visited this school, whose students we would be interacting in the next few weeks. This was also the first time meeting 吴老师，the person who we have been contacting on WeChat all these while. He gave us a tour of the school. From there, we got a better understanding of what the school provides its students, who are primarily those with special needs. Personally, this might be the first time I visited a special needs school as I only heard of some in Singapore and never really went into one, let alone interacted with any students with special needs back in Singapore.
During this first visit, we did not get to interact with the students yet, but we did met some of them while we were looking around their classroom blocks. An interaction that left an impression on me was when we walking pass and ongoing class, one of the boys rushed to the door, bow and greeted on of us very enthusiastically. I have nothing much to say but that innocent act was quite heartwarming. Another thing that left an impression on me was that some shops in the school  are being managed by the school’s very own students – convenience store and a cafe. I find it pretty commendable of the school that they give their students the trust to work in a school setting as it allows them to integrate into the workforce in the future. Speaking about integration, among all the classrooms in the school, there is one particular one where lessons are conducted with the presence of both Hushu’s students and students from other school. To me, it just looks like a good platform for the young generation to mingle and empathise with students of different learning capability which was eye-opening on my end.
I look forward to interacting with the Hushu students with activities in our subsequent visits to the school together with my fellow TFI school mates.

Continuing from our first design fiction class last week on creating a storyboard that tells us “how to make a toast”, this weeks lesson focuses on how to put our ideas in video. As such, we were introduced to the basics of Premier Pro CC, a software for video-editing. This lesson was quite useful to me as I have an interest in video-editing which  I have yet to explore. That aside, some of my classmates were really competent in video editing and created really great videos (some that captures the very essence of the SUTDent’s sense of humour) that many had a great laugh at. For my group of three, we just tried to deliver a meme-filled video with sound effects and have fun while at it.
For the second half of our lessons, we were given a tour around ZJU’s CAD & CG Lab – which is about the equivalent of SUTD’s Fablab, just much bigger and have a different variety of machines and softwares. The one that caught my attention was the room where they showcased a data analytic project, VAUD. In gist, it was about how urban data can be used for various purposes. One example shown during the presentation, was how a commuter can potentially track and find his missing wallet based on his taxi history.

During this week’s meeting, we presented our research we made over the week. This presentation was literal 分工合作 in action as each of us deep dive into a particular topic relating to our project (for me it was sleep disorders) and shared our findings with one another through the presentation. Personally, I learn a lot ( an understatement) about existing smart lighting in the market and a more detailed understanding of a sleep cycle. Through this, we also got a better idea of which criteria should be prioritise in a product.
As our professor said (heavily paraphrased):

“if your product has everything, it is trash.”

From there, we moved on to the next stage of design thinking which was brainstorming ideas. We were each given a task to come up with three brief ideas on what product we should be working towards. In this process, we must take into consideration the user, scenario of product usage, function of product and user – product interaction. Our very impressive TA so succinctly put across the design thinking process, it pretty shed a light and gave us a clearer direction in our project.
By the end of this week we would have 6 X 3 = 18 ideas for our project and that is pretty exciting.
Till then, adios.
Click to rate this post!
[Total: 0 Average: 0]