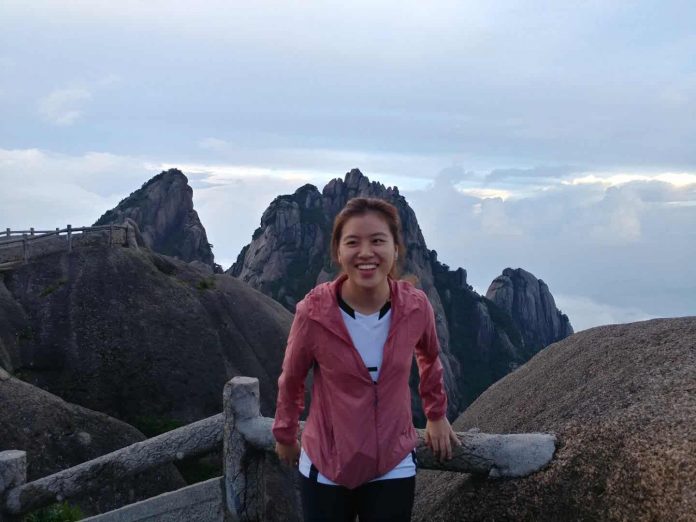 Time has flew by fast and now we are in the middle of this ALP journey -approximately 50/100 days. Yes, that’s right I am keeping count. Here’s how I spent my recess week in China….

It was about time we made a trip to Huangshan – a place that was recommended over and over again by my volleyball seniors who came for ALP last year. Huangshan seems like a shrine that every batch of ALP student would visit. After much last minute planning, we made our way to Huangshan. Prior to this trip, I’ve come to learn about something useful: there is such a thing as public bus that travels long distance which was cheap compared to the alternative.

Fast forward to the climbing ( together with a cable car ride ). I will be straight to the point and say that the place was foggy for most of the climb. Most common colour viewed: White. Most common comment : WhAt A siCK ViEw. Then it got me thinking about everything we see nature as……

It’s all transient – that’s the beauty

Like I mentioned earlier, bulk of the time was foggy. We were lucky enough to be able to catch a glimpse of what Huangshan truly offered when we headed to catch sunset on the first day. As expected of weather in the mountains, they change in almost a blink of an eye. I am not sure if it’s because the view was so temporary or the view was really sick, the view we caught was pretty breathtaking. Of course, we took our photos before everything turned to white and just let our eyes feast for as long as the weather permitted.

Turns out there is more to our sight

In the age of social media, for the most parts, we share things that are visually appealing. Maybe because of this, we tend to go after things that appeal to our sight, neglecting what nature can offer our other sense. Our sense of smell. Our sense of hearing. Our sense of touch. Our sense of taste. Turns out we can expect more than views from nature. Those times we look into white fog of “ nothingness “ , I guess it is when we unintentionally engage our other senses. When my eyes were not really stimulated by the ideal sight of mountainous scenery, it was when the birds chirping became more obvious, it was when I came to realise that the air that I was inhaling would probably be the least polluted it would ever be, it was when I came to appreciate the fact that the temperature that was surrounding me would be greatly missed the moment we return to Hang Zhou.

So apparently there is no such thing as climbing and venturing into nature too much. A few days after we came back from Huangshan, we went to Xihu area to climb another peak, 宝石山. Unlike, Huangshan, the weather this time was just humid, humid, humid + mosquito bites. We got to see how Xihu separated the forested areas city areas of Hang Zhou and it really was impressive how Hang Zhou manage to preserve green areas yet be so metropolitan. So does being a “green city” make Singapore really special or it’s a must to have to be a livable city? 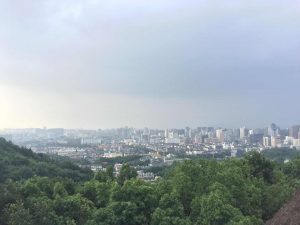 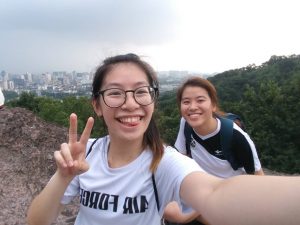 Here is another thing one cannot get enough in China ( at least for me )….Karaoke. During this recess week alone, I’ve increased my visit-count to Karaoke to 2 times. Let’s just say it will continue to increase, its just a matter of how fast that increase takes place and how sensitive I am to the cries of my bank account in China.

Okay, that’s all the banter I have for this week. Time to continue with the Intro-to-SUTD slides that we would be using on the first day of the ALIBABA workshop coming up this week which I am looking forward to !