Last we left off in the Shanghai adventures, I was busy dying in the cold weather, and we finally reached breakfast place. Yay! Anyway, whew! We had reached the place with the best kind of breakfast ­— beancurd, you tiao and soymilk. I was all so ready to get going with my breakfast endeavours, I order my food but with my incompetency in Chinese, I tried my bestest of the bestest to order what I want (actually could read the Chinese, just thought “hey let’s try something new!” and ordered something I couldn’t read). Oh boy, that was a bad idea. I ordered the salty beancurd! I was: okay, alright, this is fine. But well, I couldn’t get use to the taste. It’s hard to describe it. It’s basically a mixture of the texture of the beancurd, saltiness of the accompanying ingredients and the savouriness of the broth. My mouth felt so confused on what I was eating, and I cried a little on the inside, because I couldn’t get used to the taste. In the end, I couldn’t eat the beancurd finish (I’m sorry), but we passed it around the table for everyone to try.

(Still old SD card which I lost, but hold up, here comes the pictures!)

Okay, so off to another objective of our trip, and it is… An expensive restaurant, with good food (supposedly), and it is a 2 Star Michelin Restaurants called, Canton 8. Courtesy for Jun Jie to bring us there and experience some very fine dining in Shanghai. So what else to do other than show photos. (Luckily, I switched to the SD I am using most of the time, so I am so stocked with photos). 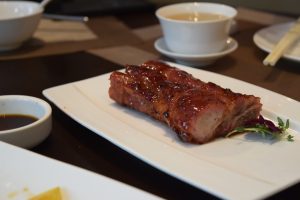 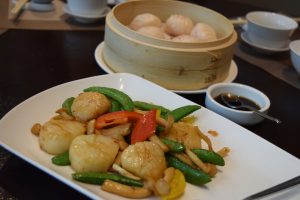 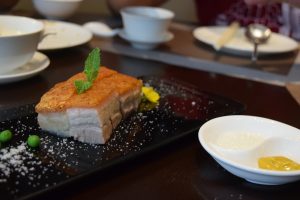 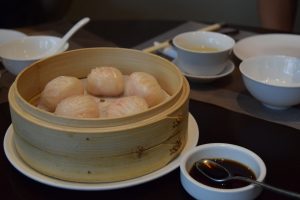 Pretty dope stuff rigghhht? We even had our cameras all set up to the take the food man. The food honestly, wasn’t the best in my honest opinion. I have eaten food that has tasted better before. Just for your information, this store just got into the 2-star Michelin Restaurant list, so it wasn’t entirely amazing. The scallops were fresh and had the chewiness and bouncy texture to it. The char siew was alright, nothing too amazing. The texture of the char siew is what was commendable as well. Oh! The best food out of all these selections was… the shao rou(烧肉). OMG! It was amazing! The fatty layer of meat below the crisp of the skin, wow, just wow. The pork was succulent and oozed with flavour with every bite.  To top it all off, it was accompanied with some sugar and honey mustard (I think). Wow, those complemented the dish so fantastically, it beat any shao kao I’ve eaten in Singapore, hands down. (Unless I’m missing out on some shao rou in Singapore) All in all, this trip to Canton 8 was alright. I wasn’t blown away by it’s standards, and it was just alright.

Next was waiting till our train timing to head back to Hangzhou, so we attempted to find a dessert place and chilled off at a spa. (I mean since we haven’t showered ever since the KTV) Nothing much special really, just spa doing spa things, and dessert eating dessert things. Can’t take pictures inside the spa for obvious reasons. On the other hand, the dessert shop owners were very welcoming to our patronage. We had some dessert ofcourse, can’t say too much about it. It wasn’t too mind blowing, but there was this pet store beside the dessert store, and it had the cutest kitten ever. 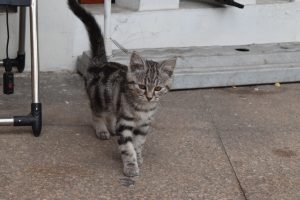 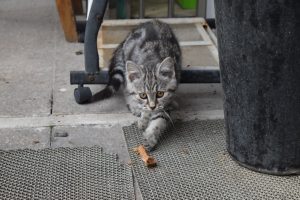