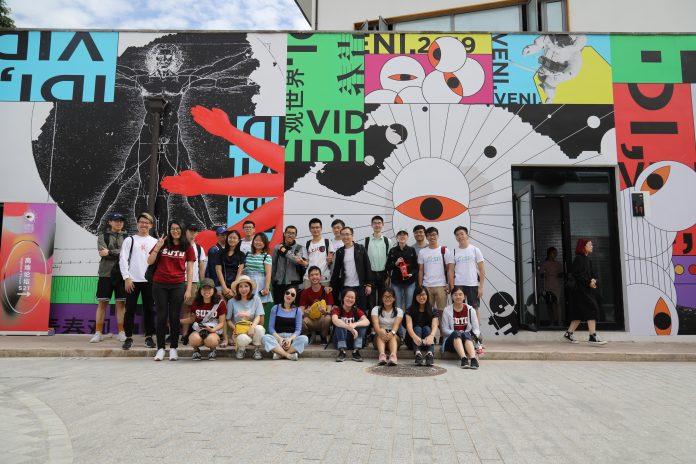 WEEK 3
In a blink of an eye it is now our third week here in China! I believe that I am really starting to adapt well to the life here in China. In just three weeks I have already gotten used to the many near-death experiences while crossing the road, spent almost 50% of the money I brought here on Taobao and food, upgraded my spicy level from “mild-spicy” to “medium-spicy” and obtained an Oscar award for acting like I understand what the professors here in ZJU are saying when they teach their courses in chinese.

All jokes aside, life here in China really isn’t as bad as I thought it would be (Apart from the school’s wifi being slower than 3G). This week, we continued to work on our Origami Robots project, visited Zhejiang Geely Holding Group Co. LTD, attended The First Zhijiang International Youth Art Festival and I even managed to catch the sunrise from the top of BaoShiShan beside XiHu lake.

Origami Robots Project
After presenting what we have done on week 2, the professors raised the bar and now in week 3, we are expected to come up with a storyline revolving around 2 origami robots that has 25 different expressions each. Inspired by the recent Detective Pikachu movie that we watched, my group decided to go along with a Pokemon storyline. So we created our very first Origami Pokemon: Pineko 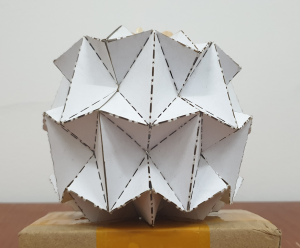 The story will later have Pineko evolve into our second Origami Pokemon: Fineko 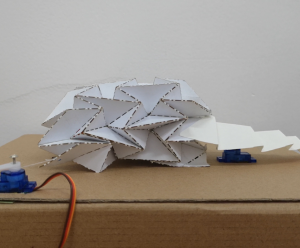 How we created Fineko was actually just by cutting Pineko in half and attaching a tail to it. But just that simple move created much more room for different expressions as we now have more “limbs” to move around as compared to Pineko where we only have one servo motor moving its body.

Company Visit to Zhejiang Geely Holding Group
Our company visit started off at the Geely Auto Experience Centre. It was actually more like a car showroom where they display different cars under the Geely brand. It was a funny experience as the tour guide felt more like a car salesperson trying to sell us one of their cars. He was even telling us about the prices of the cars and how we can get buy it at a certain price. 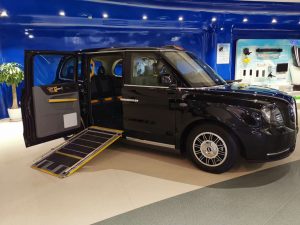 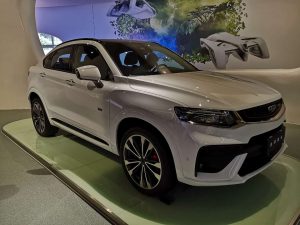 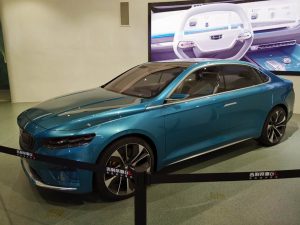 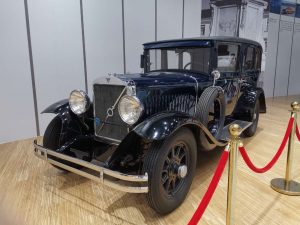 After the tour at the showroom, they brought us to this room which resembles a classroom and there a different guide started telling us more about their company structure. So apparently Geely Holding group is a very big company that actually owns many other car brands such as Volvo, Lotus and Proton. They have businesses in the Sports, Tourism and Education industry and even have a university called Geely University. After the lecture, we had some time to kill and they brought us to the Volvo car showroom that was conveniently located at the next building.

International Youth Art Festival
It is an art festival that Zhejiang students participated in to display their art pieces or projects. The most interesting exhibit there was the first exhibition we saw where they display future concept for cars. The other booths were mainly art pieces that students designed from everyday objects and they were separated according to their categories. 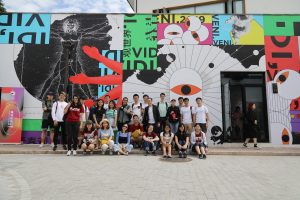 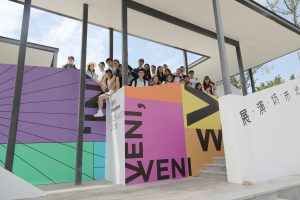 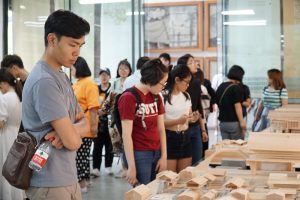 Sunrise at BaoShiShan
Since it is summer in China (or it almost is), the sun rises ridiculously early in the morning at around 4.50 am. In order for us to catch the sunrise, we had to leave our hostel at 3.15am. After undergoing intense training from SUTD to be night owls, many of us chose not to sleep but to play card games and mahjong all the way till 3am before leaving our hostel to take a taxi to XiHu lake. The climb up was not hard at all, it was at most a 30 mins hike to the scenic spot. The view from the spot was breathtaking, the sunrise however, was a disappointment. It was particularly cloudy that morning and we can barely see the sun. Despite that, the view was still pretty amazing and we spent too much time on that rock taking pictures. 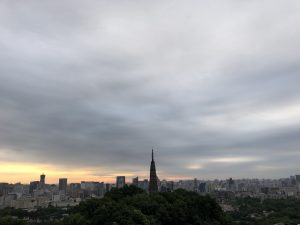