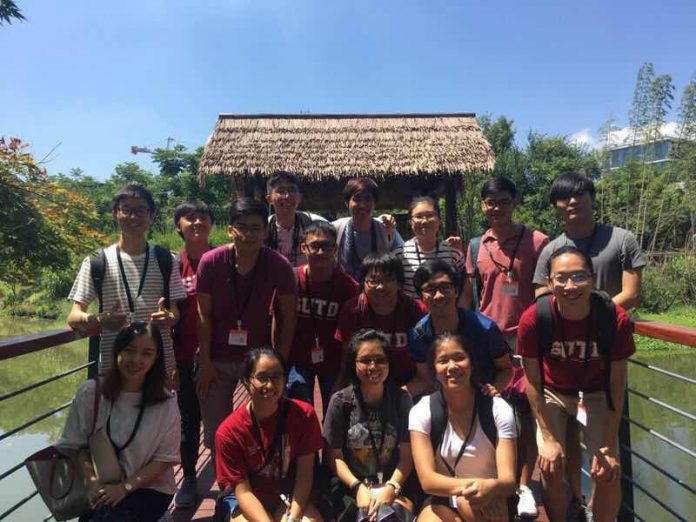 The one thing that I was looking forward to before I had left for ALP was the fact that there was a possibility of visiting Alibaba. I heard from seniors that some of them managed to coerce their professors into bringing them, and I was hoping that I could be among the lucky few to get to go this year. Alibaba has been one of the largest and fastest growing companies in China. Just from an everyday feel, by way of everyone using Alipay, I could tell just how much the company has really pervaded into the Chinese society. Even major companies in the United States are known to ship a majority of their goods from Alibaba. I wanted to go to the company headquarters to see how they operated, and learn more about their unique company culture, as well as experience some of their new technology.

We managed to convince out TAs to bring us on a tour to Alibaba since our professor happened to be involved in an ongoing project with Alibaba associates. As a result, they allowed us to bring up to 14 people, which we opened up to the rest of the ALP group on a first come first serve basis.

When we got there, the place was buzzing with people and already we could tell from a glance that it was not a normal workplace. The main entrance featured a giant orange statue of TaoBao’s mascot and even withing 10 meters of walking in there was a giant interactive screen showcasing Alibaba’s history. We explored some of the new fully automated shops, which tracks your position in the shop as well as any items that you take from the shelves, and it automatically deducts the amount directly from your Alipay account. It was a fully functioning shop, and it would be extremely interesting to see it being implemented in Singapore.

We also learnt a bit about Jack Ma’s philosophy, and about his love for olden China. A part of the premises is built to be similar to old Chinese gardens, and employees are given different fictional roles that play into China’s dynasty era. This is what gives Alibaba some of its rich culture, where the staff members are bonded and feel a sense of belonging to the company.

It was an extremely enriching experience, and definitely provided me with new knowledge to bring back!