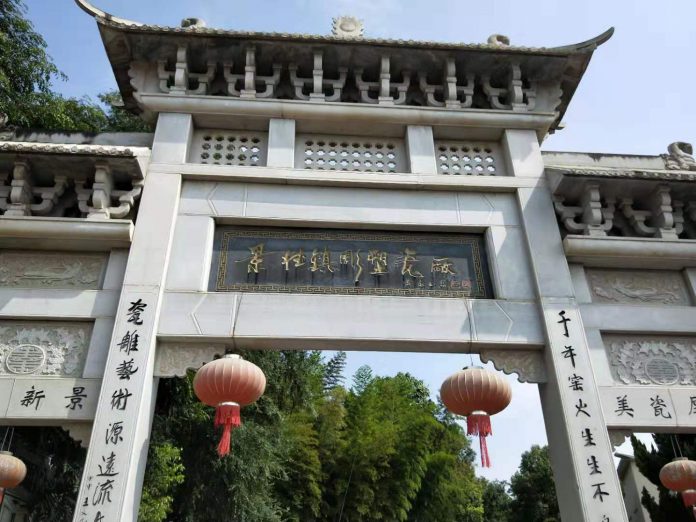 From Monday to Wednesday, I spent my time trying to achieve the project set for us at the start of the data visualization course, which was to create a website that sort of mimics the UI interface shown in the paper “Reducing Snapshots to Points: A Visual Analytics Approach to Dynamic Network Exploration”. I first tried learning React, which was a platform for making UI interfaces on the internet easier. This was recommended by the Teaching Assistants as even the demo shown to us was built on React. While React provides a sort of backbone, it is able to incorporate Javascript where I could use D3 within to produce more interactive animations. The whole project would consist of React as the mainframe, including Javascript, HTML and CSS elements to show how the whole website would look like, all while including D3 for transitions and Python for drawing graphs. My focus this week was mainly to read up and practice React as well as D3. Since both were pretty complicated, I spent a good amount of time trying my hands just on React and only touched a little bit on D3. By following a tutorial online, I was able to build a tic tac toe game using React. By the time I started on D3, it was already Wednesday, and I only managed to test out a few animation functions such as easeBounce and easeElastic. The lectures were also interesting as they cover about text visualization with fancy techniques such as TextArc as well as temporal data visualization using techniques such as a spiralling visual to show flow of time. 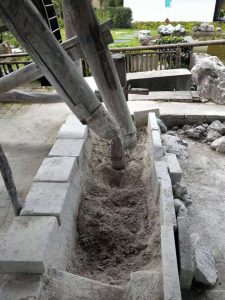 Moving on, from Thursday to Sunday, I had a great time trying my hands on pottery making, getting a good understanding of the steps required to make a set of porcelain as well as going down to the market to take a look at local artists’ products. On the first day, there was a gruelling 5-hour long ride all the way to Jing De Zhen. The location of Jing De Zhen was even further than Shanghai or Huang Shan, which took about 2.5 hrs by train. After we reached, we quickly settled down in the hotel before heading off to an exhibition showing how pottery was

made in the olden days in Jing De Zhen. It started with preparing the raw materials where people would climb up the mountain to gather a specific kind of rock. They will then bring it down where people can use a water mill to crush the rocks into powder. The powder is then collected in a pond where it is then dried to form a brick shaped clay. This is then placed on a pottery wheel which in the past is turned using a wooden stick where the potter then starts shaping the clay into the shape he has in mind. It is then left to dry before spraying a coating of glaze on it and after painting/doing up some finishing touches, it is finally left in a furnace to harden under intense heat. Throughout this entire process, we are only going to do the shaping of the clay as well as the painting after it hardens. Just on Thursday, after learning about the entire process by walking through the showcase, we get to have a hands-on activity where we shape our clay! We spent a good 3 hours playing around with the pottery wheel and I learnt that making a pottery is much harder than it seems. From the start till the end I was unable to create a satisfactory bowl despite watching the demonstration by a master at the very start of the experience. It was only on the next day when we practiced with the pottery wheel again did I get a somewhat decent bowl shape out.

As expected of a pottery town, most of everything is centred around pottery. From the ceramic themed restaurants to the ceramic based art pieces, the teachers from ZheJiang University brought us around to experience many such things. The ceramic museums were really interesting as there were many innovative works utilizing ceramics in unique ways. Some of the examples are using ceramics as a means to show meanings where a disfigured form can be easily made with soft clay representing twistedness or deformity. There were also many art pieces that tried to convey fragility and destruction with shattered ceramics. Of course, other than the art pieces, there were museums that presented the history of ceramics and how ceramic design changed over the dynasties in China. It was interesting seeing how ceramics become larger and more detailed as civilisation progresses showing how there is progress towards greater efficiency and appreciation for arts. 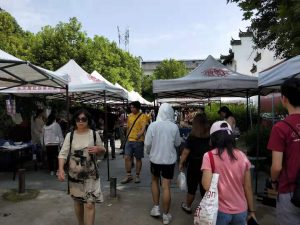 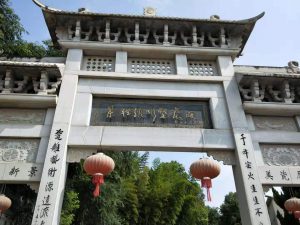 Lastly, the one thing I enjoyed a lot on this pottery experience was the shopping at the local markets. On Saturday Morning, many students from the nearby ceramic university will set up shop at a popular ceramic selling district. For just this one morning, many people will crowd around and get the chance to purchase the ceramics made by the students. It is also a quick showcase of the products that the students can make. The products vary greatly from cups to teapots to specialized tools such as stoves. It was interesting how the products now vary so much from the olden ceramics displayed in the museums where the design now focuses on minimalistic designs and aesthetic shapes instead of fancy drawings. I had spent quite a bit purchasing various interesting works and was very happy with my purchases.

Overall, this week is very fun as I had learnt much about data visualization as well as pottery making and its culture. I look forward to the next week where we work more on the theme project.