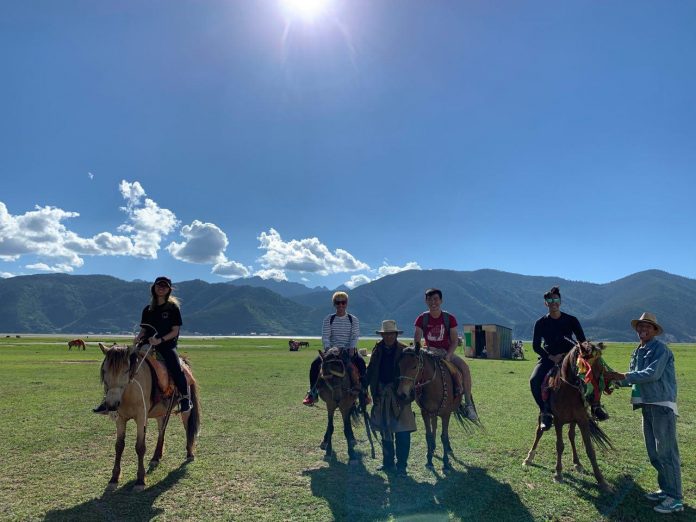 Another week, so comes the next installment of the Yunnan recess week travel blogs. This week I’ll be sharing my travel adventures in Shangri-la, Yunnan. 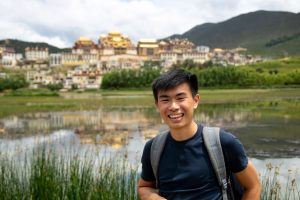 Shangri-la is located in the northern regions of Yunnan where it’s close to Tibet and Myanmar. At Shangri-la, the locals identify themselves as the ethnic minority group of Tibet. Even though their first language is Chinese, the mainly converse in Tibetan as they grew up with their friends who all speak the Tibetan language. Another interesting observation that I made was that the shops signs are written in three languages, English, Chinese and Tibetan which shows how strong the Tibetan influence is at Shangri-la.

Our first meal once we got off the bus at Shangri-la was traditional Tibetan food. We soon realise that most of the meat that were available at most shops were Yak meat, which were plentiful in this area of China. In the end, we settled for a local Tibetan shop and we had yak ribs, yak jerky and our good old favorite fried tomato egg. The yak meat had a slightly stronger and gamier taste compared to normal beef; it was still quite pleasant tasting but not something that I think I will eat on a daily basis as compared to chicken. Afterwards, we headed to our hotel accommodation, which was located on the fringes of the Shangri-la old town. Once we arrived at our accommodation, I was pleasantly surprised to find out that the hotel was built on a traditional Tibetan architecture and had the interior space was very neat and beautiful.

The altitude of Shangrila was about 3500m about sea level which made many stuffs that were air tight sealed in our bags expand, similar to what you experience on a flight. Something small but I thought was very interesting, going to a city that’s so high up that there’s this noticeable change compared to most cities at ground level.

Moving back to the narrative, after we settled in into our accommodations, we decided to rent a private hire car which cost us 200 yuan(40SGD) to bring us around the areas of Shangri-la which was very reasonable! Our first stop was to 纳帕海 which is a lake situated about 20min from the main county of Shangri-la. At the lake, there was horse riding service which would allow us to walk around the farm land skirting the lake. The landscape was extremely beautiful where there was vast expanses of grass and distant hills in the background which made it very picturesque. Another great part was that, we were the only tourist in that area which made the experience very intimate with the natural landscapes. There were many horses, sheeps and cattles that were grazing the vast expanse grass fields which was certainly a sight to behold.

It was my first time riding on a horse and according to one of the wranglers, I had the fastest horse of the fleet, but I didn’t take up this opportunity to see if I’m cowboy material hahah. But I was very happy to see that they treated the animals with respect and had proper rest areas for the horses when they are not on ‘duty’. The horse ride around the lake was a very enjoyable experience overall, having to traverse through this beautiful landscape and having the opportunity to take part in archery was a bonus! There was a make shift archery range that was setup where we could shoot with such a beautiful backdrop was truly memorable.

The next day, we explored the Songzalin monastery early in the morning which looked very similar to the Potala Monastery in Tibet. The monastery had a distinctly Tibetan architecture and gave me a glimpse of Tibet in Yunnan. In the evening, we visited the Potaso National Park which was a lake trail. 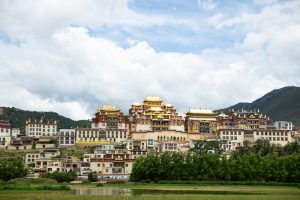 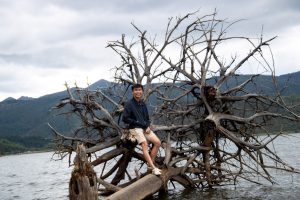