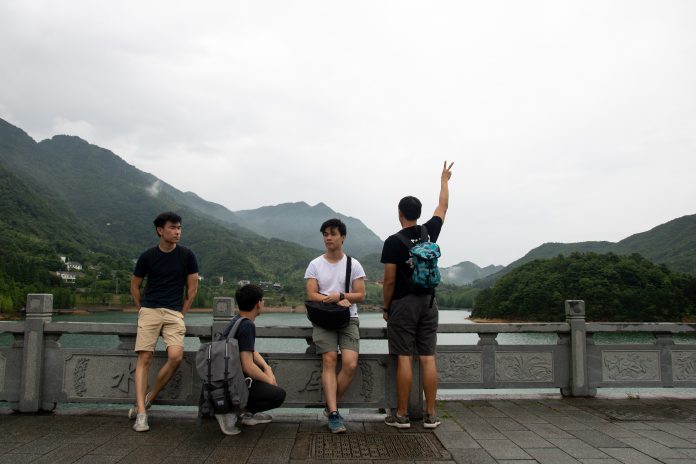 This week marks the last week of the Design and Technology Experience(DATE) in Zhejiang University China, looking back, I’m very thankful for this opportunity to learn and experience a new culture and environment. In this article, I would like to recount specific memories which deeply shaped my experience here in China.

The ‘Great firewall of China’, known for blocking materials not in line with the communist party’s vision. For many years, I viewed this technology to be hinderance to China’s growth as it’ll never be able to utilise the wisdom of knowledge and applications created from around the world. While there were some merits in my assumption, I found that China had its own internet with applications that even sometimes exceeded what we commonly use. The Chinese internet had their own version of international applications: Lazada -> Taobao,  Google -> Baidu, Grab -> Didi. However, there were applications that were more innovative such as Alipay and 航班管家 which brought together and simplified operations that required multiple applications or steps to complete otherwise. Simply said, China is not a single step behind.

As part of our theme learning journey, my theme group and I flew down to Shenzhen to learn about the technology landscape in ‘Silicon Valley East’.  We visited two companies: Webank and PingAn Technology, which were branches of parent companies, created to utilise technology for innovative solutions. Through my interactions and observations, it impressed on me the culture in Shenzhen of innovation and breaking the stigma of merely copying western technologies.  This new ‘made in China’ phenomenon  that is sweeping beyond Shenzhen, shows that the Chinese people’s grit to be a world leader in many aspects of the world economy including technologies and that we shouldn’t disregard this rising phenomenon.

The rail transport system in China has risen to become an important mode of domestic transportation, having the longest high-speed rail (HSR) network in the world. The arrival of the HSR network has made travel within the country affordable and convenient. In China, the HSR network has become the transport mode of choice within the country due to its punctuality, price and terminal’s proximity to the city centre compared to air transportation. During my travels, the rail network was our preferred choice of transportation as it had fewer delays, affordably price and located nearer to Zhejiang University. The train terminals, although crowded, never felt messy and had organised ticketing and gantry system to handle the huge crowds. In addition, the train cabins are clean and  maintained by crew on board, making the journey very comfortable.

To fully capitalise our time in China, we made use of the long weekends and recess week to travel and explore the different provinces, immersing ourselves in the culture and savouring the cuisine of that region.

During one of our long weekends, we caught a flight and explored the capital city of China, Beijing. Beijing was one of the places on my travel list, due to its significance as the cultural, political and historical heart of the Chinese culture. Walking through Tiananmen Square and envisioning the events that happen during the 1989 political crackdown and how it profoundly shaped the political climate of China, and China’s fight to control the history and image of the nation through censorship. Throughout the trip, I had many moments of introspection as I marvelled and reflected on these powerful events in history that has influenced the culture that I now experienced in China.

We decided to go for an epic adventure during our recess week, and after hearing our friend’s recommendations, we settled on Yunnan province in China to be the destination. The trip started off with an 11h HSR ride to the capital city of Yunnan,  Kunming city. This trip made me realise the sheer size of China, sitting on the train and watching the world  whizz past me. I saw the shift in terrain from farmed land, soaring mountains and finally the expansive grasslands in Yunnan.

In Yunnan, the population demographic was very different compared to the costal city in China, furthermore highlighting the diversity of the country’s population. In Shangri-La county, the local population identified as Tibetans and spoke Tibetan as their native language. It’s very interesting to see that many store signs had 3 different languages, showcasing the prevalence of their native language in the Han dominated population. This experience made me think of the difficulty in social cohesion that was so integral of Lee Kuan Yew policy to develop Singapore in the early years of independence. Having local populations who identified themselves uniquely, they had to compromise their conduct of cultural practices so as to not infringe on other cultural groups inhabiting the same land. This highlighted the importance of social harmony, and how it’s fragile construct should not be overlooked and taken for granted.

The payment scene in China was also a reason for my interest in joining the DATE program. Over the years I’ve read many articles sharing the marvel of Chinese payment revolution and after using this technology first hand, I’ve gained many insights and appreciation for this upcoming technology.

From my perspective, I’ve found that the success of the QR code is its integration of software and hardware products to create a unified system. The software technologies for consumers and merchants relies on a unified application using either Alipay or WeChat. These products famously called ‘all-in-one app’,  allows both consumers and merchants a single application to handle all their payment needs. My favourite of the two was Alipay, and it has ‘mini programs’, for companies such as McDonalds and Didi (China’s Grab) without a need to download additional apps. There are many additional features such as investment, expenditure tracker, messaging platform and a myriad of different features. The hardware product for consumers utilises an already commonly used product, mobile phone, not requiring people to purchase and carry an additional device. On the merchants’ side, they can print out QR code or utilise QR readers to perform the transactions. The printable QR code can attribute to the main success of the QR revolution as it only requires a A6 print in B&W to complete perform business transactions. Juxtaposed, to the QR reader terminal which can cost minimally of 52SGD, which presents a high upfront cost that small business may not be able to afford. These two innovations in the hardware and software technologies has allowed QR code to see the success it is experiencing today.