This Monday(13th May 2019) marks the start of the Design and Technology and Experience activity at Zhe Jiang University. We had a very warm introduction session where we shared out first week experience and shared about our exchange with the Zhe Jiang university students. Assigned to different themes exploring Hangzhou, we each shared our take on Hangzhou City and China as a whole, we shared about culture, transportation, conversations with the Zhe Jiang University Students and food! My theme was on the urban culture of HangZhou where we visited business and shopping district of Hangzhou. What stood out to me the most was that despite the rapid development of the economy, the region was very organize and well managed. Despite the media depicting China as developing out of its capacity, I can safely report that from my experience China(at least Hangzhou) has managed to find a balance where their rapid growth is well regulated and managed. 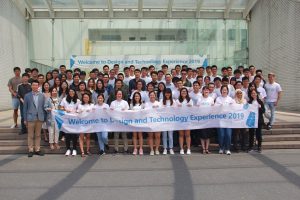 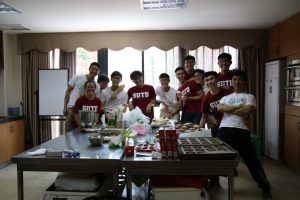 Another highlight of this week was the visit to Ningbo Fotile kitchenware factory. We were given a tour of the factory by the Fotile representative. They brought us to their assembly line where they manufacture their sink line. I was very impressed by the system that futile put in place to ensure that not only the manufacturing line was efficient but also to ensure that the welfare of the workers is taken care of. There were workers rest area to allow users to take a break and take a nap if need be, I believe working in the heavy industry, it’s important that the workers are alert to prevent workplace injury. The workplace culture at Fotile company was very strong, with a very strong emphasis on the brand culture where they created products they are proud to standby and be the industry standard, not the industry follower. Around the factory and the office spaces, the message of the founder of the company can be seen where there is a strong focus on commitment to ethics and values, the company’s strength lies not in its products but the people. From what I observe, I can see that they walk the walk they talk. This crushed another misconception that I held about Chinese companies where they throw ethics and quality out of the window for the sheer volume of production, instead I saw the focus on designing a quality product and building a strong company culture. This intangible value I learned was very valuable to me as I feel as though that even with rapid expansion without a strong base of values and company system, the company will not be able to grow smoothly in the long run.

In addition, we had our first summer class by Zhe Jiang University, where we tasked to create kinetic origami. To be honest, I thought that this exercise was rather meaningless to me as it was recreating origami that could already be found online. But it was only after the activity that I felt that there was learning that took place, we were given simple origami designs but how we decided to interpret and tell the story was all different. We do not only need a great physical product to make compelling story, the whole design process is in itself a product and there are areas where we can still differentiate and create a compelling product.

For our Temasek Foundation International project, we worked with 杭州湖墅校区. The school was the focus on nurturing the mentally disabled students during the primary and teenage phases of their life. We decided to conduct an origami and cooking session for the students of the school. I was on the team where we taught them how to bake cupcakes. At the ring of the bell, we were very warmly greeted by the students with their very enthusiastic greeting of 妮好, it was very heart-warming to see the student’s genuine excitement to learn a new skill such as baking. Throughout the session, what I felt I learned the most from this session was the positivity the students had towards learning. No doubt the students faced mental and physical disability and had troubles with their coordination, but they kept on trying and on one occasion, I saw a friend encouraging another kid who had troubles mixing the batter a better technique. We are indeed stronger together than divided and we are more than the sum of our parts. I found this journey leading up to first session very rewarding too, as the team leader of this community involvement project, there was a lot of coordination effort with the school, creating the curriculum and handling administrative matters with the school. But I felt that I learn the value of good documentation and communication among all members involve and do not unnecessarily compartmentalize information and announcements. 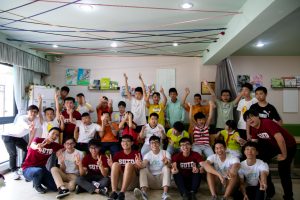 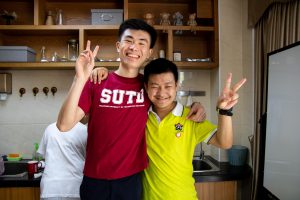 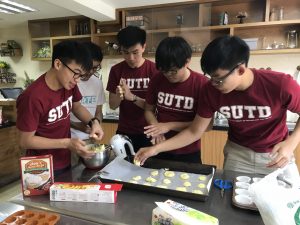 At the end of this week, we visited an ancient water town 2h drive away from Hangzhou city called 乌镇古镇. We had an early start to the day, waking up at 6 am so that we can catch one of this first train to the water town. The water town was split into two sections, the east and west sections, I would personally recommend going to the west section if you’re short on time as it is the less crowded and more scenic of the two. But both sections were very beautiful, converting this place into a heritage site meant that the place was very well maintained and upkept. Personally, I felt that this is a good example of sustainable tourism where there is a body that maintains the heritage site for an entrance fee which allows for the place to be continually maintained but also allow tourist to explore such locations. 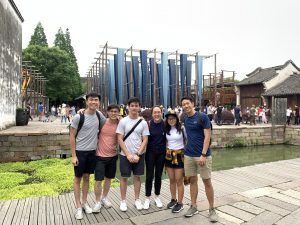 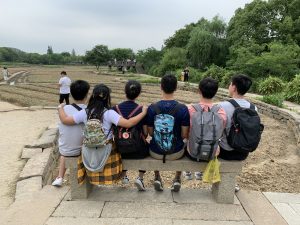 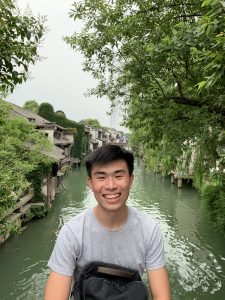 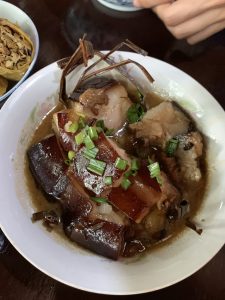 All in all, this week was a good learning journey for me. I was able to work on academic projects proper, but at the same time learn not academically but equally important learning experiences from the company visits and in my own travels.