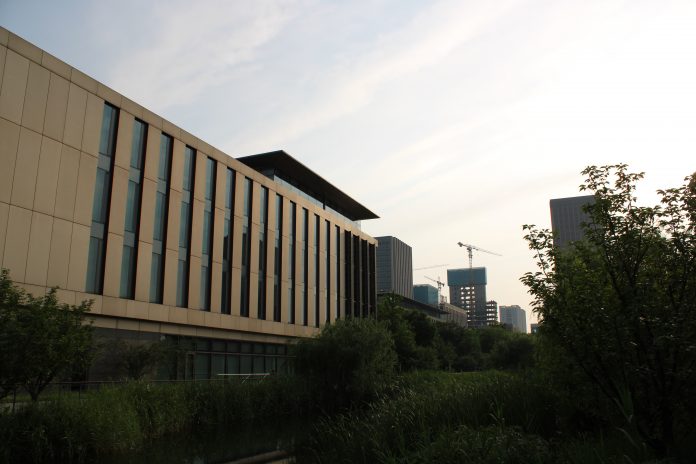 This week, we started our very first lesson with an optional ZJU mod that was taught by my theme’s professor. It was called Information and Interaction Design Technology and it was an already ongoing course (about 6 weeks in). The mod was about the principles of a design focused mindset, and the lesson in particular was describing certain things to look out for when designing and advertising a product. For example, one thing to keep in mind when designing a product would be to understand the target audience and how they would view that particular product. An app for the elderly would require a simple and user friendly UI, while an app targeted at the younger generation would have to be flashy and eye catching. Even though it was an engaging lesson, these concepts are not exactly new to us as the SUTD students have all went though a term of Intro to Design, where the same thinking and reasoning was taught to us. The lesson was 2 hours long, and was also taught in Chinese. This was the moment that the issue of a language barrier really sank in with me. Even though i already knew most of these concepts, it was still difficult for me to follow and understand everything that the professor was going through. This got me thinking about how it was a complete role reversal for us, and that this was exactly what the China scholars back in Singapore face everyday. It gave me a newfound respect for how much they really have to go through. Thankfully, the core mods in ZJU are all in English.

Shifting the focus away from academics, during the week, my team and i were allowed a visit to HuaWei Tech Headquarters, where we were given a tour of the facilities. The place was huge, with many different buildings that spanned probably the size of the SUTD campus. The people showing us around were kind and accommodating, and they explained to us the different aspects of the company, showing us the different technology they were working on. One of which was a conference room with large monitors showing a real time video feed. This was designed to be a convenient and realistic way of having an international conference.

Another interesting piece of technology was the a HTC Vive Virtual Reality headset that they primarily used for training new employees. They allowed us to play with the training simulation, which gave us new insight into the workings of what a typical job was like as an engineer. Although it was not the intended purpose of the training set, I think it would be pretty interesting to see it be implemented as such. A way for potential employees to see if they would enjoy that particular line of work, as well as scope out the difficulties of such a job beforehand. Overall, the company had a very startup, Google kind of vibe to it, where things are typically unconventional and interesting. Hopefully it will be something that I will have the opportunity to get used to in the future.