Week 3 of our Design and Technology Experience here at Zhe Jiang University. So far, I’m having a really positive experience here and it’s been more than just an academic learning journey, I’m able to experience the culture, economic and grow in my own personal journey. As the weeks progress, the academic grind has started to ramp up and I have become increasingly busy with pre-readings and classes, but I’m still very happy that I managed to find time to hang out with my friends, travel around Hangzhou but at the same time still find pockets of time for personal growth and development.

This Tuesday we visited Xin Hua news agency to have an introduction to a very powerful Artificial Intelligence Data-driven video software that allows viewers of their content to visualize large amounts of unfiltered data into a visual format that can be very easily interpreted by the average joe. The software called MAGIC is Xin Hua news agency latest arsenal to capitalize on the rise of data being widely available to the public. Personally, I found the tool to be very impressive, being a joint venture between Alibaba and Xin Hua news agency, they are able to turn large pool of data which was are not easily interpreted by readers and experts alike into a visual formats that are very familiar to us humans allowing us to draw more conclusive insights and analysis of the situation. This is truly the age where data is the new currencies and we are able to create actionable decisions based on what we are able to collect. Another thing which I felt I learned was the importance of data visualization, I always had the assumption that having the data would be sufficient and data visualization is an added-on gimmick. However, this initial assumption was quickly put to rest as I realized the importance of representing this data in a way that makes it interpretable as we will not be easily able to draw patterns and conclusions based on the vast amount of data that is available. This data needs to be represented in a coherent and organized fashion where there we can form an interpretation from this data. 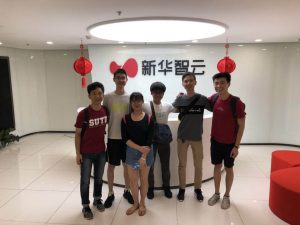 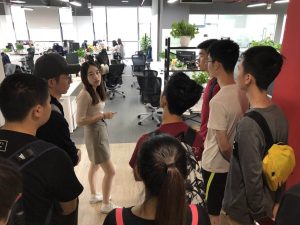 On Wednesday, we had the second Temasek Foundation international overseas community involvement program activity where we taught the children at the school how to play frisbee. Initially, I was very discouraged by the fact that we were not able to fulfill our goal to teach the children how to play frisbee as the children had motor control difficulties, short attention span, and learning difficulties. However, I realized that not in all situation do we need to be goal driven and the activities that we do need to have a measurable outcome. 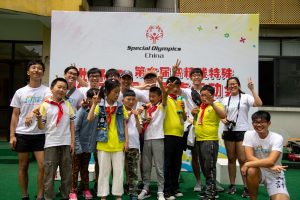 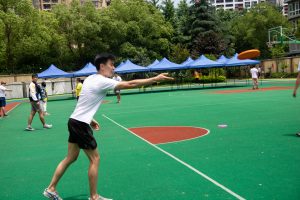 From Thursday to Friday, my DATE theme professor organized a business trip to ShenZhen which was a 2h flight from HangZhou to ShenZhen. We landed late on Thursday night, and we weren’t able to explore the city area much. But from the 45min taxi ride to our accommodation, the cityscape reminded me a lot of Singapore with its tall skyscraper and bustling street. On Friday, our theme Professor Chen Wei organized a trip to two companies namely Webank and Ping An Technology. 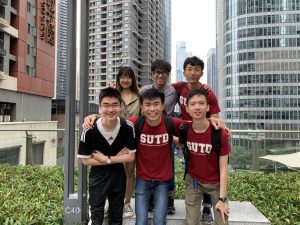 The first company trip was to WeBank which was located at the newly built hi-tech park in Shen Zhen. At the office headquarters, a company representative brought us around their office space. The office space reminded me a lot of the Google workplaces we commonly see on Youtube and it seemed that many Chinese companies are adopting this style of office spaces. In addition, they encourage company visits which indicates to me their openness to public eyes and being more transparent of their working culture and conditions. The company representative then brought us to the balcony where he entertains any question and explained to us Webank business model. I was particularly impressive by Webank design process when deciding to open this subsidiary in extension to Wechat. The business model of WeBank operates within the wechat application as it’s tailored towards the average users where they are able to make small loans from WeBank. I find this integration with Wechat amazing, as it fits the demographic perfectly where the average joe is able to log into the wechat application and make small loans through it. Even though the loan interest rate is higher, unlike conventional loaning companies, there’s no need to be physically present at the store and the loans can be done very conveniently through the application which reduces hassle. In addition, since most information is already stored in the wechat account through wechat pay and the initial registering, this would simplify the application procedure and creates accountability ad incentive for users to return the loan or else I can imagine there will be ramifications for delivering the loans late. 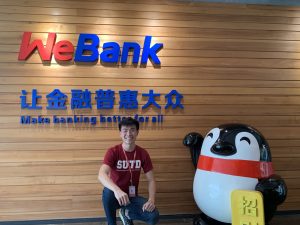 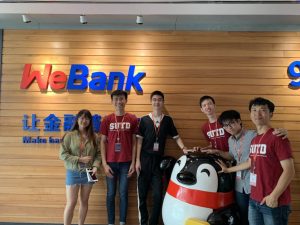 The second company visit was to Ping An technology, Prof Wei Chen was going to give a talk at Ping An conference room so we were delighted to be their valued guest. The head of IT infrastructure brought us around their office spaces and their R&D office. The R&D office tour impressed on me the most as it showed Ping An openness to embracing new areas of technologies such as Robotics. Even though the main operations of Ping An Technology is to provide AI solutions to the client, their R&D office had a department which focused on robotics, since they were at the early stages of development, there were many projects which were to reverse engineer existing innovative products. Ping An technology as a subsidiary was already very impressive on its own as at its core, Ping An is an insurance and finance company but they have diversified from their core businesses to capitalize on the rise of Artificial intelligence and now is a leader in providing AI technologies to the clients from local and abroad. Thus a big lesson for me is that even though your current business model may be established and strong, never get complacent and be in touch with the changing tides of the markets.

All in all, this week has been another experiential week for me, allowing me to learn more from the business and economic world view over the cultural view that I had learned during the first two weeks after landing here in Hangzhou. I look forward to many more adventures ahead in DATE and I’ll see you next week((: 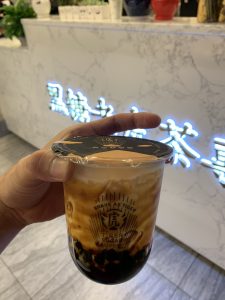 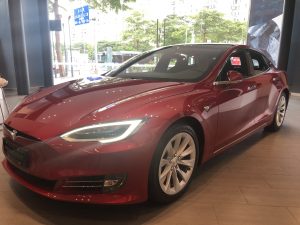