This week has been a pretty chill week and quite a sad one as it is our last CIP together with the kids in 湖墅学校. There was quite a significant progress my DIP project as well, where I managed to code out how to recognize basic hand gestures. Meanwhile the origami robot course is also moving onto the last phase, where we make our robot being able to interact with its surroundings.

On Sunday the previous week, I worked together with my team to finish up the origami robot presentation, where we put together the 30 actions, the action’s graphical representation, short videos and its character together into a PowerPoint and a long video linking together as many actions as possible through a storyline. Subsequently on Monday, we had our presentation together with every other group. It is amazing what the other groups made where despite the fact that we all made an origami robot, every group did vastly different areas of movements by attaching the servo motors in different areas. For example, there was a group that made an origami pokemon Rayquaza. It is able to move up down left right, and wiggle its body all the while with all its servo motors hidden. I felt like that was very impressive and it makes me think about how better to improve my seal origami in terms of the degrees of freedom it has to conduct its own movements.

On Tuesday, it is a rest day! There are no classes planned and I was quite tired from rushing the origami project for the previous few days. Thus me and another friend decided to take a break and play some games for the day! Because we were all under the same network, we decided to play some lan games. It was fun reliving my childhood from playing the games that I played when I was in primary school. 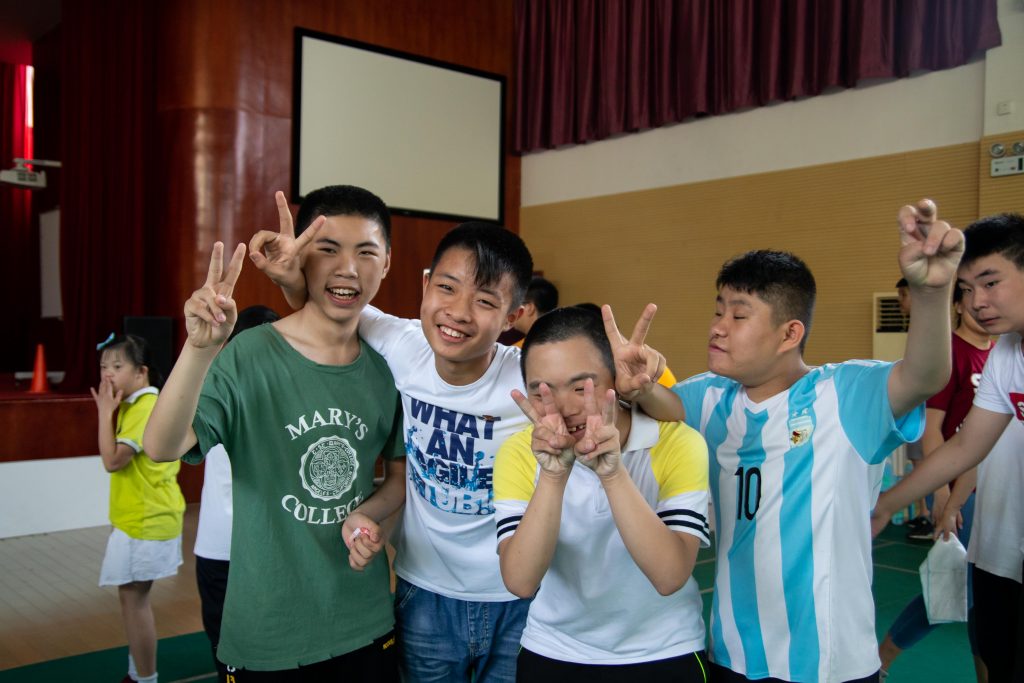 Moving on the Wednesday, it is the last CIP activity together with 湖墅学校 and we put in our upmost effort to make this activity a memorable one. Starting from the early morning, 3 of us went to buy hamper gifts for the kids to leave them with a lasting impression while the rest of us focus on learning and preparing the dance moves that we are going to teach the kids. I focused on the audio side of preparation where I ensured that the music needed for the dance can be played in the hall, and that I can change the volume/timing of the song easily. As the kids arrived into the hall, Martin and Brandon began teaching them how to dance. Even though the kids were not able to follow the moves easily, they seemed to have a lot of fun just dancing as they will jump and swing their hands along with the beat. I also learnt from one of the teachers that some of the kids because of their condition really hates the music being cut. Thus I switched from pausing the music to lowering its volume such that the kids can have a better time. Nearing the end, we gave them the hamper gifts that we prepared for them which consisted of sweets and stationaries. They were really happy receiving the gifts and I hoped that our presence there not only brought the kids happiness but also hoping that they learnt something. It would be good if our presence also gave the teachers a break from the stress of having to manage their class. In the end we took a last group photos and the main teacher gave us thanks for coming over to give the kids small enrichment classes. I felt sincerely happy that our small actions could mean something to them. It was a fun and enriching experience for both them and us and I really enjoyed this entire process.

On Thursday, it was the weekly origami classes. We learnt about interaction between our origami robot and another person. By bringing the many actions that we made for our origami robot, we are now capable of giving our robot a wide variety of reactions/presentation of emotions and attitude. Moving onto attaching sensors to the robot, we need to determine how the robot can interact with the person such that there is meaning to the interaction. One of the example that the professor gave is to think about how a robot can reply to a person that says “hi”. If the robot just says “hi” back every time the person says “hi”, it will be a meaningless interaction as that is the lowest level of interaction which is a repeated response interaction. However if the robot avoids the person and shows signs of fear, it tells the person that it is a cowardly/shy robot and that it does not want to interact with the person. This gives a deeper level of meaning to its interaction and thus should be something that we aim for.

On Friday, I worked on my DIP project where I tried to do a detection of whether the finger tip is at a certain position as well as a detection of whether the right hand is swiping right/left. Through reading up the examples given by Unity and looking through the documentation of Leap Motion Unity, I slowly figured out how to access the data of the hands being tracked by leap motion. After I managed to access these data, I can now set-up some conditions to be checked such as whether the palm velocity is in the range of a certain value or not. At first, I set the detection to be tracking the palm velocity, but after much testing, I realized that the swiping motion doesn’t rely much on the palm movement but more of the finger movement. Thus, I swapped the palm motion with a finger motion detection, such that only when the finger has a velocity in the range of a left swiping vector then it will trigger. I also spent some time understanding what Quaternions are about since Unity uses quaternions to do 3D rotations within its game space. It is very interesting how quaternions can describe 3D rotations and I am glad I took time out to understand this concept. 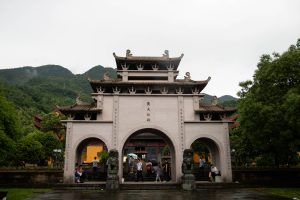 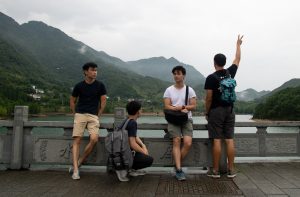 On Saturday, I went to 金华 to visit its 双龙洞 as well as 鹿湖 and 黄大仙祖宫. It was a very scenic trip but physically demanding as most of walking is going upslope or up a staircase. The entrance into 双龙洞 was pretty cool where we had to lie down on a boat facing upwards to enter as the entrance to the cave is very small. The atmosphere inside the cave is also pretty amazing with temperatures around 18 degrees and a humid atmosphere to give a mystic feeling to the cave. After the cave, we walked towards 鹿湖 where it looks like a dam with mountains behind giving it a very ancient Chinese scenery. We took lots of photos there before moving onto our last stop in 黄大仙祖宫. This temple is a Taoist temple with lots of large statues of deities and a 八卦 in the middle of the temple. Overall, it was a fun trip with lots of walking and taking pictures!

In this week, I managed to make significant progress in my DIP project, explored 金华 as well as having a very meaningful last CIP session at 湖墅学校. It was a very enriching week but I could have done more especially on my progress in DIP as well as in the origami robots project. Looking forward to having a more complete product of the DIP project as well as finishing up our origami robot.