It is Week 5 of ALP! Time is passing too fast. In roughly two more months, we’ll be leaving this beautiful country and it’ll be back to school for us.

This week, the school organized a cultural exhibition for us. It was a visit to a Yamaha factory in Hangzhou and only 25 people could sign up for it! Luckily, I was awake when the registration form was shared on our WeChat group and managed to secure a spot for the visit.

Upon reaching the factory, we were allowed to admire some pianos and guitars for a bit before the tour began. During this time, Zhi Jun from our group, took a seat at one of the pianos and began to play! It was a pleasant surprise because I had always thought her to be really shy but who am I to judge? She played really well!

The tour began with a walk through the wood-drying section of the factory. The whole area was extremely huge with piles of wooden planks of various types and sizes stacked up to dry. Yamaha took it upon themselves to cure the wood they use for their musical instruments, which can take a very long time. Some had been drying for years and still weren’t ready! Luckily they had non-natural means of curing the wood that took way less time but still produced the same results. Science

Next, we took a look at the Piano and Guitar production lines. It was very eye-opening. The production lines were divided into different sections like ‘Stringing’, ‘Tuning’, and ‘Polishing’. The instruments were made from scratch, so we could see how some pieces of wood were cut, shaped and put together to form a the shape of the instrument or how they were tuned numerous times throughout their conception. Our guides explained a lot in depth on the reasons behind many of the processes involved and really helped us understand! Despite the chaos in the factory, it was very organized. We only had to walk in a straight path for the tour and we could see all the processes on our left and right!

Undoubtedly, the complexity of all the processes was very intriguing but what left me in awe was how the factory began in the first place. It must have taken a genius to divide up the processes, design the factory layout, allocate the working hours etc. It was a really enlightening tour!

On Saturday, I went on a hike with some fellow ALP students. The trail was called 徽杭古道, Hui Hang Ancient Trail. It was a 16km walk starting in Zhejiang province and ending in Anhui province. The weather was really good and being up in the mountains, the wind was really refreshing. It was one of the most important trading routes in ancient China.

Luckily, the 16km trail was not as tough as we thought. The first hour or so was uphill, which was quite tiring. However, the rest of the trail was not too bad. We completed the hike in about 6 hours, but it didn’t feel painfully long especially with scenery to look at and people to talk to!

It was good to get the day away from school and exercise a little. I highly recommend this hike for anyone visiting nearby! At 188 yuan, the tour package was really worth it! It included transport to and from school as well as a guide to bring us along the trail. 5/7 would go again.

The dog photo was taken by Ben and the group photo by Kenji. Thanks for reading! 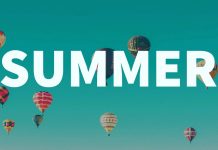