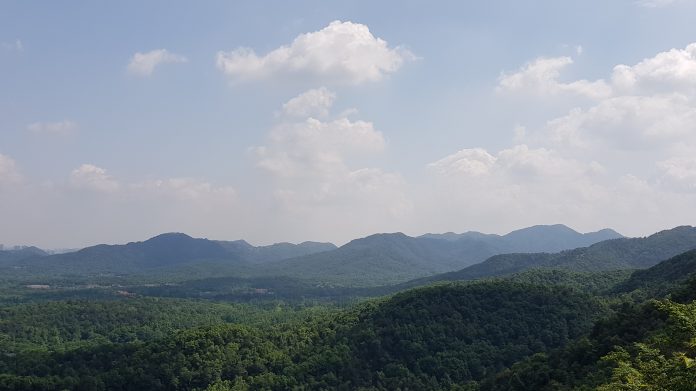 Last week’s post if you missed it: Week Zero

It’s one week into the Asian Leadership Programme (ALP), and for the past week or so, we’ve done nothing but have fun in explore Hangzhou and experience the Chinese life. Sort of. The ALP has several key demands for its participants: participating in the required design classes (that is literally the big D in SUTD after all), completing our theme projects and acquiring cultural experience.

The typical Singaporean might have dismissed the latter as the least important, given that it offers little to no practical value, but I think that’s hardly true. Practical skills are easy to acquire – read a book, sign up for a MOOC, watch some Youtube tutorial and you have what you need to start learning that skill – but experiencing a culture different from your own can change you on a much deeper level. After all, the culture you’ve been steeped in since birth forms a lens through which you view the world – along with things like food, music, customs and etiquettes – also colours your personal values and fundamental assumptions about the nature of people. When you fish yourself out from your native culture and immerse yourself in something different, you’d undoubtedly feel a stark difference, and from these discomforts and disconnects you come to question and appreciate your own culture. And I, for one, have come to appreciate air.

Singapore is pretty well-known for being a really clean city – the air you breathe while in lazing about at home is no different from when you’re out for a jog. I’ve not travelled to many countries, but of those that I have, the urban areas seem to have a distinct scent about them. For most cities, that scent is noticeable but subtle, like adding that hint of pepper into your food just for a pinch of piquancy. Meanwhile in Hangzhou, it’s like having a dollop of mala sauce invading your food and conquering your tongue (in other news, it’s also incredibly delicious, but that’s not the point I’m trying to make). The air here simply isn’t as clean as Singapore – I’ve seen so many people wearing face masks to ward off the dust – and there’s a persistent odour that permeates the air. After some time, you get used to it, but you’ll always have this niggling craving for proper, honest-to-god, fresh, crisp air.

So we climbed a hill for it.

We climbed this little hill named Beigaofeng (Tall North Hill) which was reputed for having some of the best views of Hangzhou – supposedly it’s also one of the taller ones. Our trail started off from the Yuquan campus of Zhejiang University (which has several campuses in Hangzhou alone), climbing up about 250 metres of concrete stairs before reaching the ridgeline. Coasting along the cobblestone path, we stopped on occasion to take in the sights (and also take photos to show off), and eventually (and unknowingly) reached the peak of Beigaofeng.

Surmounting the stairs alone was a nightmare for me – I’ve always hated cardio and that seemingly endless flight of stairs only affirmed my distaste for aerobic exercise. Imagine my surprise when I reached the top of the stairs panting and crying for mercy, only to find people easily triple my age sauntering along the cobblestone path (I later found out that there were easier ways of ascending the ridge, one of which being a cable car ride). Some of us decided to hike back down the hill. I took the cable car instead.

It wasn’t the first time I had a breath of fresh air though – the day before, a bunch of us set out for Xihu (West Lake) for what was essentially a very, very long stroll. As with all parks, Xihu blends curated greenery with the comforts of the urban.  Trams ply the walkways, ferrying those who prefer not to walk, while ferries and boats take people out into the lake itself. Storefronts and trees line the street with equal proportion, with tourist-inclined shops offering photos, souvenirs and light snacks. Yet, with all these urban comforts, the lake and trees seem to ward off most of the tainted urban air – a pleasant surprise indeed. Even though we went on a Monday, there were plenty of visitors, with the young and old alike plying the asphalt path. There were a handful of people fishing as well, and we got to watch someone haul up a fish as long as his torso.

And on a completely unrelated note, we had steamed fish in thickened black vinegar sauce thereafter.

Well, this wall of text along represents less than half of my week, and I’ve got oh so much to share. We later had ‘Buddy Day’, a part of our cultural experience segment in ALP, and that was incredibly, incredibly eventful. A whole post alone would be needed to do it justice, and a whole post it will get. With that, I’ll bring this post to a close for now. See you in the next post!