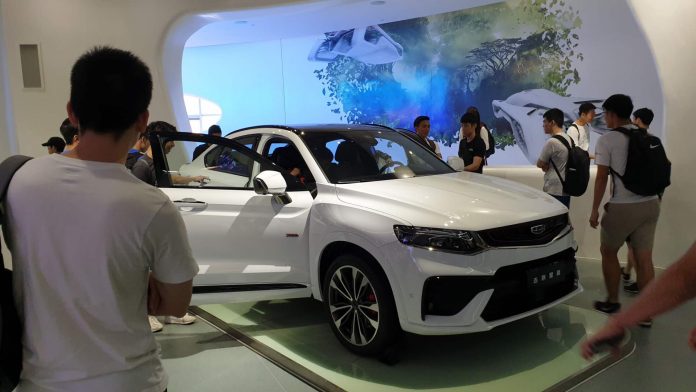 3 weeks ago, I stumbled into Hangzhou, Zhejiang and not very ready to call this place home for the next 3 months. We started the term with the Design Thinking and Expression: Origami Robots course. This week we have a presentation due and a company visit to Zhejiang Geely Holding Group as part of our Cultural Experience Activity.

The goal of this week’s presentation was to demonstrate the combination of Arduino motors into 5 origami pieces per group, with each origami piece having 5 movements. Initially, it was difficult to incorporate motors with origami; a normally immobile display piece. But my group soon got the hang of it.

At the end of the session, we were informed to select one origami and recreate another piece for another presentation next week. The next presentation was far more difficult as each origami had to express itself in 25 different scenarios. My group decided a peacock and a lizard would be suitable for a variety of actions.

Next, was the company visit to Zhejiang Geely Holding Group. Geely is an international conglomerate that has been growing rapidly over the past few years. At present, it is the fastest growing automotive group in the world, with an annual growth rate of 18%. Geely is the major shareholder of well-known car manufacturing companies such as Volvo, and Lotus. 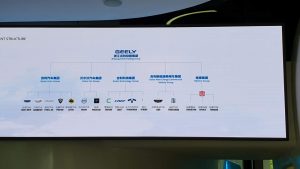 In 2017, it bought over our neighbouring country’s Proton. In addition, Geely has its own line-up of affordable cars and launched another car brand, Lynk and Co, targeted to appeal to the younger generation of consumers. Besides those, it owns a range of other companies. 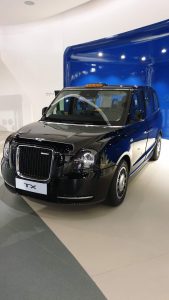 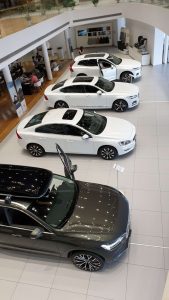 Geely aims to achieve an annual production and sales of 3 million vehicles per year by 2020. As part of its Corporate Social Responsibility (CSR) goals, Geely targets poverty alleviation within China using a four-pronged approach in education, employment, industry and agriculture. It has invested 600-700 million RMB in 10 provinces over the past 5 years. 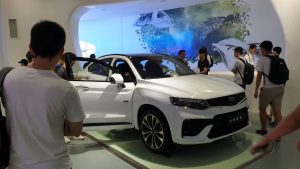 Our visit consisted of a Powerpoint presentation about the company and tours in the Geely and Volvo showrooms. I was surprised to find out that many Geely vehicles were either electric or semi-electric. An additional point I would like to make: Before coming to Zhejiang, I naively thought that electric vehicles were uncommon. However, after a few days in Zhejiang, I noticed all of their motorcycles and public buses were electric. Afterwards, I found out that electric motorcycles have been around in China for over 10 years; which begs the question why is Singapore not hopping on the electric bandwagon, with its proven environmental friendliness and greater efficiency. Geely cars were of good quality and build, which erases a dated impression of Chinese made goods. A decent SUV costs only SGD $20’000 and the cheapest car, only around SGD $10,000. In recent years, the British government even commissioned Geely to manufacture the new generation of London cabs, which are once again, unsurprisingly, electric.

In sum, I am certain DATE will be an enriching experience and feel more ready for the next 3 months.