In the past weekend, 4 teams went for Wilderness in Maine while 4 teams didn’t. For those who stayed in Boston, we went on a duck tour.

The duck boat went around the various historical sites. We learnt about fun facts of Boston: its areas’ namings (eg, Back Bay was actually a back bay of Boston until it underwent landfill for 40 over years in the 19th century), outstanding buildings (the old City Hall has a 14 pound pure gold dome) and more.

Boston also holds the church where same-sex marriage was first legalised in the USA. It got me thinking that Boston is one of the most liberal and forward looking cities.

While in Charles River, our guide noticed that there was a bird in the river (whose species name I have forgotten). The bird looked like an all black feathered duck but its entire body was within the river. Our guide told us that this bird isn’t a duck. It dives up to 40 ft to catch fish. We only saw one, but he told us that one is enough to show that Charles River is in a healthy ecosystem state.

In its history, like Singapore River, Charles River was dirtied by improper treatment and had to undergo big clean ups for decades before achieving its current clean blue water state. In the 17th century,  The Puritans  even made it legal to dump corpses into the river! 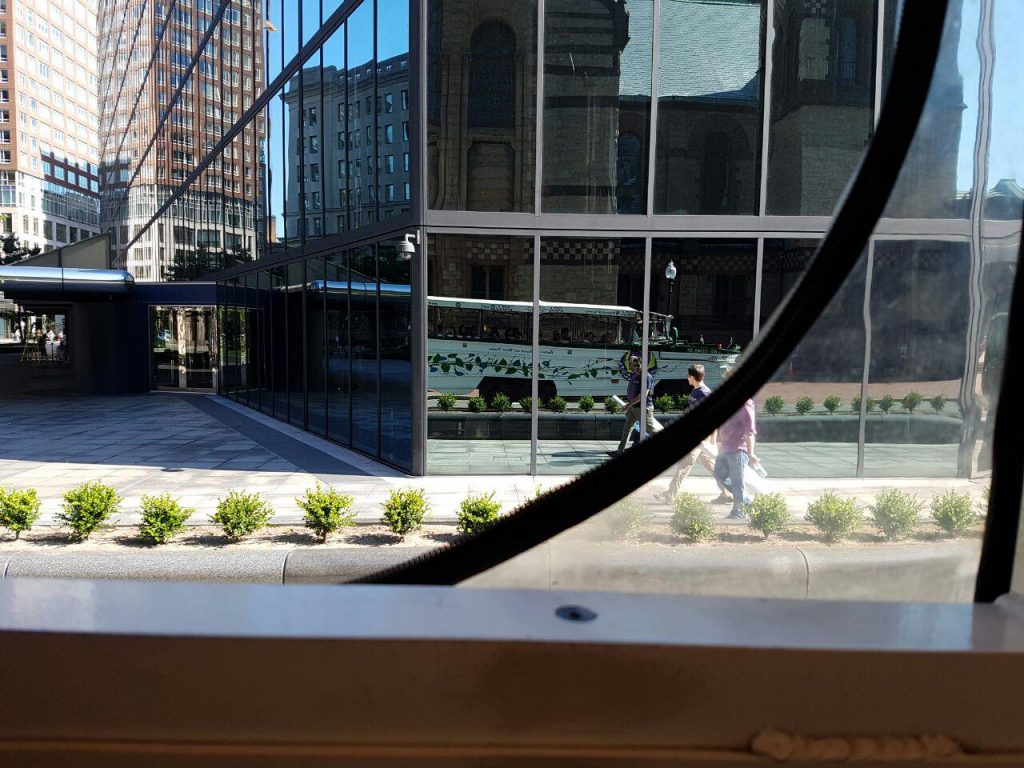 At the end of the tour, I felt that I had learnt a lot on the history of Boston