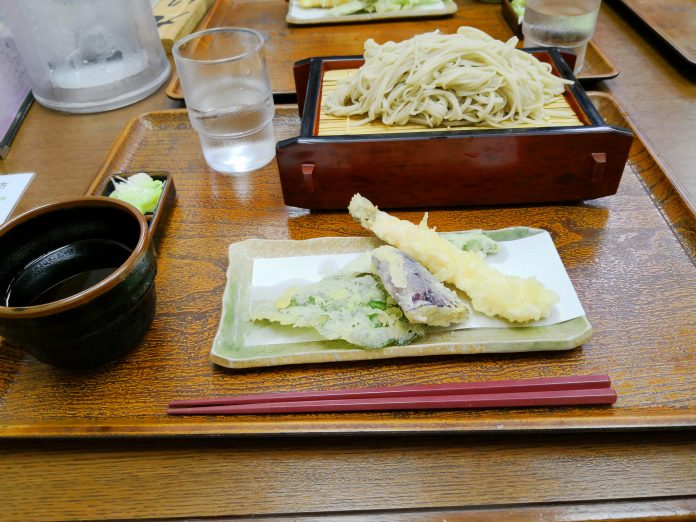 Over the last weekend, our lab went on a two day training camp/trip to Ito City. It is about a 2 hours car ride south from Ookayama station so it’s pretty far out from the main Tokyo area!

We arrived on Saturday afternoon and begun our group presentations to each other on the fruits of our industry analysis in the past month. Although my group was ranked last out of the three, I found the process to be very enjoyable and I learnt more about the way they do a technical approach in analysis, the way they do groupwork, the style they present, etc.

We had originally planned to have a BBQ in the evening, but it was unfortunately raining so we cooked dinner together in the kitchen instead!!! Their homemade curry was so delicious and we made gyozas (餃子)!!!

There was an onsen (温泉) in our accommodation so we made use of that as well, before we had a drinking party (飲み会, nomikai) where we not only had drinks, but also a quiz game that one of our Masters students came up with voluntarily. After that we spent a considerable amount of time playing games that our sensei (先生) introduced us to. They are like the fuzzy-wuzzy/how many meh mehs jumped over the wall type of games that Singaporeans sometimes play, but it was the Japanese version!

The next day, we visited a soba (そば) place that allowed us to make our own soba, from scratch! Our hands were dirty during the making process so I didn’t take many photos of this but it was really satisfying to make our own and eat the sobas of our labor!

After our brunch, we visited a big onsen place and had a relaxing afternoon taking a bath and relaxing in the premises. Apart from the actual onsen, they have many nice chairs we can take a nap in, they have a big TV to watch sports in (Sports is very popular in Japan), a huge bookshelf of manga to peruse, and even Shogi (将棋) and Go (碁) sets to play with!! I took the opportunity to ask one of our labmates to teach us Shogi since we had it.

Once again, we had originally planned to climb a short hill (actually ride an elevator most of the way probably) but due to wet weather, it was cancelled. So we spent more time in the onsen premises before returning to Ookayama.

That’s pretty much the summary of events but here I’d like to add some observations/reflections that I feel makes this exchange a much different and enriching experience than that of a regular vacation trip to Japan.

Firstly, it may not be necessary, but it is a way more enriching experience if you learn the basics of the Japanese language prior to this exchange program. I don’t have a JLPT grade but I have been studying Japanese for about a year before this exchange (for its own sake, not in anticipation of this program). From my studies, I understood the concept and uses of formal and informal speech, the popularity of certain words or phrases and some nuances in the language that makes it difficult to translate into another language, like English, for example. I feel that it makes it easier for me to adapt to a Japanese environment. This brings me to my next point.

In a regular vacation trip to Japan, the most of your conversation with a local is likely to be at a convenience store, shops, restaurants, etc. In some places, they speak English so your burden is lightened. Even if you hold a conversation with them in Japanese, it is not likely to go beyond “Would you like a plastic bag?”, “Would you like this heated up?”, “Do you have a point card?”, and so on.

The point is that in this exchange program, our conversations go way beyond that. We are assigned to a lab where Frank and I are 10% of the students in there. In our case, we are also assigned to do Industry Analysis with three other students in the lab, and that requires a lot of communication. Our conversations involve complex concepts and we slowly, both parties learn English and Japanese. Being in the lab also means that we get exposed a lot to the norms of the culture in Japan. For example, I knew that the phrase “otsukaresama desu” (お疲れ様です) is a common phrase used but only after I spent weeks here do I actually feel how this phrase is used in every day life – it is not something you can simply learn from a textbook. The phrase comes from the dictionary word “tsukareru” (疲れる) which means to get tired. A literal translation would be something along the lines of “you are tired” (in polite form), but a better understanding of the phrase is that it is an acknowledgement that you have worked hard so far (and thus you are tired).

Example 1: Person A enters the lab when person B and others are already in the lab. Person A will greet the rest with it, to acknowledge that the others have been working hard. If person A came from a lecture and based on the context, the people in the lab are aware of that, the people in the lab will also return the greeting to acknowledge his hard work in his earlier lecture. This is usually the case, and it can also be used even if the person came from home. An alternative, “konnichiwa” (こんにちは), can also be used.

Example 2: Person A leaves the lab when person B and others are still in the lab. Both parties greet each other with it, to acknowledge that person A has worked hard for the day, and that the others have been working hard and still are.

After this two-day trip, I made more observations. In the lab, conversations often involve complex concepts about school and work, and sentences tend to be long. They may be speaking in the informal forms (e.g. だ instead of です, for those who know), but the conversations are more informative and analytical rather than casual speech. Throughout the camp, however, the conversations are shorter and in my opinion brought out a side of a characteristic personality of the Japanese. For example, in our car ride, upon seeing the ocean, my labmates went “Umi da!” (海だ！) which literally translates to “It’s the ocean!” (informal form), and they said these two words one after each other. I cannot imagine a group of young adults going “It’s the ocean!” one after each other in Singapore in English, or in Chinese either. This was a very specific example that tried to illustrate the difference in personality and language use of an average Japanese compared to a Singaporean, but later in the 飲み会 (drinking party), I was further exposed to how the whole flow of conversation and reactions happen in a social context among good friends. Again, just to reiterate/emphasize, having studied the Japanese language to a decent amount really really helps. It helped me to grasp the flow of conversation easier because I understand what some words mean, and sometimes these words aren’t used the same way in English, and because of these social experiences I could pick up on the nuances of which words are used more often or how some words are used differently from its English equivalent. I learnt a colloquial term, as well, and most importantly I could consistently and constantly practice my Japanese skills. I was very afraid of speaking Japanese prior to my trip here, but now I am more confident even though I know I still speak slow and weird.

My conclusion? I’m not sure if I’m going to be using the right terms but I feel that the language and the personalities of the people who use the language are very intertwined. We are all humans, but we vary greatly and language is one of the tools that shape us differently. Language shapes the way we think and behave because we often, if not all the time, think in a language. The existence of a concept in one language may not exist in another language and the more of that we find, the more different we become.

Final take away. The better you are at Japanese, the more treasures you will obtain in your understanding of the culture in Japan.