We’re not the only ones here in Japan, Jason and JunWen are here as well. Not only are they good friends, they are also from our sister class F05. (We’re from F06, the best class obviously)

Jason Swee (Junior, EPD) is the founding President of SOAR SUTD, while Loo JunWen (Junior, ASD) was the President of SUTD Mountaineering and they are both here in Japan for their overseas internships. With Leslie being the former President of SUTD Nihongo and myself leading SUTD ESports, that makes 4 fifth-row presidents here over for summer exchange/internship! There were plans to host a G4 meeting, however it got cancelled due to the Earthquake in Kyoto. (None of us were harmed in the earthquake)

However! We did manage to meet up with Jason as spectators for the NHK Student Robocon 2018. This competition is an annual event whereby Universities throughout Japan compete to design, build, program and control robots to achieve a task or challenge. The top 20 schools are selected from the preliminaries to the main event which we went to watch.

The challenge for this year is “Shuttlecock Throwing” and the robots had to pick up its shuttlecock via a second robot and then traverse the field to one of three positions and throw it through a hoop. They repeat it 2 more times at the other locations and this has to be completed in succession within 3mins and be completely autonomous. Successful throws gains points and landing into the target zone on the 3rd shot grants and instant win. There, we met up with Jason and even got featured on the large screen! 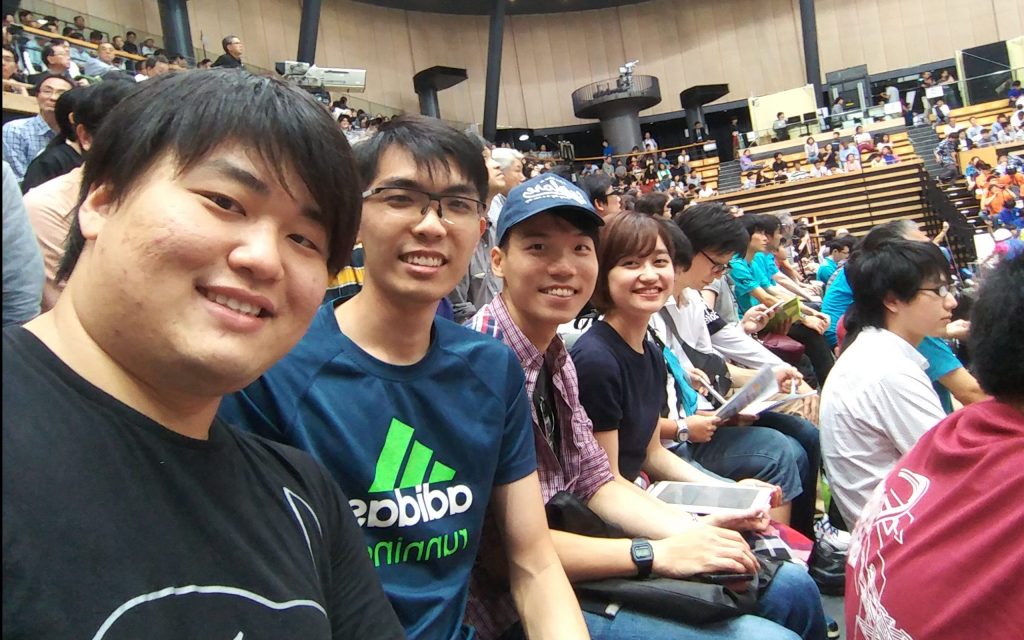 The robots are huge compared to the tiny ones you find in Digital World or the ones EPD people build for 30.007 2D. Not only that, they move extremely fast, some even out running the students themselves! Its amazing how overseas universities have this kind of mechanical and digital capabilities.

Here’s a clip of the Grand Finals, the face off between the 2 best teams Tokyo University and Toyohashi University of Technology.

That’s all for today, we’ll see you again shortly.