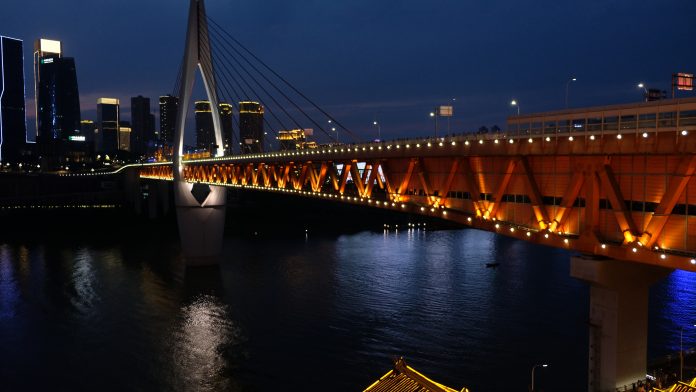 On My Third day of Chongqing I decided to take it a little more chill. I checked out of my hotel room and decided to go to the old part of the town. I got to walk along the old streets of Chongqing with lots of small shops in old buildings. I got to see the old charm of Chongqing and really get to see the history of china through the shops. Most of the goods that he shops were selling were Chongqing specialties and I bought a few packets of Chongqing hotpot spices. It was quite interesting seeing them making the broth in the open before packing up little bricks of the broth which had been dehydrated to sell.

Though walking through the old town I got to see some poor behaviours of the Chinese too, like the parents of the Chinese asking the kids to pee at the side of the street, when it was a touristy and crowded street with lots of people passing by. I just walked pass it, being a little pissed that such actions were taking place. I continued exploring the olden town though growing a little bored in the process after noticing that it was a generally a repeat of one another. Hence, I decided to move on and head to my next location. I went to a part of the town where it was a seven-story building along the side of the river. It had wooden fixtures and was something that it came out of Miyazaki’s studio. I then decided to spend the rest of the day there choosing a coffee shop near the top and drinking coffee while reading a book and enjoying the scenery of Chongqing. It was a peaceful day as I got to enjoy my book. 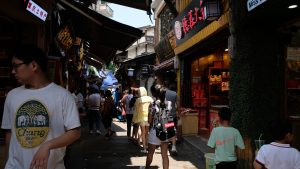 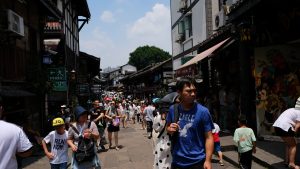 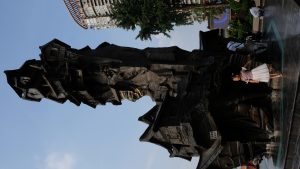 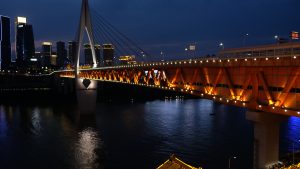 As the day slowly passed by, Chongqing’s night view slowly appeared, and I was amazed by it. It was the same view that I saw on the first day that I landed in Chongqing and was a marvellous view, one that rivalled shanghai. I was awestruck and decided to seat at my seat till I had to leave for my train later that night. As I left the place, I was intrigued by the city’s strong personality. Hoping to one day come back

At the train station, I waited for my train and got a little snack to eat. I knew that it was going to be a long night, having had to buy the hard seats instead of a sleeper bed due to the lack of availability. I boarded the train and entered the hard seat cabin. It was a far cry from the second-class seats of bullet trains. The seats were hard as their namesake and there was little leg room, especially with the seats facing each other instead of the usual rows and the person sitting opposite me carrying a large luggage and placing it in front of her seat leaving me seating in an awkward position. But I figured that it was the authentic Chinese experience and this was what most of the locals did have to seat through. Along the night I managed to catch a little shuteye but couldn’t sleep for more than the 2 hours that I managed to due to the comfortability of the environment. There was cigarette smoke in the cabin as there were people smoking and I gave up and read my manga. I then saw a pitiful sight as a younger daughter and a mother were sharing a seat. I kind of figured that they only had 1 seat ticket and 1 seatless ticket and decided after awhile to give my seat to the girl as I knew that I was not going to sleep anymore that night and I was only going to read my manga. Hence I offered her my seat and went to stand instead. It was a simple gesture on my part but I did think that it meant a lot to her. Hence I stood for the rest of the journey, which was just slightly more than 3 hours. Though the manga and seeing her being able to rest made it feel like it was a lot faster.

After I reached the station, I explored the town of tongren a little before needing to transit on the train. At the town I learnt that some bakeries charged by the weight of their bread, after being lots of bread due to a mistake. But the price of the bread were definitely really cheap, being only 16 yuan(around 3 dollars sing) for a jin (600g) of bread. It was due to this affordability that definitely shocked me when I realised I had bought 2 jins worth of bread. Feeling a little dumb, I returned to the station, with lots of bread. 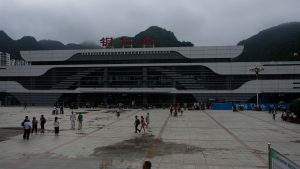 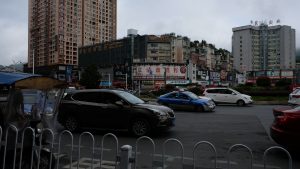 Then I boarded another train which I had luckily gotten a bed for, though it was a hard sleeper,instead of a soft sleeper which was more luxurious as they did not offer that option. I managed to catch a little shuteye before finally reaching at zhang jia jie, the first UNESCO world heritage site in china. I took a 12 yuan local bus ride to my hotel for 2 days before trying to enter the park. Though by the time I reached the park, it was already closed. However, after the long journey I decided to extend my trip in zhang jia jie and not go to wuhan after hearing that it was flooded. 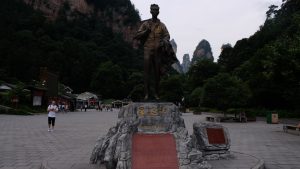 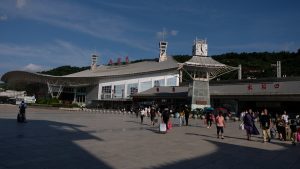