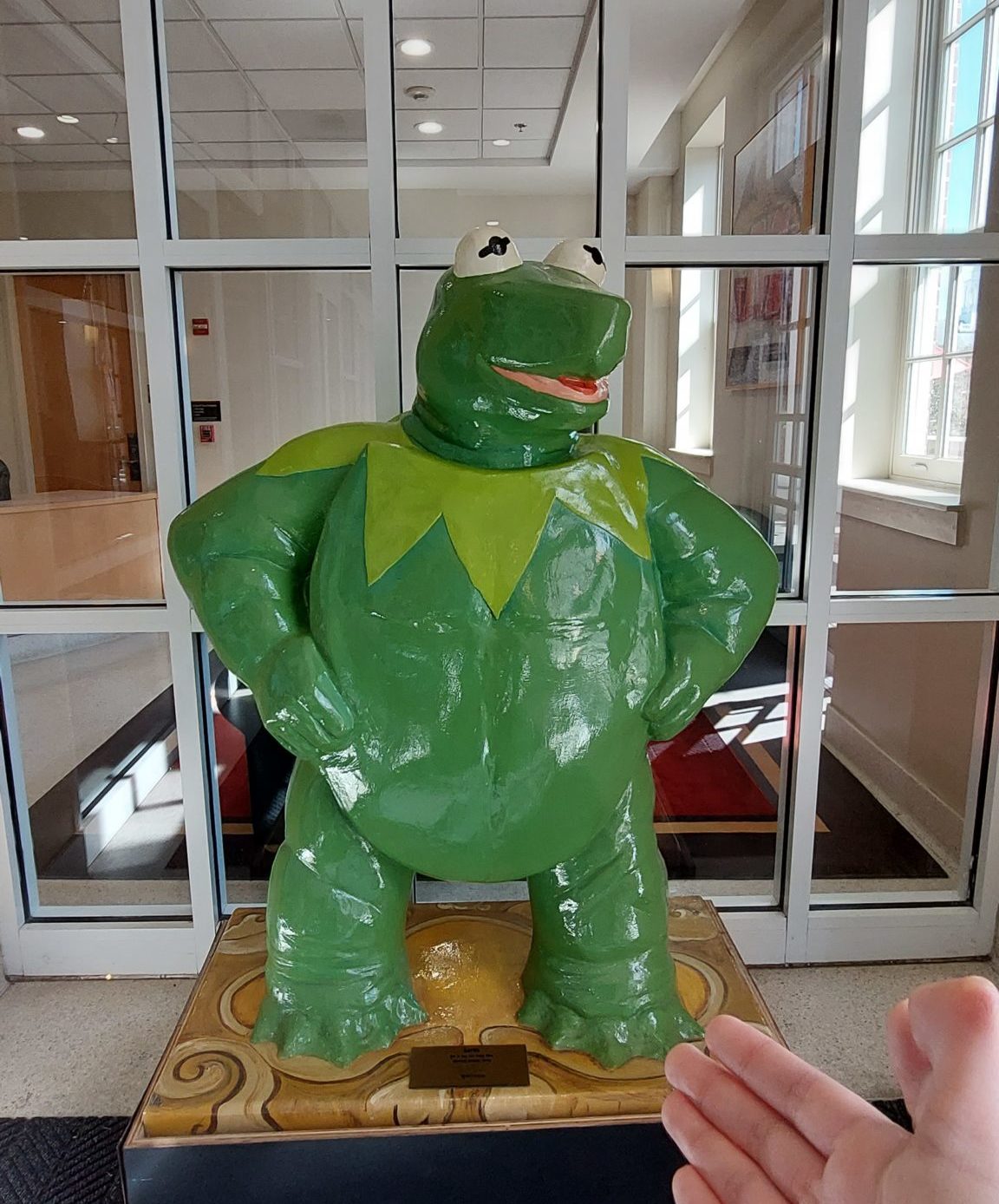 Behold, the mighty Testudo! Testudo is the mascot of the University of Maryland. It is a diamondback terrapin, and students in UMD are affectionately called Terps, short for terrapins. The official battle cry of the school is ‘Fear the Turtle’. UMD adopted the diamondback terrapin as its mascot because it is native to the Chesapeake Bay, and the student news publication was already named The Diamondback.

In order to better worship this beauty, the school has supposedly erected multiple bronze Testudo statues on campus. It is said that rubbing the nose of Testudo brings you good luck.

Just outside UMD’s main library, this Testudo stands overseeing the vastness of McKeldin mall. McKeldin Library is where you would go to print your papers, study, access school computers and more. There’s a cafe in the library for a coffee fix whenever you need it.

As you can see from the very shiny head, this Testudo is rubbed most frequently. Many believe rubbing Testudo’s nose brings good luck.

Near finals week, you will observe more and more offerings sacrificed to Testudo. Some offerings I’ve seen myself include bottles of alcohol, pens, metro cards and boxes of tampons.

This Testudo located right at one of the entrances to the STAMP building.

The Adele H. Stamp Student Union, commonly referred to as “Stamp”, is the student activity center of UMD. People mainly come here for 2 things: the food court, and Terps-After-Dark activities.

The food court includes Maryland Dairy, which makes their own ice-cream fresh from their dairy farms, making really good ice-cream and milkshakes. There’s also Chick-fil-A, Panda Express and other stalls to try.

Terps-After-Dark is an initiative to introduce an alcohol-free nightlife to students who are not drunkards. Unfortunately, I prize sleep as an important aspect of my life and did not participate in any.

The bookstore of UMD is also here, selling stationery and school merch. 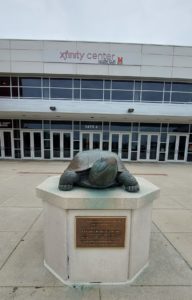 This Testudo rests outside the Xfinity Center, where athletes from the Basketball and Volleyball teams train.

Inside this building, there is a Hall of Fame of the various renowned athletes that UMD has produced in its history. The numerous trophies and awards won by their sports teams are also here on display.

There is also a store selling sports apparel and merch, so if you’d like some UMD jerseys, this is the place to go. 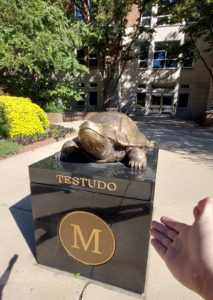 This tiny Testudo statue is smaller than the rest. It lies outside Van Munching Hall, home to the Robert Smith School of Business.

Leo Van Munching, Jr. is an alumni of UMD, and donated greatly to the Maryland Business School. Van Munching Hall is dedicated in appreciation for his support.

There’s a nice cafe in there. 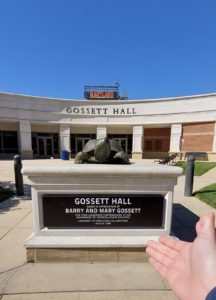 Before the Football team moved to the newer Jones-Hill House, the Gossett Hall was the home to the Maryland Football Team.

It is near the stadium where inter-school competitions may be held.

UMD students can get free tickets to games. Going to games may also allow you to get some freebies. 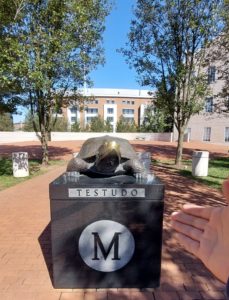 This Testudo is at the Samuel Riggs IV Alumni Center. The public, and alumni, can rent the various rooms in this place for their events, such as conferences, or even weddings.

The Alumni Hall of Fame in here celebrates and honours the achievements of UMD graduates.

There exists the M Book, which is the product of the UMD Alumni Association, including a summary of the history of UMD and the backstory for their traditions. It includes a bucket-list, where those who complete it can come to this Alumni Center and claim some reward. 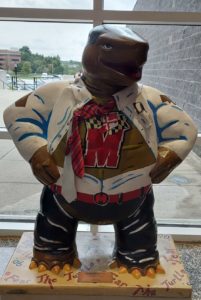 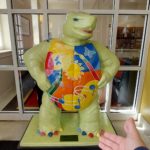 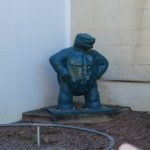 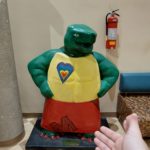 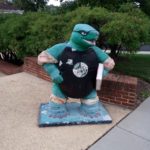 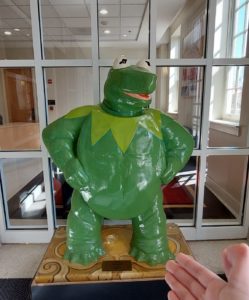 Turtles are scattered around the campus in numerous places. There are way more of these random turtles than I have posted above. Future Terps who are interested can go on a further turtle hunt. And yes, that last one is named ‘Kertle’.

Yes. Jim Henson is an alumnus. You can sit with Kermit.