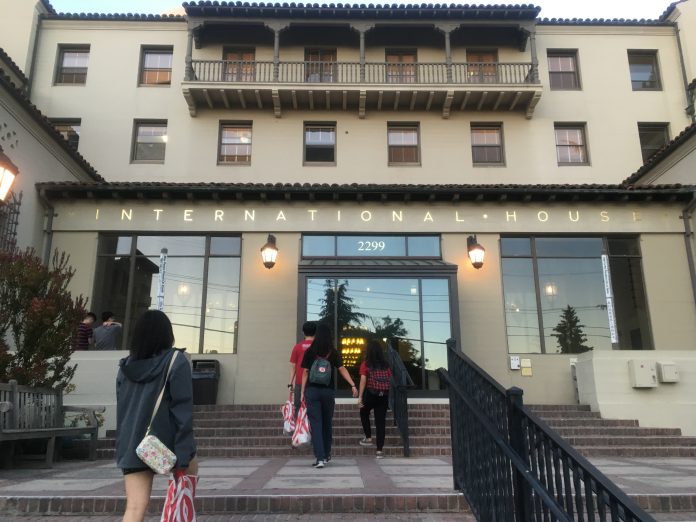 Time flies and it’s already the third week of our trip here! In the midst of settling in and getting started on our mods, this first blog post has been rather delayed but the next few posts will be an attempt to cover some of the interesting things that’ve happened so far.

After almost 20h in the plane (btw the view of the sunset/sunrise is great if you peek out the window while everyone is asleep) and a 1h bus ride, we arrived at the International House, where we would be spending the next 8 weeks together with other summer session participants.

It was really hot out that day, the temperature at a record high (literally) of 37°C; definitely not what we were expecting when we packed our jackets and long pants and flew out from Singapore! Our rooms didn’t have fans and air-conditioning either and we got out of there asap to explore the area for SIM cards and room essentials. 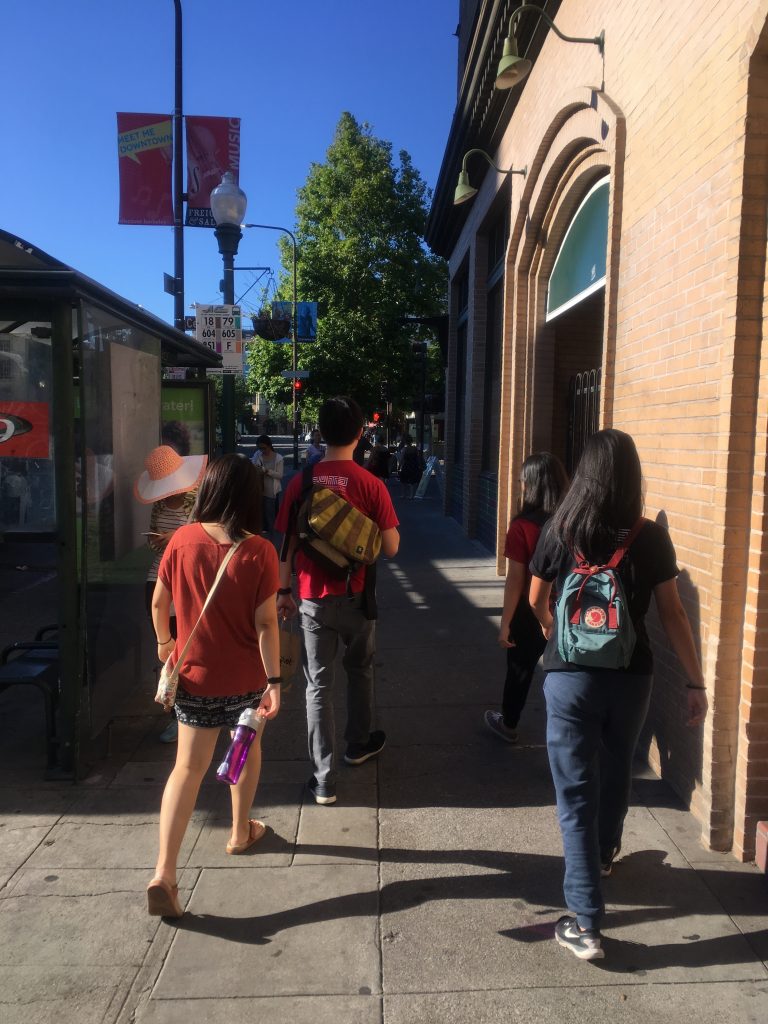 We had our first dinner at Saturn Café, a spur of the moment decision as we were all starving and the food smelt pretty good as we were passing by. It wasn’t until we had been seated and were almost ready to order that we realised we had stepped into a vegan café (someone noticed the quotation marks accompanying every mention of meat on the menu).  In the past few weeks, we’ve noticed that the vegan diet is a huge thing here; there are vegan cafes, vegan/meatless options in un-vegan cafes, the iHouse dining hall always has a variety of vegan options, and it’s basically a food paradise for vegans (compared to back in Singapore at least). The food was pretty good, (approved by resident carnivore Tian Lerk and also resident vegetarian Wen Qi hurhur) though most of us didn’t have much experience with vegan food and didn’t know what to expect. The servings were also huge, and we regretted ordering one dish each coz none of us could finish our food. Though the prices of meals are higher than back in Singapore, the larger portions easily make up for it !

On the way back after dinner, I was surprised to realise we were still on campus/ just at the edge of campus (had been wondering when we would actually see campus buildings and then suddenly noticed we were walking between various halls which house the lecture theatres and discussion rooms). The abundance and variety of shops within the University campus was really eye-opening, ranging from food stalls and bookshops to clothing, convenience stores and CD shops.

It was a nice start to our eight-week experience!