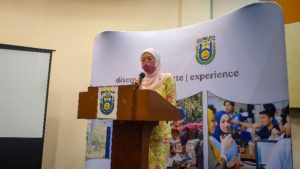 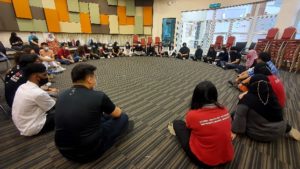 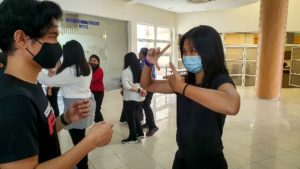 Starting off Day 2, we had our commencement ceremony where we were introduced to the university and to our UBD buddies. We started off with some orientation icebreaker games to get to know each other more and to build up the bonds among us. Then, we had some refreshments where we were introduced to some of the traditional Bruneian sweets and dessert such as the kueh and pipis. They are made of steamed rice flour, and several sweeteners such as coconut milk.

After our commencement ceremony, we had a lecture that introduces us to the Brunei Culture and Lifestyle, where we learnt about the practices, cuisine and daily life of the people in Brunei.

For lunch, we were brought to a nice vegan café where we all got to try various ravishing meals such as vegan burgers and spinach pastas. While waiting for our food, we managed to keep ourselves entertained with the vast assortment of board games available, which ranged from the classics to more recent ones like Unstable Unicorn and Exploding Kittens. We definitely had a blast!

Moving on, we visited two museums to learn more about how Brunei became what it is today and how much of their traditional culture has been preserved to this day unlike many other countries. The first being the Malay Technology Museum, learning more about their traditions and how it had been kept alive. 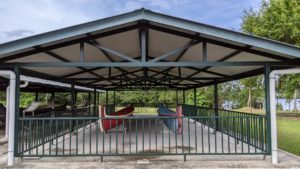 The second, just a 5 minutes walk away, was the Brunei Darussalam Maritime Museum where we observed the importance of the maritime industry and how it continues to be a major transportation tool till this day. This was also where we got a first look at the iconic “Long Boat” which we would be taking to Kuala Belalong Studies Field Centre (KBFSC) on Day 4. 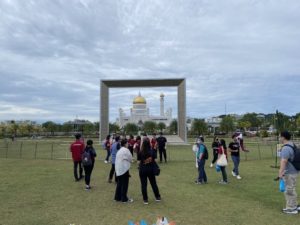 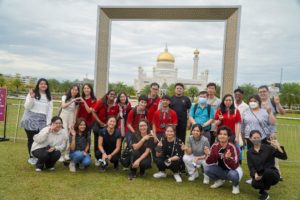 Lastly, we also visited the Omar Ali Saifuddien Mosque where we got to see the beautiful architecture of it before we were left on our own to free roam in the evening. We visited the mall nearby and checked out the small night markets around the area before heading back to The Core after a long tiring first day.