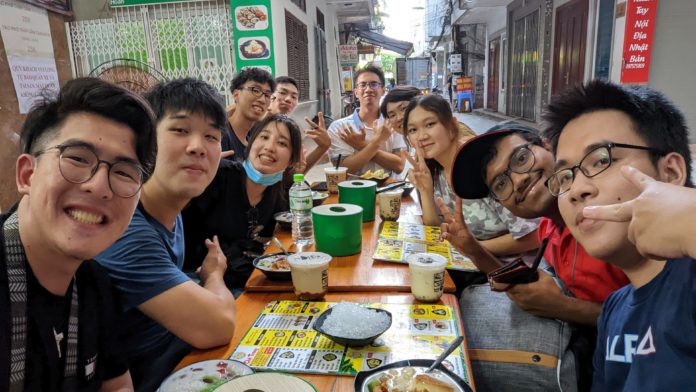 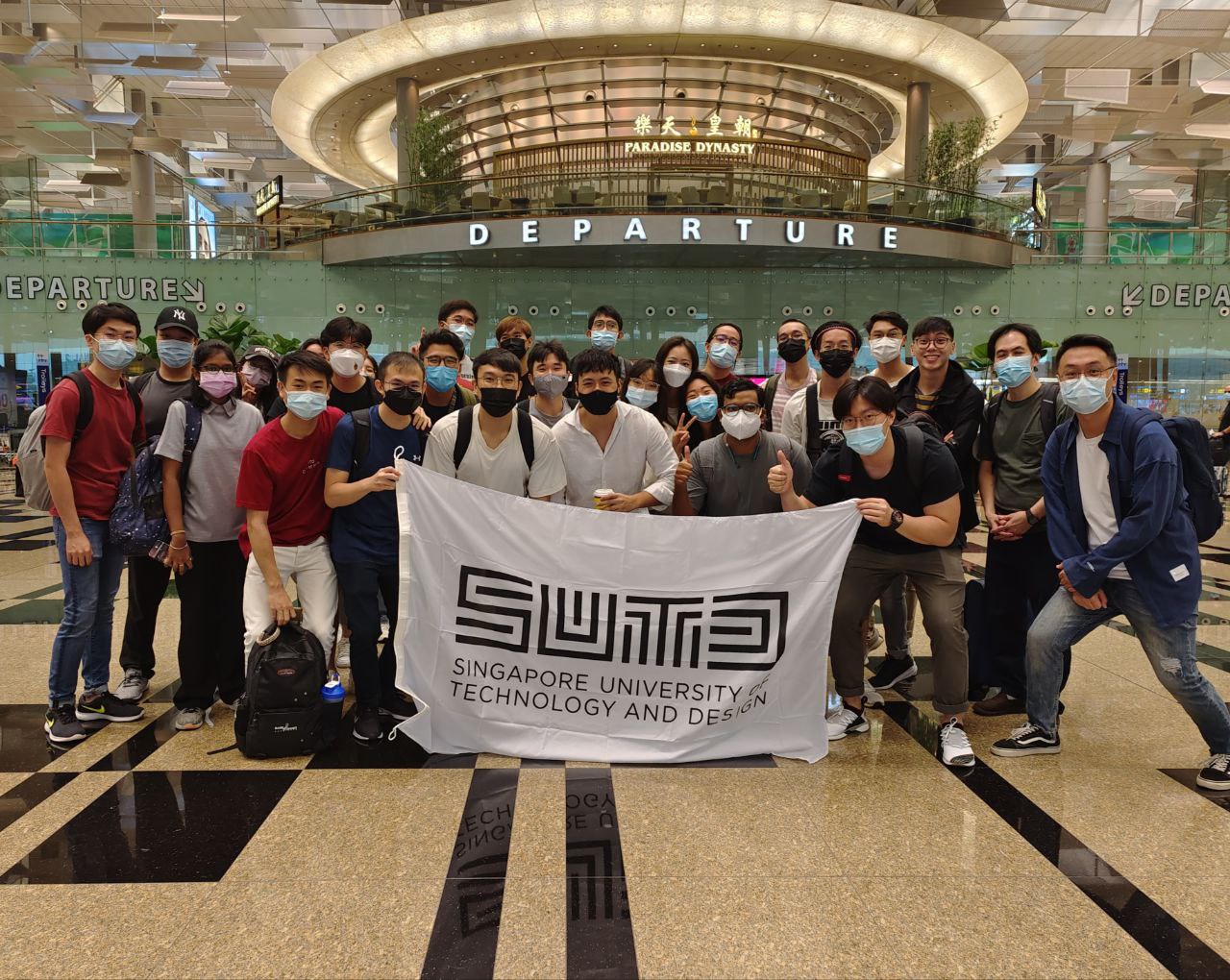 For most of us, the FACT programme was a breath of fresh air. After pulling through the COVID-19 pandemic, we could not pass up any opportunity to travel overseas. Vietnam was also a destination that many of us wanted to visit. We were eager to traverse the streets of Old Quarter, taste their famous coffee, and, most importantly, venture out of our comfort zone, if just for one short week.

Even then, the experience exceeded our expectations. Perhaps it was our luck to work with our amazing peers from VNU-UET (Vietnam National University – University of Engineering and Technology). Or it could be the work of the weather, which stayed blessedly dry for all but one day of the trip. Whatever the reason, we had a good time with good company, and I believe that none of Group 3 would dispute that.

Travelling to Vietnam for Day Zero was its own experience. We had to wake up at an ungodly hour to reach the airport in time. Dealing with check-in was also difficult, as the crowds and administrative issues were a first for many of us. Nevertheless, it was also a reunion, as many of us had not met for most of the summer semester. Some coffees and a group photo later, we departed Singapore for Vietnam.

The first thing we noticed upon arrival should be easy to guess: the weather. It was something that many of us expected but still managed to underestimate. We found ourselves wishing for Singapore’s weather within hours of arrival. We spent the rest of the day with our VNU counterparts, who brought us to our first meal in Vietnam at a pho restaurant. Here, many of us kicked one thing off our bucket list. Strangely enough, hot pho did not make the weather more unbearable than it already was. We were still more than ready to retire for the day, but not before we made a supermarket stop.

For Day One: Opening ceremony day was a slightly subdued affair, but not in any way that dampened our spirits. On the contrary, many of us wasted no time to start interacting with our VNU counterparts. Our group made quick friends with the few students behind us (who later turned out to be our future groupmates).

After the ceremony and a nerve-wracking sharing session, Group 3 visited our assigned department, the Faculty of Electronics and Telecommunications. The first thing we did was to explore the engineering building, paying particularly close attention to the research laboratories and student project rooms. Many of these rooms struck an uncanny resemblance with SUTD’s Makers Clubrooms, albeit with a bit more dust and much more hospitality. 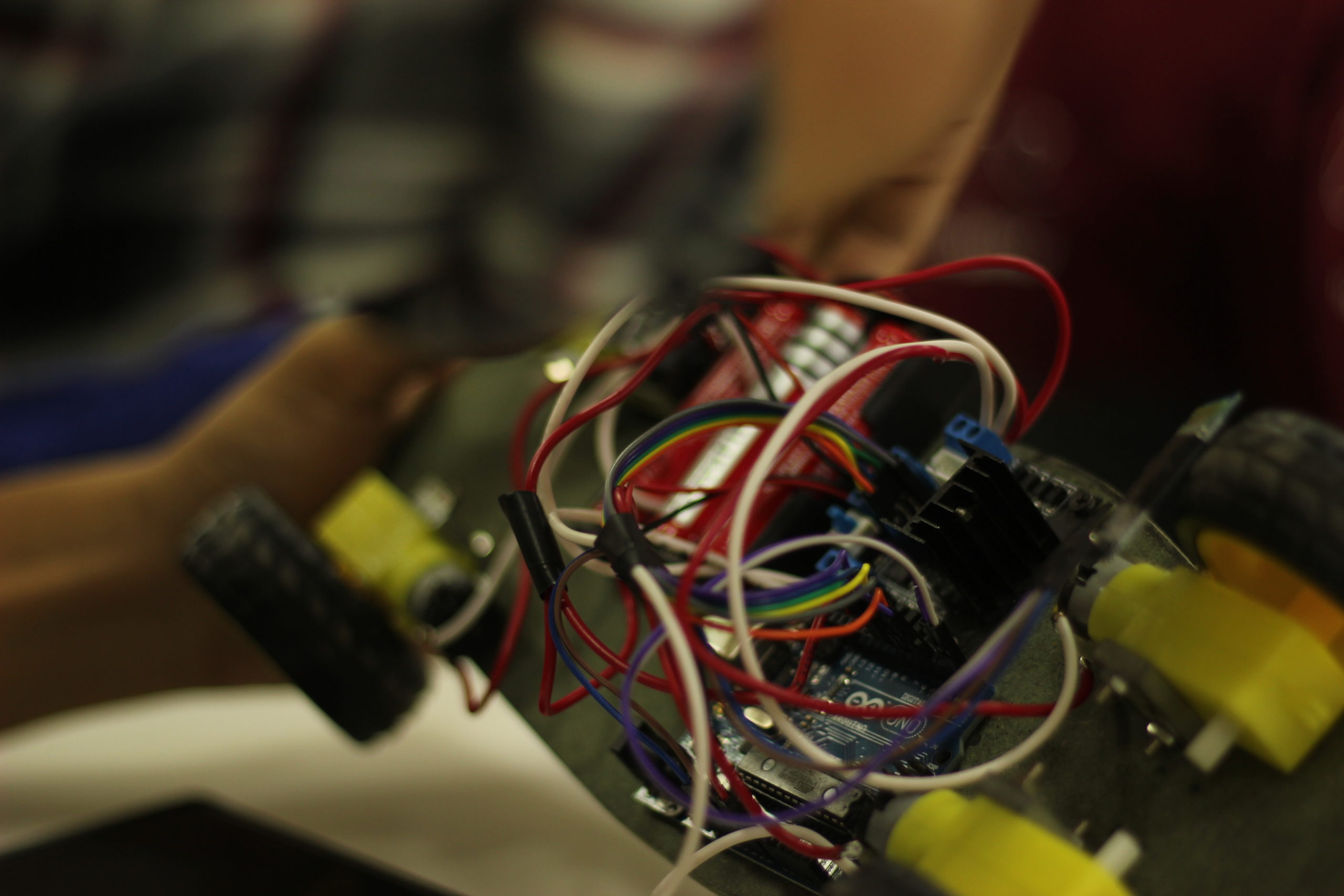 Of note was one particular workspace with students working on their school projects. Robotics seemed to be a huge focus in that room (as it was for the whole faculty). A graduate student was working on a pair of human-sized robotic legs. Another was building a large drone that would rely on satellites and GPS for autonomous flight. One more interesting item of note was the half-built custom 3D printer.

The same day, the VNU exchange students brought us to a dessert shop close to campus, where we faced two of our first challenges: a menu in an entirely foreign language and low stools. Indeed, both were things that we would be familiar with over the next week, but we would never get fully used to them. 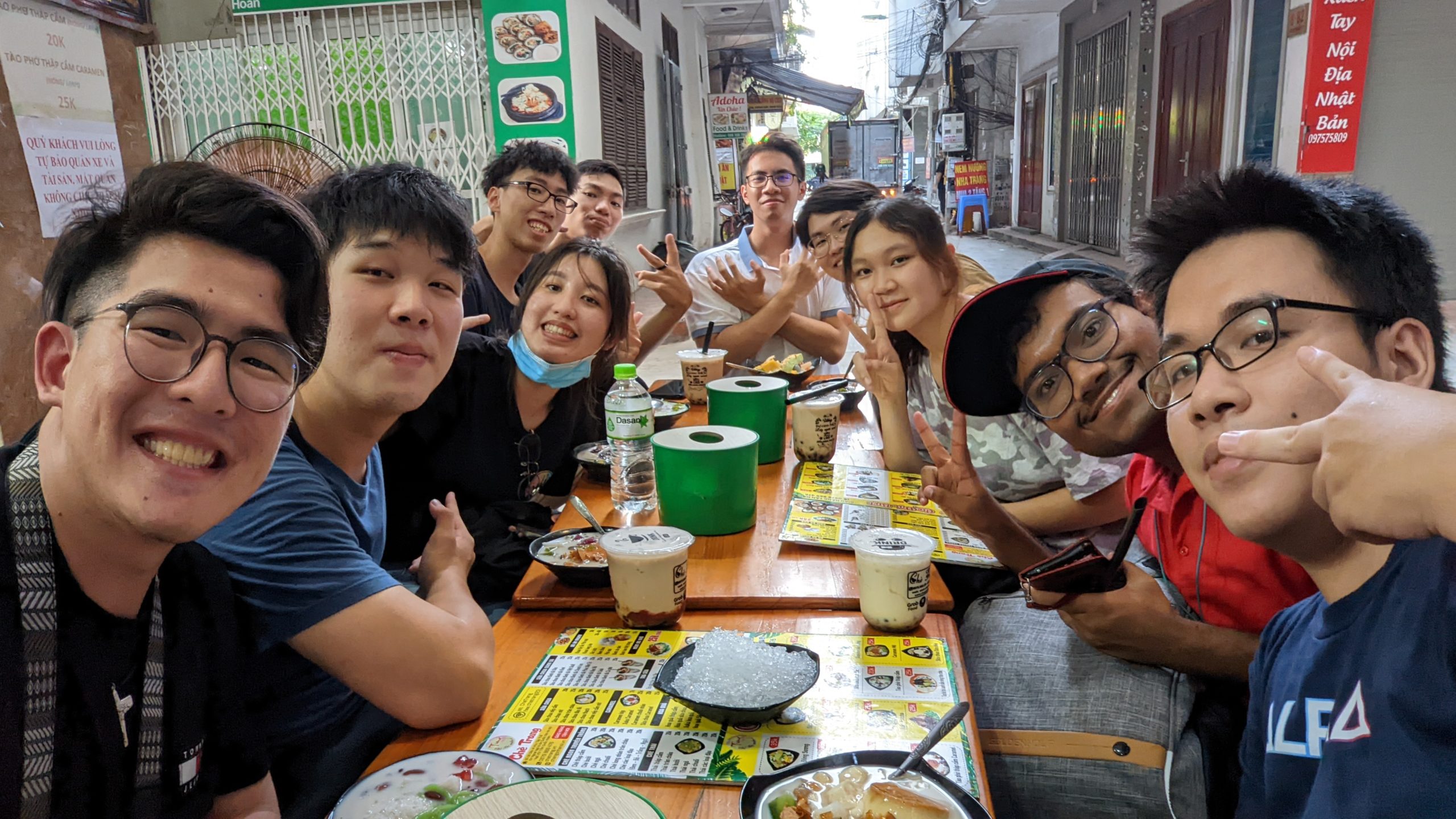 On Day Two: We learnt our group’s task. Split into teams, we were to create an RC Car using Arduino and control it via a Bluetooth module. Our teams all had an equal mix of SUTD and VNU students, all of whom had varying amounts of experience with robotics. Some had prior programming experience. Others were good with their hands and knew how to get hands-on with the various industrial tools. The rest of us made up for it with unabashed enthusiasm and good humour. In any case, we were set for a few days of both fun and frustration. 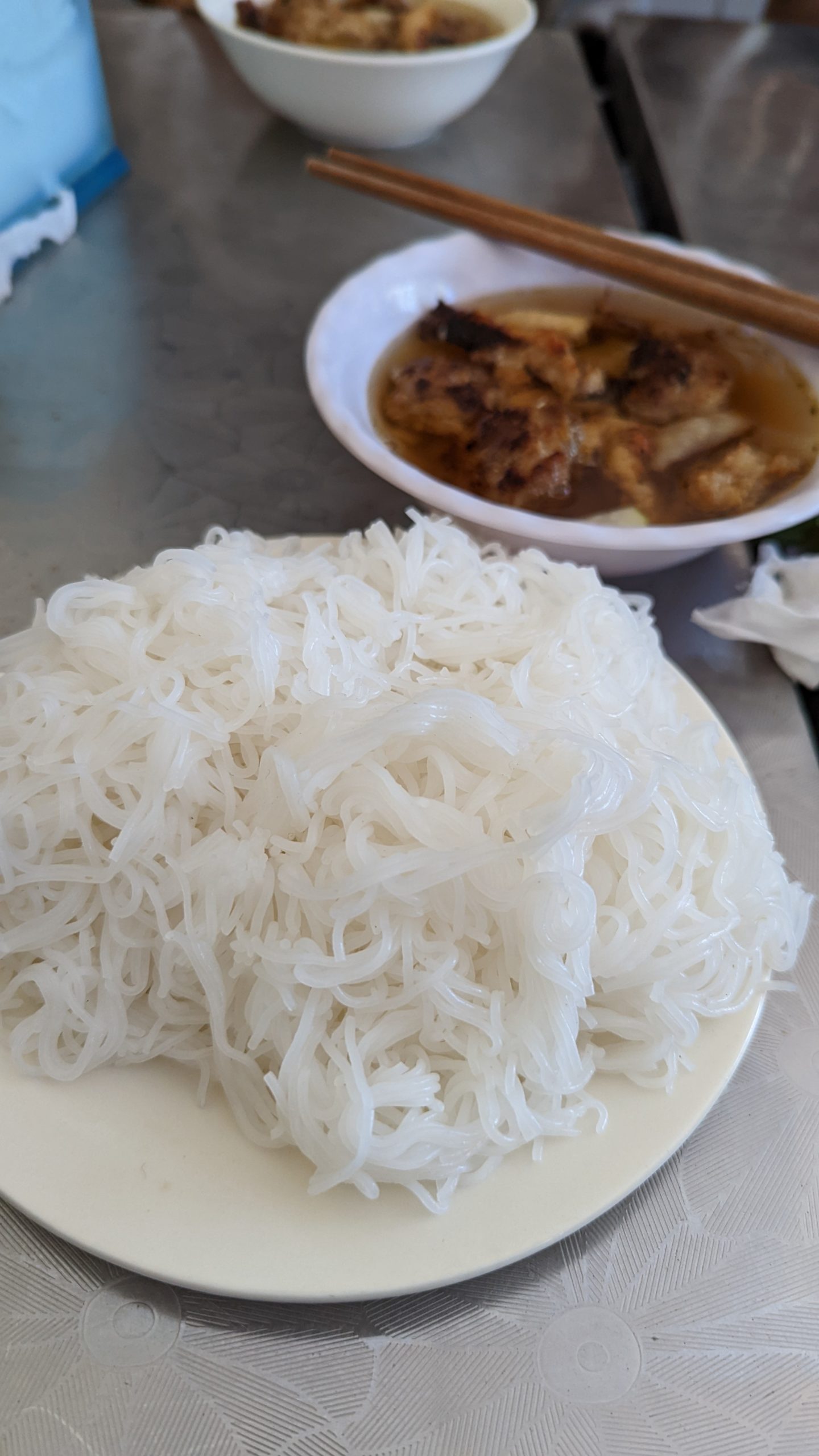 Lunch that day was bún chả, a dish native to Hanoi. Our group quickly fell in love with the rice noodles and a flavorful broth with the meatballs and grilled pork. It would not be our first time looking for bún chả for our meals later in the programme.

Day Three: For the regular SUTD student, building an RC car would be an easy assignment as long as we had time. We soon realised that this would not be the case here. Unlike what we were used to in SUTD, we did not have that luxury of time. We were also working with unfamiliar materials and a restricted number of components. Soon, we began to appreciate the value of our accessibility to 3D printers and electrical components back in SUTD.

Nevertheless, we had the whole day to finish our projects, and I believe we did so admirably. While we had to make a few compromises (a few dysfunctional modules and not enough time to fix them), the fact that we managed to produce working prototypes was impressive enough.

It also helped that the designs were somewhat whacky in hindsight. 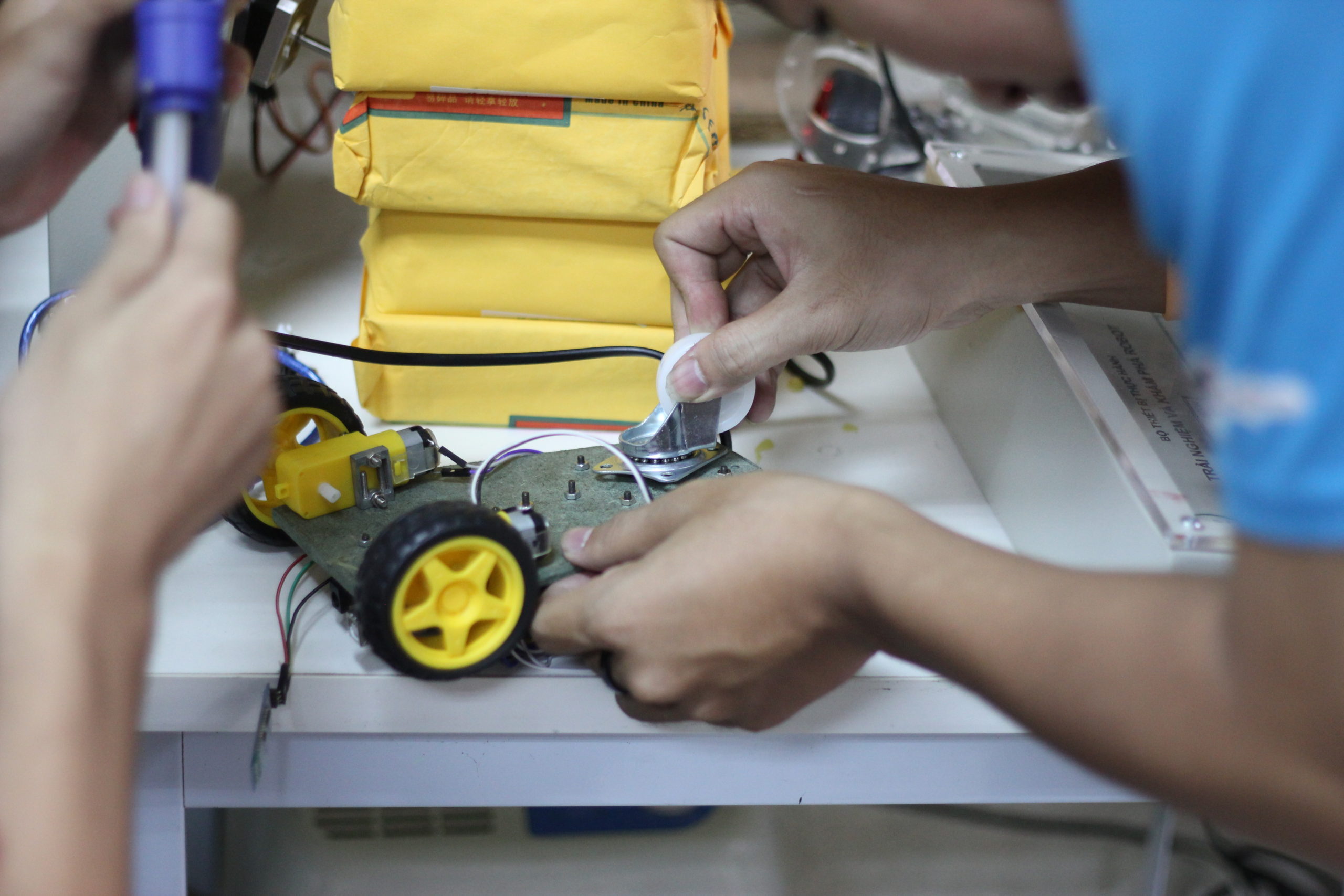 Day Four: Thursday was our final day for the project, but also racing day. The VNU students and mentors helpfully created a racetrack using nothing but heavy metal toolboxes, and I can’t help but admire their resourcefulness. We won’t talk about who won here (we’ll let you figure that out). Even fun has its learning points, and it wasn’t hard to identify flaws and areas of improvement. Building an RC car may have seemed like an easy project at first, but it was also an opportunity to learn something new! 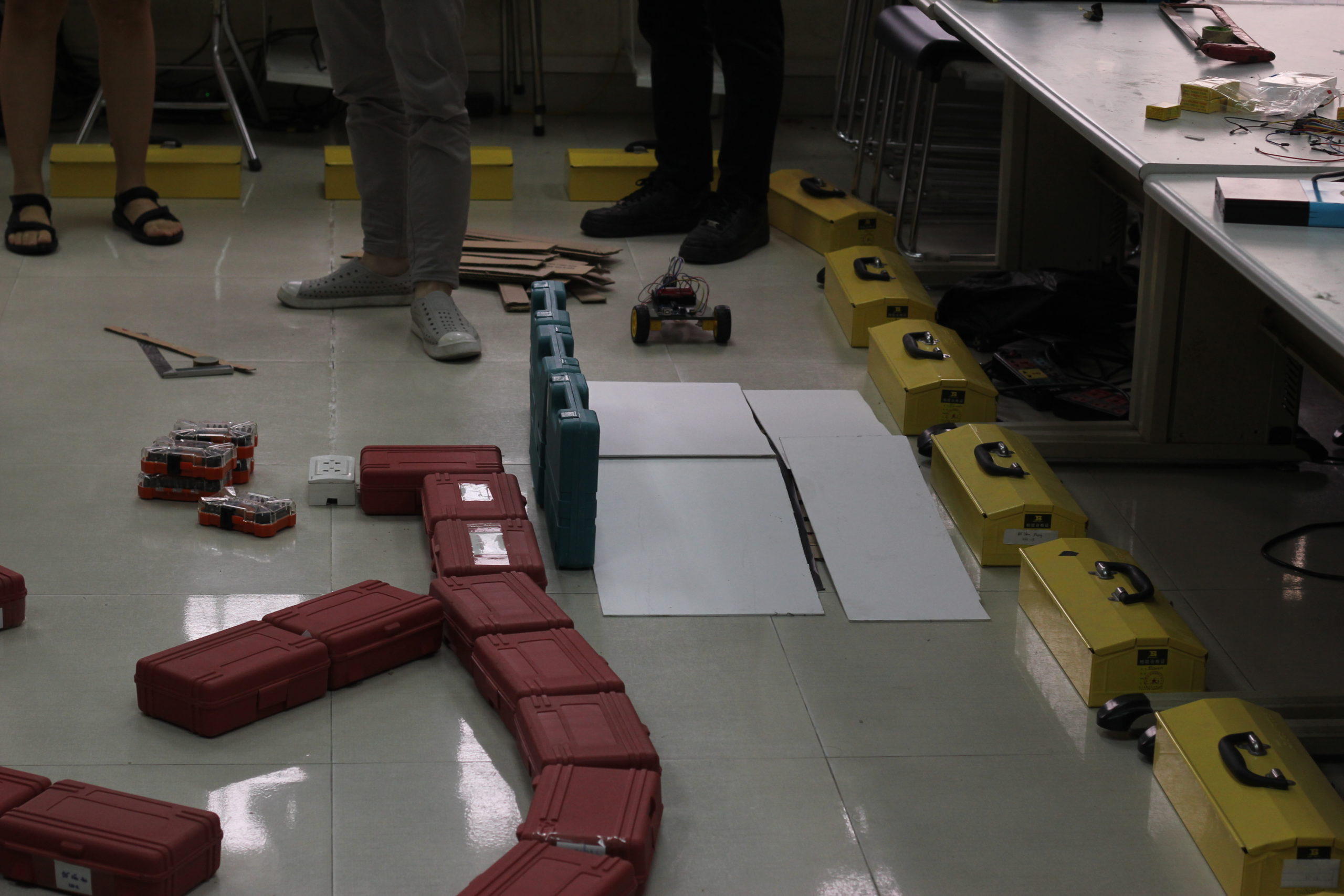 The closing ceremony that day was comparatively more lively than the opening. Every group seemed ready to show off their projects, for good reason. Eventually, though, we had to bid an early farewell, as many of our VNU peers had to prepare for departure to their hometowns for National Day. It had been a mere four days with our groupmates, but they were more than enough. Day Five was a comparatively relaxing affair. We reunited with a few VNU exchange students who were either in no rush to get back, or had their hometowns right here in Hanoi. Together, we went to explore Thành Chương’s Viet Palace (Việt Phủ Thành Chương), where we had our first true taste of old Vietnamese culture and history. 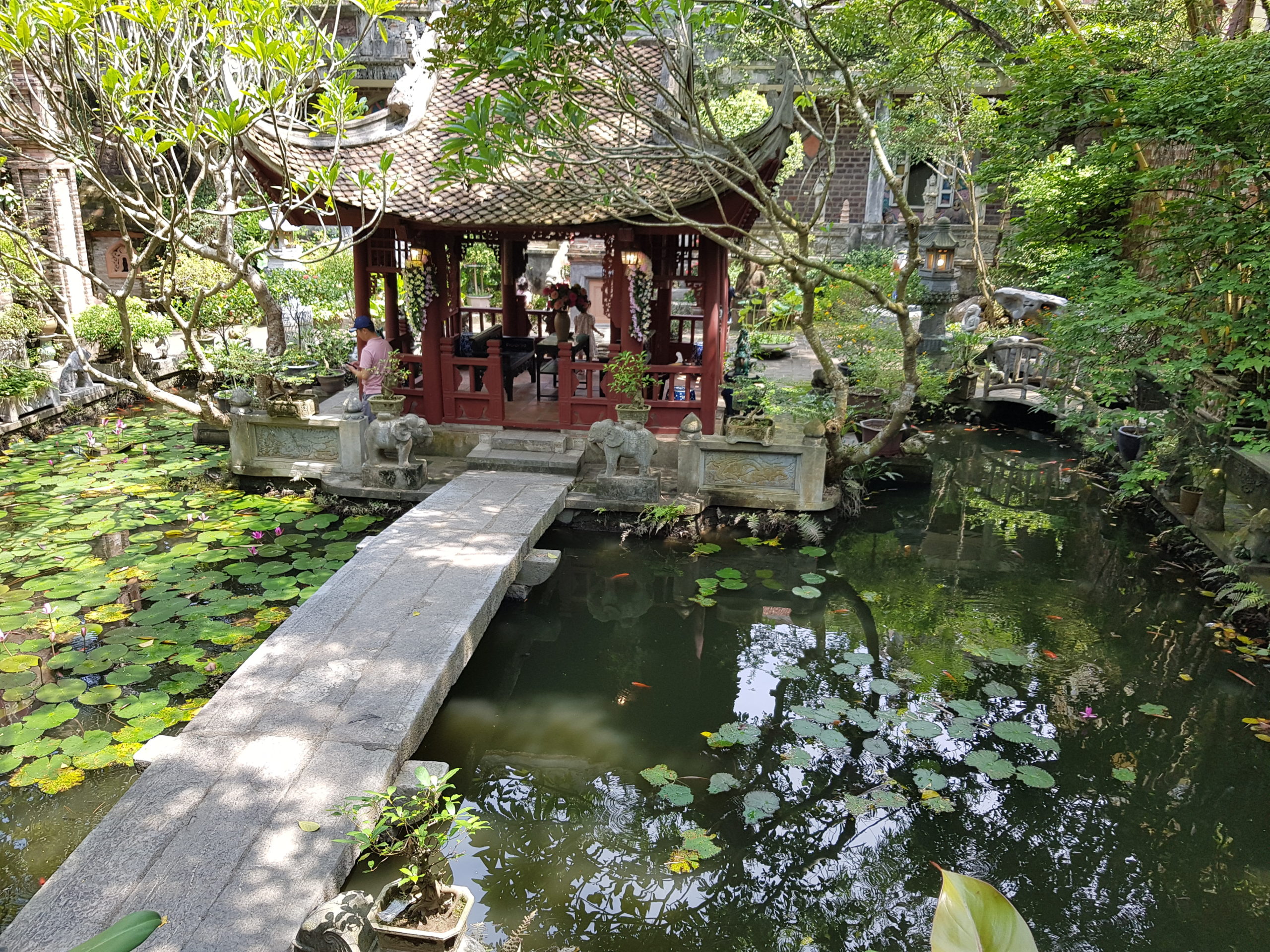 Lunch later was also led by the VNU students to yet another pho restaurant. Interestingly, the first and last meal recommended by our hosts had been pho, but none of us had any disagreements with that.

In the afternoon, we visited the National Museum of Vietnam. Those of us (including me) with a keen interest in history were fascinated by Vietnam’s shared past with some Chinese dynasties. 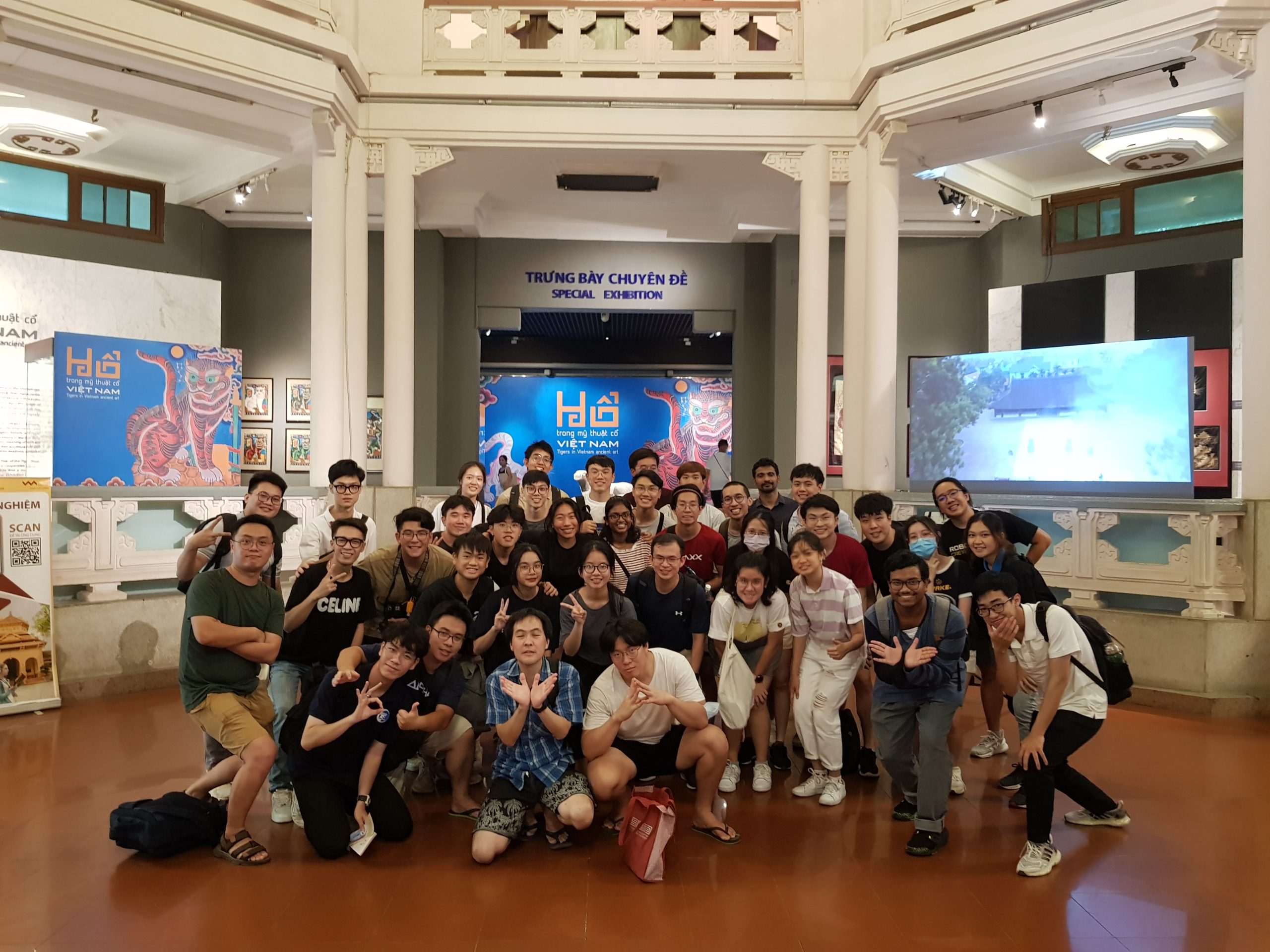 Final Day: Day 6 was somewhat subdued, if only because a good number of us had very little sleep (due to certain, inexplicable circumstances). Nevertheless, we were more than ready to head home.

So we did, and there ends a short but eventful journey.