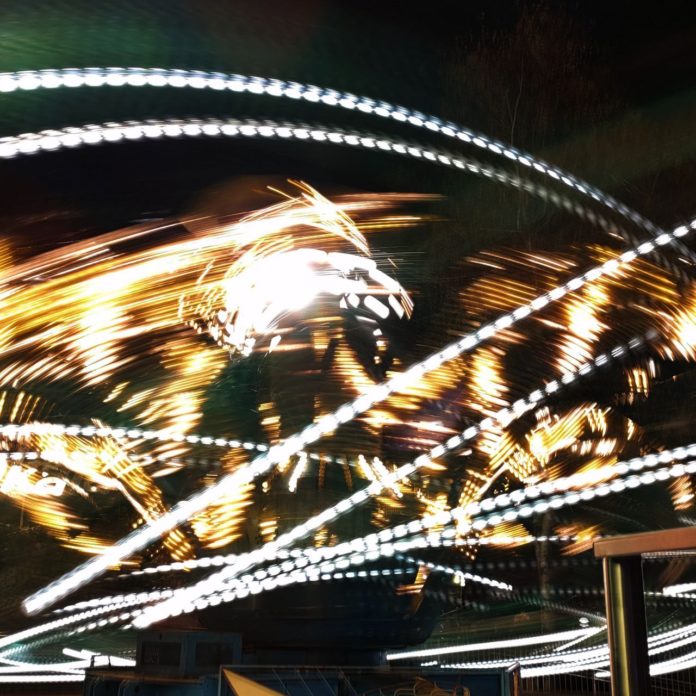 Moi! Did you know that there are actually five seasons in Finland? They are Spring, Summer, Autumn, Darkness, and Winter.

🌑 Welcome to Darkness!
While the transition from summer to autumn is marked by vibrant, falling leaves as brilliantly captured by Mei Jia in her previous blog post, the transition from Autumn to Winter between mid-October till late-November is a much gloomier occasion. The number of daylight hours reduces drastically from approximately 11 hours in October to under 7 hours in November. Plummeting temperatures, strong winds, frequent downpours, the lack of snow and it being too early for Christmas decorations paints a rather sombre tone over Helsinki.

I recall chatting with a local birdwatcher who jokingly commented that November is the worst month for tourists to be in Finland for the above reasons. But not all hope is lost as it turns out, the locals really know how to celebrate the darkness! One of the events which I was fortunate to participate in was the seasonal closing of Linnanmaki Theme Park.

🎡 Linnanmaki’s Carnival of Lights Festival (241022)
Linnanmaki is the largest amusement park in Helsinki, Finland. Due to the polar climate of the region, Linnanmaki only operates for six months during the summer periods from May to October. Any time else, and it would either be too cold or too dark to properly enjoy and maintain the theme park. As the go-to location for thrill-seekers, Linnanmaki gets dressed for different annual events such as midsummer and Halloween. But nothing beats the grandeur of Linnanmaki as it celebrates its season closing, more commonly known by the Finns as the ‘Carnival of Lights Festival’. For two weeks, the amusement park is decked in festive lightings, street performances and light shows that is even visible some 5km away, all building up to its finale which is adorned by spectacular firework performances.  This year however, the firework performance was cancelled and replaced instead by the sounding of the Vuoristorata honks. For context, the Vuoristorata is a wooden roller coaster built in 1951. This classic physics marvel still employs a brakeman who manually brakes the rollercoaster where necessary, which in my opinion, is one of the coolest jobs to exist.

The last day of 2022’s Carnival of Lights Festival coincidentally fell on the Sunday of our exam week. As a reward for surviving midterm week, we decided to make a trip down to experience and soak in the festivities. But first, Hesburger!🍔 Because you are not really at an amusement park if you do not eat fast food. And also, a sunset shot, because it was really pretty!

As the sun falls below the horizon, Linnanmaki transforms into a bustling night fiesta. Professional street performers were littered at every spot of the amusement park, providing world-class entertainment that certainly made the ticketed entry a bang for its buck. In one corner, you can spot angels with extravagantly decorated LED lit wings, while another had bubble artists creating larger-than-life soap bubbles that brought out the child in every adult. The air was filled with the sweet smell of popcorn, candy floss and Gloggi which while alcohol-free, kept everyone warm and in good spirits. 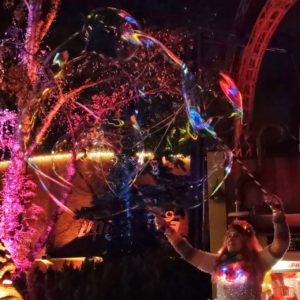 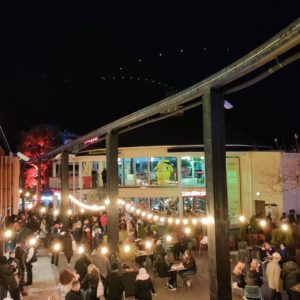 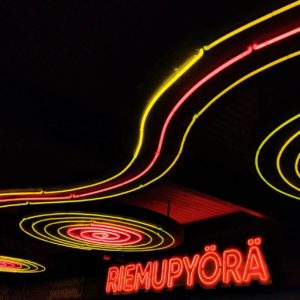 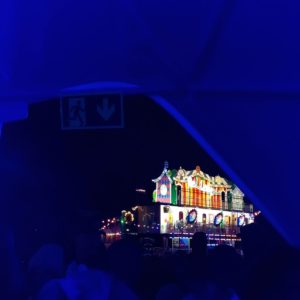 Parkgoers line the queue for the chance to ride their favourite rides one last time this season with the haunted house and wooden roller coasters being the usual crowd favourite while parents engaged with their children through highly addictive arcade and carnival games. Our only regret was not betting on Chen Lin’s Russian Roulette prediction because it was really the winning number… There goes our chance of claiming that elusive big bag of tutti frutti 🙁

🎪 Be-Dazzled
Less known to others was a performance dome about the size of a SUTD classroom that was tucked away in a quiet corner at the Kids Zone. The modest appearance does not seem like much, but the sub-par juggling performance of the jugglers stationed outside the tent to entertain the public certainly did draw in the (sympathy of the) crowd. Upon entry into the performance zone, we were greeted by clowns that glowed neon orange and yellow amidst the fluorescent lighting. We did not expect much basing off their pre-show performance and merely from looking at the inflatable ball pits and bowling pins props which suggested we were in for some kind of kids-friendly magic show. But the clowns had us fooled in the first half when they finally brought out standing poles to perform some jaw-dropping acrobatic stunts in such precise synchronisation that left everyone in the audience wowed. 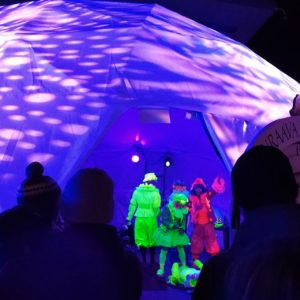 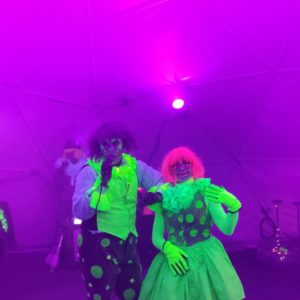 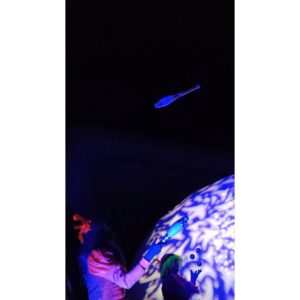 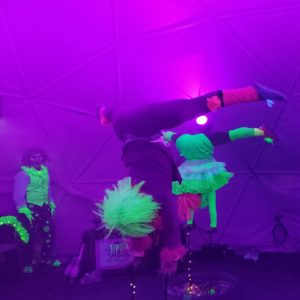 P.S. Kids… do not try this at home, but maybe in SUTD Vertex…?

After a few more moments of shuttling between being touristy in the outdoors and hiding from the cold, as the clock neared 10pm, we decided to join other theme parkgoers and began to flock towards the wooden roller coaster in anticipation of the final honking ride. 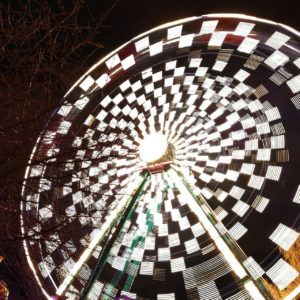 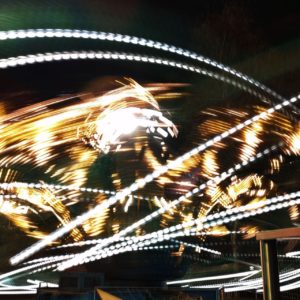 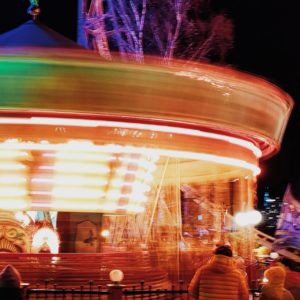 🎢 One last ride on the Vuoristorata
Alas, the grand finale: the brakeman steadily climbed the roller coaster up the apex while the crowd rallied. With the crowd all hyped up, the brakeman knew it was his cue to release the brakes. And there it went. The wooden roller coaster zoomed through the course with two solid minutes of honking to conclude the amusement park’s seasonal closure. While we did not have the opportunity to be among the final group of participants to ride on the Vuoristorata as it makes it final lap, the atmosphere more than made up for it. For the unusually chilly weather which we equatorial kids were all clearly under-dressed for, the atmosphere and cheers really warmed us up from the inside.

🦃 And with that, the 2022 season comes to an end…
While it may seem underwhelming to celebrate the season’s closing by simply watching a rollercoaster speed through its course, it was actually rather mesmerising. The festival as a whole provided me a very unique perspective of darkness. The beginning of a period of Darkness is often thought to be a solemn occasion that should be commemorated rather than celebrated. But the Finns have learnt to embrace the existence of darkness and have sought ways to deal with it. As light shines brightest in the dark, the intelligent use of vibrant LED lighting serves as a powerful reminder that there is still hope and optimism even in darkness. Cheers!