I have not flown alone very often; in fact I think I’ve only sat on a flight alone once or twice in my life. Hence, the whole experience of walking through the departure hall gate by myself was very much an exhilarating one. I couldn’t stop myself from beaming at pretty much every juncture between entering the boarding gate in SG and exiting baggage collection in HK. I was super excited for the exchange, and all the possibilities and opportunities that would be opened up for me through it.

Hong Kong to me was a vibrant crossroads of East and West – in many aspects: people, food, culture, architecture, everything. Many people would state that Hong Kong and Singapore are similar, but to me, Hong Kong’s close connection to China makes it culturally a vastly different place. This exchange provides me the chance to to live as a Hong Kong-er, to go out and explore and understand the sides to Hong Kong that may not be apparent to people at a surface level, and really immerse myself in their culture. It was a chance to appreciate life and approach life from a non-Singapore-centric perspective – something I had never had the chance to do thus far.

I am staying at Moment Hostel, a mixed, shared dormitory-style apartment in Jordan, Kowloon. I had to find off-campus accomodation as I could not get a place in City University of Hong Kong’s (CityU) own student residence. Many exchange students had to source for their own accomodation due to the limited capacity in the school’s residence, as well as a large portion of the places being reserved for first- and second-year students – both local and international. Nevertheless, apart from the apartment being quite small and rather cramped in general (which is typical of most flats in Hong Kong), I was very pleased with the hostel. It was clean, neat and cozy, and the location was fantastic: the apartment building was right at the doorstep of the Jordan MTR station exit. It was a very central location, with my school just a 20min train ride away, and Central (in HK Island) another 20min ride away in the opposite direction, and there were tons of stores, eateries, facilities and amenities all within walking distance in all four directions.

I spent the first couple of days just settling down, orientating myself, running errands (like buying a local SIM card, finding where the nearest DBS ATM was etc.) and exploring Jordan. I covered a lot of ground on foot, just to find out for myself what’s where – especially food-places. As I am vegetarian, food was of special concern to me prior to this trip, because from the feedback I had gotten, the situation did not sound very promising for vegetarians. Fortunately, I managed to find quite a number of vegetarian (or at-least vegetarian-friendly) eateries around my place. Unfortunately, most of them were like full-fledged Chinese restaurants, so they were a tad on the expensive side. I also soon discovered that food in general is far more expensive in Hong Kong than in Singapore. 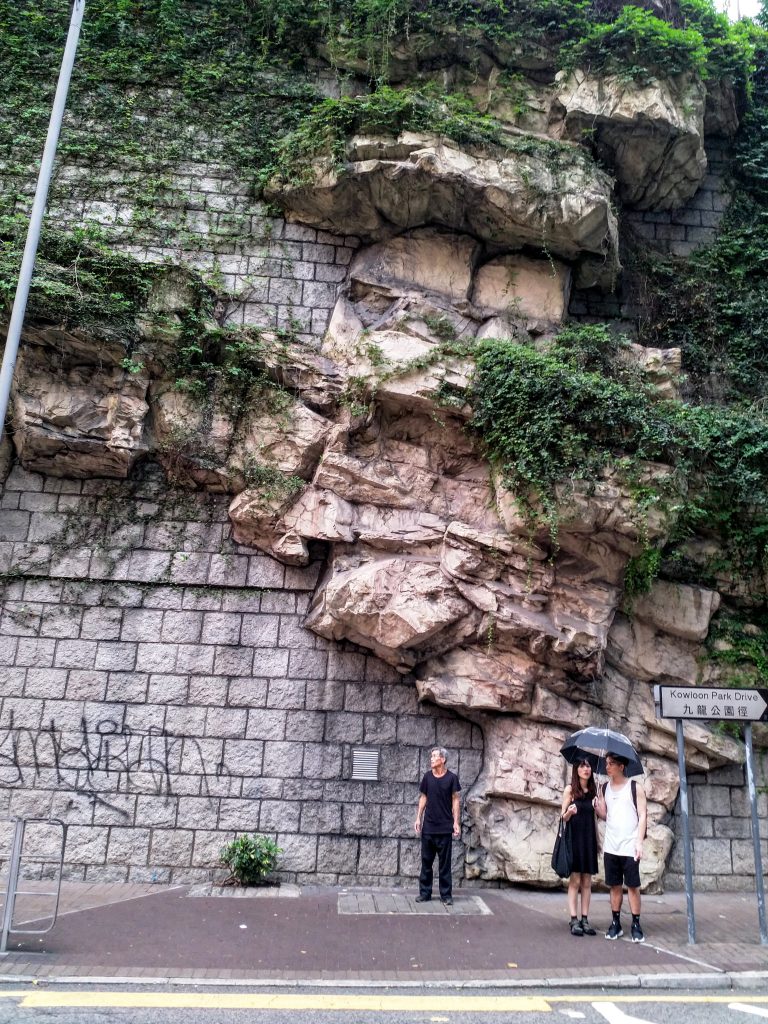 On Tuesday, 28 Aug, I headed to CityU in the morning for orientation. It was my first time going to the university, and I was excited to finally see what the place was like. Listed below are a selection of my first thoughts upon arriving at the school:
– definitely bigger than SUTD
– am I late??
– not as big as NUS though
– buildings look like some of the NTU academic buildings
– wah a lot of exchange students
– why got so much construction going on
– hope I’m not late

Yeah I was slightly late. In my defense I actually reached the venue on time but there was a crazy long queue of students waiting to take the elevator up to go to the auditorium.

Anyways, after the welcoming ceremony, I met up with Qiuhong (fellow SUTD-CityU exchange student) and we went to settle some administrative matters like completing the registration process to collect our Student ID card, after which we headed for lunch and then went for a campus tour. I was also very relieved to find that the canteen food was FAR more affordable than that of food-places outside, and at least comparable to SG prices.

There was also a welcoming session/”party” for the exchange students organised by the school’s Global Services Office, which we dropped by for a short while.

All in all, I liked the school, the environment seemed great, and I looked forward to starting classes here.

Later in the week, I met up with a couple of my SUTD Floorball teammates – who had just arrived in Hong Kong for their exchange at HKUST – for dinner and some more street wandering. It’s a nice feeling to meet up with familiar faces in an unfamiliar land; it brings a certain joy to your heart. And for me personally, it was also helpful to have friends around who spoke and understood Chinese. Although the locals by and large spoke Cantonese only, knowing and being able to speak Chinese is definitely better than nothing.

On Saturday, 1 Sep, Qiuhong and I travelled to Crossroads Foundation, a local non-profit organisation that Qiuhong had found online after doing some research to explore our options for places to do community service at. The journey there was a long one, taking us from central Hong Kong all the way to the west coast; thankfully the train ride was above-ground so we could at least take in some breathtaking, lush, green mountaineous views on our way there.

Crossroads Foundation is a Hong Kong-based organisation that aims to help link up people in need with those who can provide help – providing a crossroads between need and supply. We were there for a tour of their facility, and by the end of it, we were convinced that it was the right place for us to do our community service. They had a diverse team, with individuals from all over the world, all united by the common goal of effectively helping those in need. I felt inspired just being there amongst them, and was determined to make my time there worthwhile.

That’s all for my first week here. Can’t wait for what’s in store next week when school officially starts.