On the way up towards Lantau peak, the dark clouds with the slight orangey tint added a solemn backdrop for the Big Buddha when viewed from the cable car. The Big Buddha sits majestically on top of a long flight of steps. I was fortunate to be able to have a clear views of the Buddha when I reached as within minutes the entire place was shrouded with fogs, rain and falling temperature.

While the foggy weather added a sense of mystery to the surroundings, it also increased the difficulty to navigate around. Despite the poor visibility, I was adamant to visit the wisdom path which was a short walk away from the big Buddha. Since most tourists were seeking shelters from the rain and the fog, there were no one at the wisdom path. I was able to enjoy a brief moment of serenity and appreciate the carvings on the monuments. 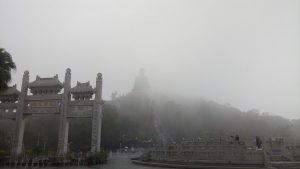 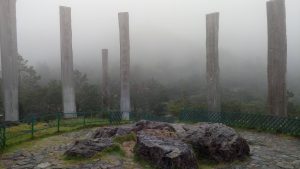 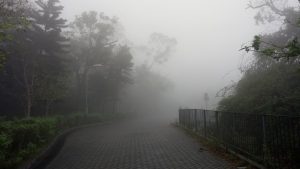 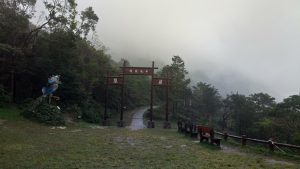 The Tai O village is a small fishing village located on the western part of Lantau Island. There is a direct bus service from the Big Buddha that goes towards Tai O. It feels very similar to the fishing village that I visited in Lamma Island where there are many local stores selling dried seafood and delicacies. There are also tours by the locals that would bring the tourists to see the dolphins using their fishing boat. Tai O was featured in many travel shows and Hong Kong dramas so I was rather familiar with its name before I came to Lantau Island. 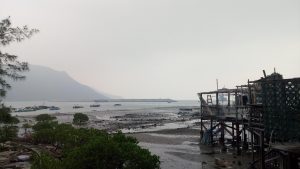 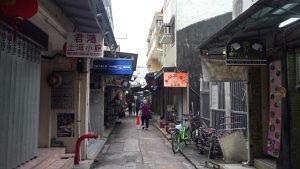 On the way back via the cable car, the weather worsened and the white fog blinded the views for the entire journey.  It was a little disappointing given the fees we had to pay to ride the cable car. Overall, it was an interesting journey to see another aspect of Hong Kong.