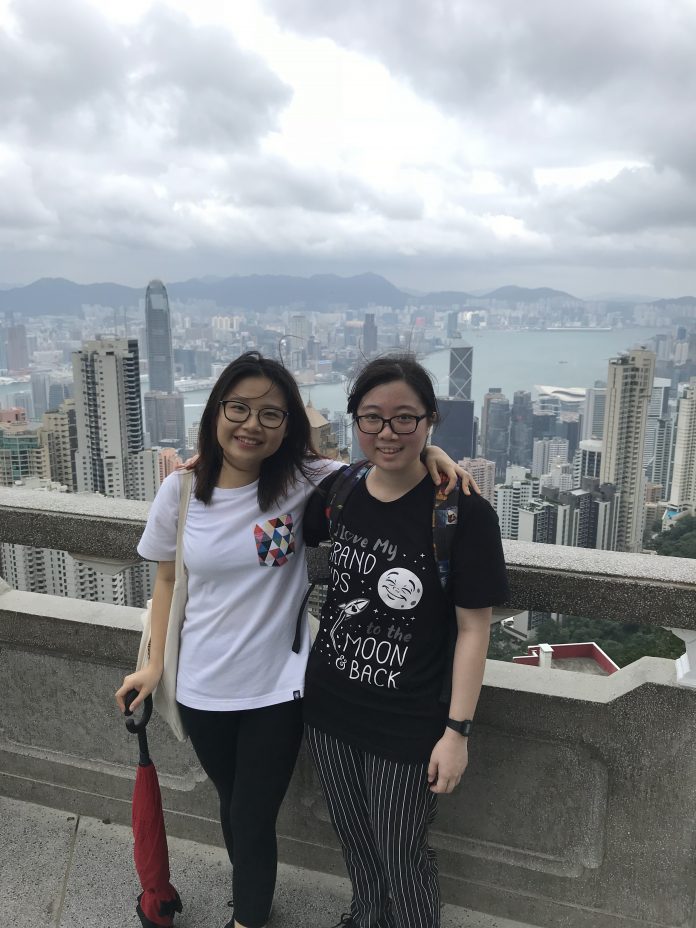 The second week into this semester, a super typhoon Mangkhut smashed Hong Kong hard and caused serious damage. Looking back, even though I am so used to typhoons growing up in Southern China, Mangkhut is the most powerful tropical cyclone that I have ever witnessed. 55,000 trees were wrecked by the typhoon and millions of people were stuck indoors on 16 September.

On 12 September, an announcement about Typhoon Mangkhut was made but that did not stop me and Qiu Hong from going for our first ever hike in Hong Kong. The day started off with strong wind and heavy rain, which seemed to be a good warmup for a mega-typhoon. We began our hike from Pok Fu Lam Country Park and hiked along the main road all the way to the Peak. It was an easy hike but the wind was definitely blowing strong. We were worried that it would start raining again before we made it to the peak so we decided to speed up. After half an hour, we were rewarded with some picturesque views that were rare in Singapore.

Victoria’s Peak is the most iconic view that we always see on TVs, especially for me as I grew up watching TVB and Hong Kong dramas. However, this was the first time that I saw it in the daytime. After that, we took a path behind and went to explore Tai Kwun. Situated in Central, Tai Kwun is the restore Central Police Station compound that comprises of three declared monuments—the former Central Police Station, Central Magistracy and Victoria Prison. It is now used as a center for heritage, arts, and exhibition.

Before going back home, we decided to reward ourselves with some good food in Hong Kong, the famous Wonton Noodles recommended by Michelin Guide. 🙂