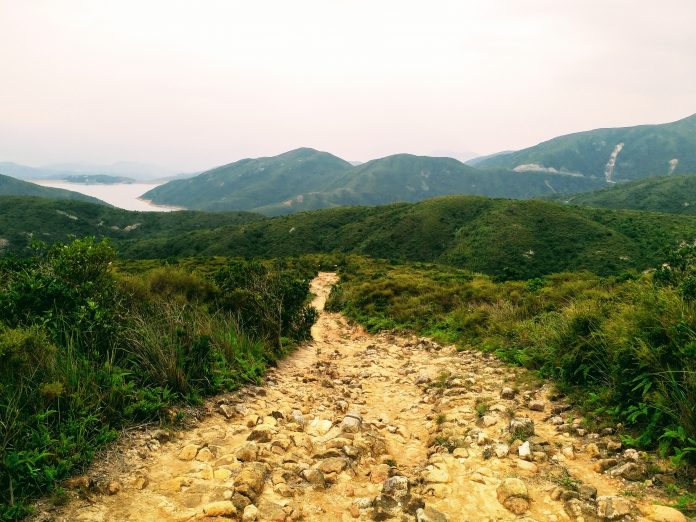 This week was about settling down, establishing a routine and overcoming mountains.

On Sun, 2 Sep, I headed down to Central, HK Island, with Frankie (SUTD floorball mate, on exchange at HKUST) for lunch. I downloaded a local app called OpenRice upon my landlord’s recommendation; it lists food-places by location, and allows users to upload photos of the food and menus as well as leave a rating/review of the place. What was really useful however was the advanced search options available in the app; it became a very handy tool for me to find vegetarian eateries and places with vegetarian or “meatless” food options. We had lunch at a place called Ebeneezer’s – a Middle Eastern-Western fusion style restaurant-cafe that we would come to eat at multiple times over the course of our stay in HK (~foreshadowing~).

After lunch, we caught a movie-screening of “Kimi No Na Wa” (aka “Your Name”) at the Tai Kwun Centre for Heritage and Arts. It was part of the ongoing “Sunday Movie” series at Tai Kwun, where every Sunday they would screen a critically acclaimed animated movie – both Eastern and Western – for public viewing, free of charge. It was a very moving movie that left me feeling uncharacteristically emotional on a Sunday afternoon.

In the evening, we went to the YMCA King’s Park Centenary Centre (KPCC) – which was actually just a 10min walk from my hostel – to join a recreational floorball session (which Frankie managed to find out about online, prior to our trip). It turned out to be a surprisingly intense 1-hour session of floorball, and a much-needed workout after a week of a lot of eating out and no exercise. Fortunately, everyone there spoke English fluently, so we managed to exchange contacts with the person in-charge there and get the full, proper details of the schedule and payment information. Unfortunately, it was quite expensive actually (approx. S$26 per session). Fortunately, 1) the first session was free, and 2) there was a student discount, as well as a “season” discount if we paid upfront for all 10 sessions from Sep to Nov, which brought down the cost to about S$14 per session – a price I was willing to pay for my weekly floorball fix.

First official week of school. I was honestly quite excited. The curriculum structure in CityU was however vastly different from SUTD. Each module mainly comprises just one long (2-hour or 3-hour) lecture per week. There is little opportunity for any interactions with your classmates/lecturemates. This is further compounded by most students already having their own circles/cliques that they stick to both in and out of lectures. My interactions with other students throughout the first week was pretty much limited to smiles and nods of acknowledgement. Nevertheless, three of my modules have lab sessions on certain weeks later on in the course, so hopefully I will be able to interact with other local students more during those sessions.

I also made a rather bold move, deciding to overload my semester with not one but two modules, so I’m taking a total of six courses this semester. Even though I won’t be able to map back the additional courses, I decided to just go ahead anyway as I was very keen to take them. One of them was Basic Cantonese for Non-Chinese Speakers, for which initially the quota was full but during the final add/drop period, I randomly went to check out the course and saw that two places were suddenly available! It’s like seeing a pair of shoes that you had your eye on for a while have its price slashed 70% and then seeing that there’s only one pair left: I immediately added it.

Food-wise, I was happy to learn that the food options available at the main canteen were (relatively) very affordable and tasted decent. There weren’t many options for vegetarians, but the other canteens were more expensive and I figured so long as I’m in school I should spend as little money on food as possible (and fill my stomach as much as possible) as the amount spent easily doubles to triples if I were to buy a meal outside. #$AVEDATMONEY

On Wed, Frankie, Erin and I went to check out Fa Yuen Street, also (more famously) known as SNEAKER STREET! Hong Kong is renowned for being a streetwear and sneaker shopping heaven, so we were excited to check out the Sneaker Street over here.

And the nickname was rightfully given: literally almost every single store along the street was a streetwear store – be it shoes, apparel or a mixture of both. However, one thing I noticed quickly was that many of the shops felt like duplicates of one another, from the look and feel of the shops to the actual products that the shops carried. On top of that, even official brand stores like adidas and Nike had multiple outlets throughout the street; adidas alone had like five or six stores spread out across the length of the road, on either side.

While the quantity of shops and goods available was certainly overwhelming, I felt like there was a serious lack in unique offerings. There were only a handful of stores that were worth taking note of, and the further we walked the more sian it got as so many shops gave me the “haven’t we been here already” feeling. Nevertheless it was still a dope experience walking Sneaker Street and just taking in the streetwear atmosphere / v i b e . It would be a good place to grab a pair of casual beaters or t-shirts during sale periods.

I travelled over to HKUST to meet Erin, Frankie and Co. for lunch on Thurs, as I had just one class in the morning and was free for the rest of the day. HKUST was really far away, perched on the hills along the eastern coast of Hong Kong; it was about a 45min journey from CityU, and one I will likely not make again unless I really bo liao. HKUST was bigger and more spread out than CityU, and was also built in a more open way that allowed natural sunlight and wind into the campus. The coastal breeze was fabulous, and I can only imagine how cold it could get on winter nights.

Turned out there was an Ebeneezer’s at their campus too (!) and that’s where we had our lunch (*dun dun* ~foreshadowed~). The prices there were like almost half of what we paid at the Central Ebeneezer’s, to my very pleasant surprise. Nevertheless, food is still so much more expensive here than in Singapore. Afterwards, I took a nap in their hostel common room and then went back to Jordan.

On Sat, we went for our first hike in Hong Kong, taking on the mighty MacLehose Trail! The whole trail measures a whopping 100km and stretches across the whole of Hong Kong, from east to west. Our hike plan for the day only comprised completing sections 1-2 of the trail, located north-east of Sai Kung in the New Territories.

It was a supremely draining hike, due to the many literal ups and downs along the trail. I have not done much *real* hiking before, so this one easily took the No.1 spot as the toughest hike I had ever done thus far. There were so many instances when I nearly lost balance or turned my ankle because of the rockiness of all the uphill and downhill slope paths, but thankfully I always managed to find my footing. 🙂

As exhausting as it was, it was also reinvigorating at the same time. The incredible views, and just the sights, sounds and smells along the way were all just so refreshing to my mind and body. I loved every bit of the hike. We were even blessed with really ideal weather for the most part, so I was really very grateful for that. In total, we covered about 27km in distance. You can check out some of the pictures I snapped from the hike below! 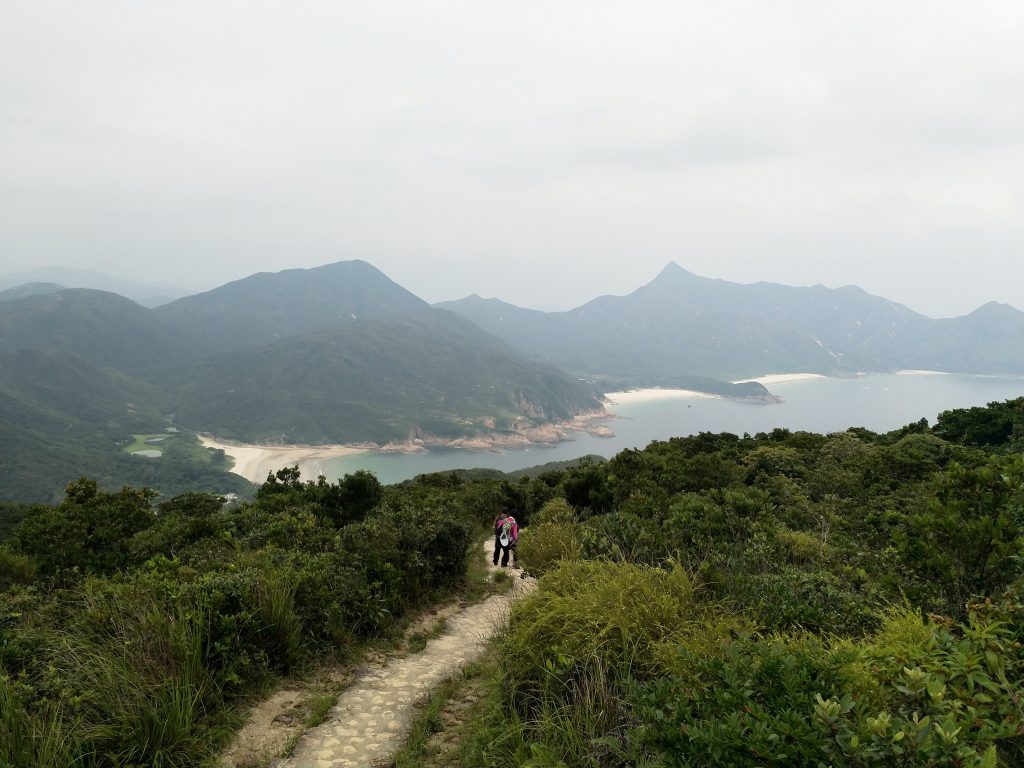 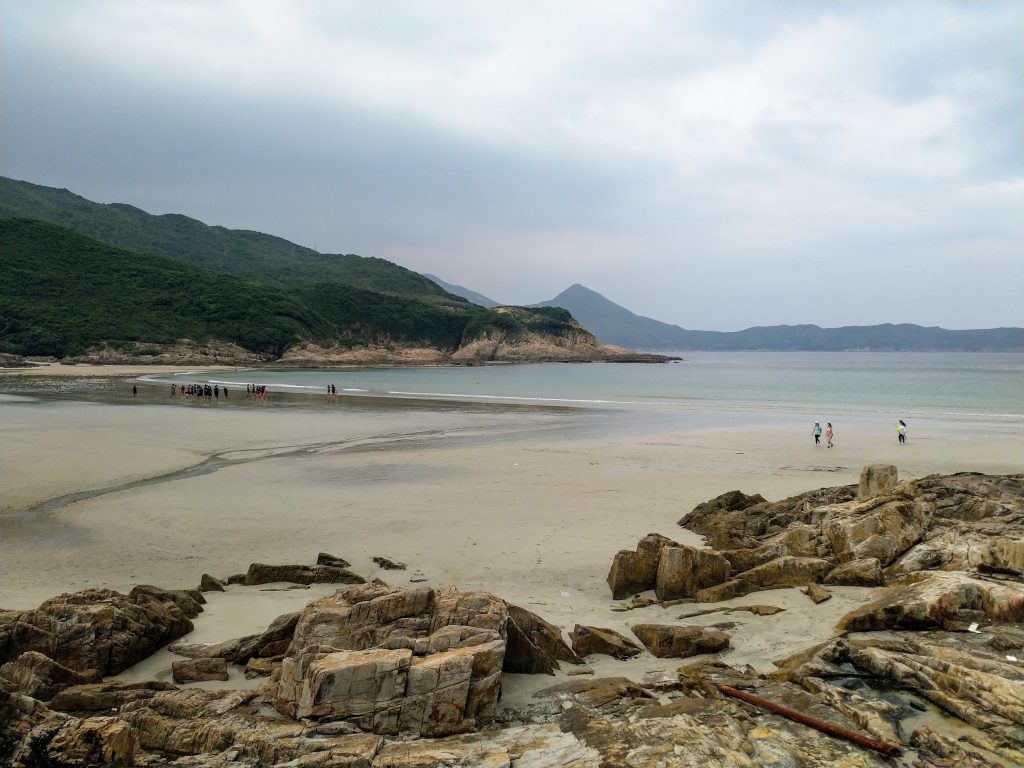 While the city-dwellers of Hong Kong can grow tired and weary of living in their densely populated concrete jungle neighbourhoods, there is such a wealth of nature that they can escape to any time. Hong Kong has numerous country parks (read: nature reserves) and hiking trails that are all very expansive – bigger than anything you can find in Singapore. While Singapore’s residential areas are far more balanced with greenery and green spaces, I am thankful for Hong Kong’s large reserves of wilderness and hope to go on many more such hikes (and maybe even complete the MacLehose Trail) during my time here.

Excited for the week ahead.