Pocheon is an inland city in the far northeastern region of Gyeonggi province in South Korea. Pocheon lies between Seoul and the mountainous northwestern areas of Gangwon province.

During my day trip, I visited 2 of the well-known places in Pocheon which are the Pocheon Art Valley & Pocheon Herb Island.

To travel to Pocheon, you can take Bus No 3000 or Bus No 3001 from Dong Seoul Bus Terminal located at Gangbyeon Station on the subway line. The bus ride is approximately 1hour 30 mins and cost 6400WON. Alight at Pocheon Intercity Bus Terminal.

Our first destination in Pocheon was Pocheon Art Valley. To get there, we took a cab as there were 4 of us and is relatively cheaper if we were to split the cost. Once we are there, we bought the admission tickets and the monorail tickets. The monorail takes us up the mountain and the view was really pretty as well. 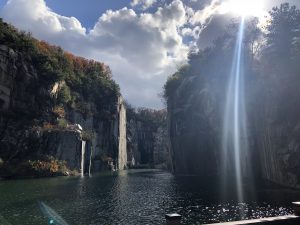 If you are K-Drama Fan, you must recognize this place. It is the hot location for drama shooting and you can find it from those popular K-drama, such as The Legend of the Blue Sea and Moon Lovers: Scarlet Heart Ryeo. At the Art Valley, you can also find the Pocheon Art Valley Astronomical Science Museum and various programs such as a planned exhibition, weekend performance and more.
For the second destination, we visited the Pocheon Herb Island.

As you reach the place, the first thing that caught our eyes were the historic replicas of a traditional Korean village with a vintage looking school room, restaurant, mama shops, and photo spots. Take the opportunity to snap some instagrammable shots! 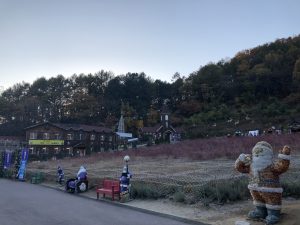 Another highlight of the Pocheon Herb Island is the Santa Village. There are many Santa Statues situated around the Santa Village. Highly recommend visiting this location during Christmas as the Forest Garden is completely blanketed with a multitude of colorful Christmas lights and displays. 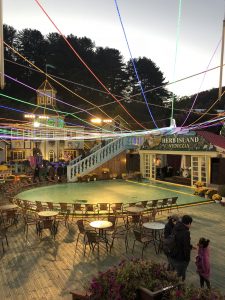 Another spot will be a Venice themed area which consists of Gondolas, bridges, and river which will be perfect to wander around in the evening, especially with the night festival. 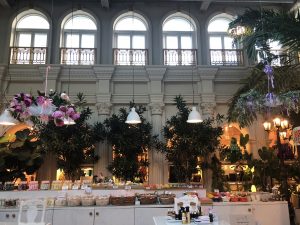 Before leaving Pocheon Herb Island, don’t forget to visit the Hyang-gi Shop (Aroma Shop). You will be offered some herb teas and there are a variety of souvenirs you could get.

This concludes my Day Trip to Pocheon. Till next time!!