One of the purchases that I’m the most happy with by far is my second-hand bike because like Singapore, Taipei City is almost flat throughout and it allows me to explore at a pace that isn’t too fast as in a bus and not too slow either. On one of the nights, I decided to cycle to Huashan 1914 Creative Park, which used to be a winery since the Japanese Rule and subsequently reconstructed in 2003 into a space for artists to develop their creations and for non-profit organisations to hold activities. At the entrance of the park I was met with a bulldog that looked more glamorous than I’ll ever be, sitting pretty with a pair of shades to protect its vision from the spotlight of attention from onlooking passersby’s.

As I took a few pictures and gave it a few pats, it led to a cynical yet hearty conversation with the dog owner, which took up my entire night in the end. He claims that the shades were a symbol of his silent protest regarding Taiwan as a “dark” place that he lives in. Self-proclaimed to fall under the marginalized of society, he expressed his discontentment towards the government in terms of their internal disagreements, competency in handling bi-lateral relations as well as rising costs of living, and offered a comparison between Singapore and Taiwan to explain his plight. Perhaps the shades as a protest symbol was a joke but I’m certain his resentment wasn’t. While every country is commonly known for certain things, Taiwan being the land of bubble tea, night markets and street food as well as the “Economic Miracle” which placed them amongst the “4 Asian Tigers”, it was insightful to hear from someone’s first-hand experience, possibly subjective, of the collateral damage of economic pursuits and political relations that trickle down the social structure of Taiwan.

On one of the nights, I chanced upon a public event that entailed a table-top discussion that revolved around the theme of language as more than just a tool to convey meaning, but how it shapes our thinking. It was held at a nearby café and the crowd wasn’t quite what I expected. The demographics of the small group was highly diverse, with everyone coming from a range of age, background, country and culture, and it only added to the quality of the discussion. It was initially quite intimidating being the youngest one in a group of total strangers but we were soon bonded by an exchange of culture and perspectives. 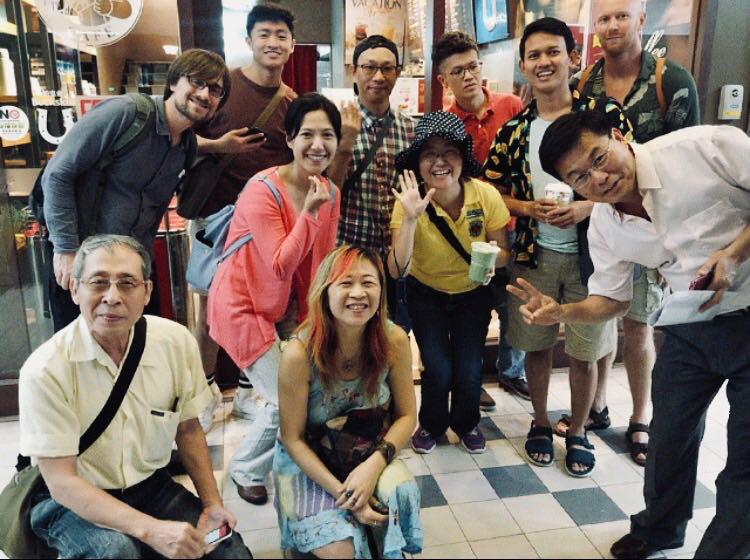 Through a series of activities and discussions, we saw how aspects such as gender-specificity, sarcasm, connotations and nuances differed in degree across languages and cultural contexts when we all ended up taking away different ideas about a single message that was being conveyed in plain translation. From the point of view of an ISTD student, it implies that while the trajectory of AI advancement brings the possibility of recreating the human’s 5 senses as well as rational intelligence, the deeper aspects of language embedded within culture and emotions are closely tied to the core of the human perception, and may never be something that could be encapsulated by a series of code and logic. These little moments of connection also gave me some quick peeks into the worldviews and lives of people that I’ve never met before and probably never going to meet again, which was fleeting yet incredibly enriching and in some cases, inspiring.