On one of my free days, I chanced upon an event on street photography, where we would bring our camera and tour certain streets of Taipei in an attempt to take photos that exhibit a local flavour. Interestingly, the group was composed of mostly Taiwanese but was led by a New Zealander, Max, who grew up in UK, moved to Ghana and subsequently China and recently to Taiwan. 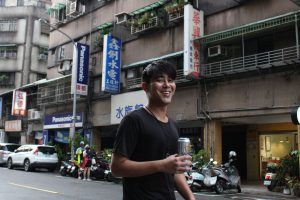 He came from a finance background in the banking industry but felt a tug in his heart to leave the rat race and subsequently explored many non-profit side projects ranging from UX designs to photography to Web development and currently he’s a freelance UX designer working in Taipei. Hearing about his reasons for moving around and constantly doing different things at the prime age of his life was really apt in providing new perspectives for me, who is currently facing a full-blown quarter-life crisis before full-blown adulthood runs me over in a few months. He resonates with Steve Job’s famous philosophy on “connecting the dots” and aims to explore different directions in hopes of finding the overlap in future, instead of heading full-on in a direction which might not match the direction of his internal compass. While Steve Jobs may be the one in a million who made a great deal out of the pursuit of his heart, things done out of genuine passion is highly compelling in a world where almost everything runs on money. This actually attracted highly talented professionals to work with Max, on his side projects for free. Max has a faith that life will take care of itself if you follow the calling of your heart rather than the lure of material excess. 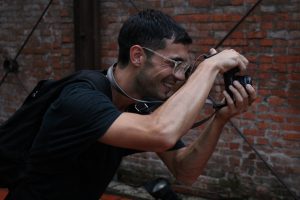 One of the first things he told me was his reason for moving to Taiwan, where he was drawn to the authenticity of everything here, from the arts scene to Chinese culture to street architecture, which has been eroded in highly modernized metropolitans. It’s also interesting to hear about the other passions of some other Taiwanese locals who were there, including Chinese cultural studies, electronic music, beat-making and rapping, which served to confirm his claims. These were some perspectives that made me feel like a bird stuck in a cage and I find it incredibly inspiring and has shaken some aspects of my worldview which I used to be so sure of. 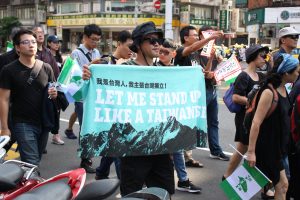 On another day, I stumbled upon a rally march outside of my school gate that was heading towards Ketagalan Boulevard, in front of the Presidential Office Building. Amidst the blaring loudspeakers, waving flags and sea of people, it took me awhile to learn that it was a march for Taiwan’s independence and also to commemorate the death of Su Beng, a leftist revolutionary widely known as the father of Taiwan independence for his efforts to liberate the island from colonial rule, who lived to the ripe old age of 100. 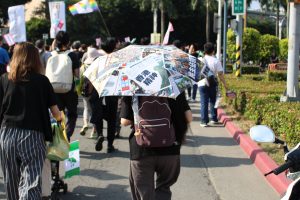 In Taiwan, there is freedom of speech and such marches could be held as long as approval is sought and general order is being maintained by the public. This was highly interesting to a foreigner like me and I decided to find out more about it out of my curious nature. Being a typical Singaporean young adult that keeps Singapore politics at the periphery of my life, I struck a conversation with a Taiwanese who looked my age regarding his strong political views. He gave me a brief insight on Taiwan’s history, the story of Sun Yat Sen and Chiang Kai Shek and the reason why Taiwan still has its name as Republic of China. 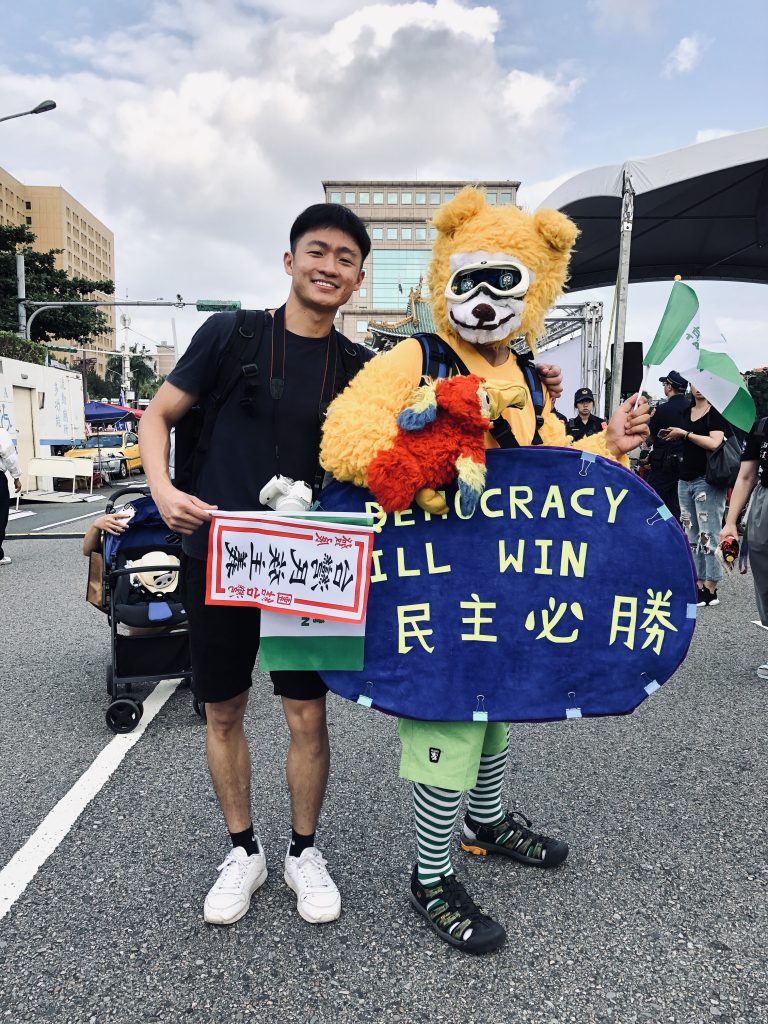 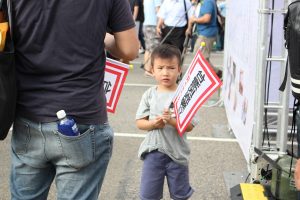 Another middle-aged man also told me his views on the KMT reign in the past and the current DPP rule as well as his take on democracy. In the short span of time I spent in Taiwan, the sentiments towards the politics of the nation that I have gathered are highly polarised and it makes me think critically of Singapore’s political system, eventually being grateful for the stability we have enjoyed over the past decades. 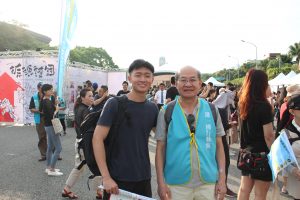