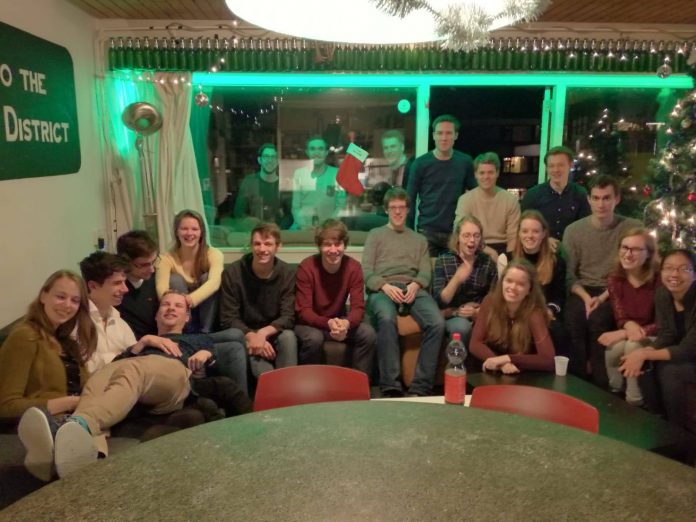 On the 11th of January, I joined the UTwente’s Athletics Association, Kronos for a New Year’s Dinner. This year’s lustrum was especially special because Kronos was celebrating their 11th Lustrum! A Lustrum is a celebration held by an association every 5 years. We each had to contribute ingredients for the Lustrum and I decided to bring ice cream because everybody loves ice cream.

The New Year’s Dinner was held at one of the student apartments at Calslaan where there was a huge green Kronos flag and green lights decorating the window of the apartment. The apartment was also playfully called the green light district.

The dinner was something similar to K-BBQ but without any spice because Dutch people are not very good at tolerating spicy food. The organizers of the Dinner bought two-layer grills where you could grill your food at the the top plate/level and there were also mini pans for you to put food and grill them at the bottom level.

The dinner kicked off with a short toast from the current Association Chairman. Then we had lots of fun grilling vegeatbles and various meat prepared by the organizing committee. As with any social event, there was alcohol (mainly Grolsch beer) available. The best part of the dinner was when dessert was served. A jug of pancake mix was passed around and we could use the mini-pans to “grill” and cook our own pancake :3 We could also top our pancakes with ice-cream (yum!). Apparently in the Netherlands pancakes are not a breakfast food so that was great :D.

After the dinner, we enjoyed more beer (the student apartment was packed with beer, lots and lots of beer). We took a group photo and then began packing up. As with any social activity, the night ended with more beer and some dancing at UTwente’s very own Vesting bar. 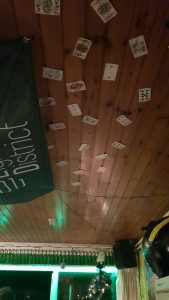 The ceiling was decorated with playing cards. The student apartment aesthetics were out of this world. lifegoals 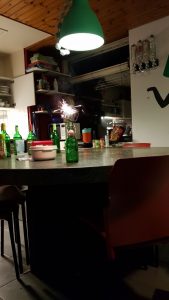 After dinner, the organizing committee lit this sparkler in the shape of 2019 and the team sat on the couch watching it burn out. I really appreciated chill and simple moments like these during my exchange. The students there did not see any need for big or fancy activities to be entertained. They simply enjoyed spending time and being together with each other :3 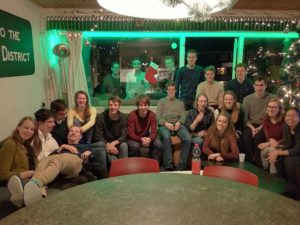 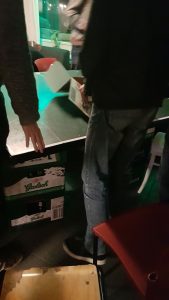 True Engineers use beer cartons and the top of a ping pong table instead of getting a foldable table. In fact the permanent coffee table in the apartment was made of beer cartons and a heavy plank of glass. 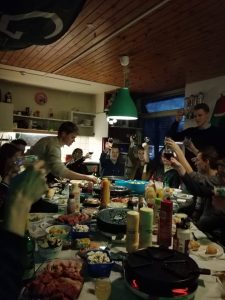 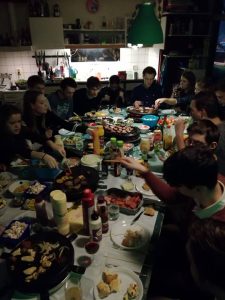 New Year’s Dinner! There was so much food! :3 OM NOM NOM 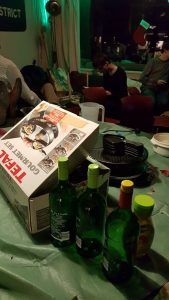